1. Keith Laumer is an author I’ve only dabbled in—a few short stories in an anthology here and there. Another (one of twenty?) Laumer volume joins my collection. With a solid Richard Powers’ cover!

2. I finally picked up a copy of Ursula Le Guin’s The Lathe of Heaven (1971)—one of her few early works lacking from my collection. I recently read and enjoyed The Word for World is Forest (1972).

3. According to a goodreads review, Justin Leiber’s novel “a hard sci-fi take on gender dysphoria.” SF Encyclopedia emphasizes how Justin Leiber, Fritz Leiber’s son, “used sf as a medium  for speculation in his field of interest, the philosophy of the mind.” Call me intrigued about Beyond Rejection (1980)….. and suspicious.

4. The unknown quantity of this post. Have you read any of his work? Or heard of his most “famous” novel Time-Slip (1986)? Joachim Boaz, taking risks since the birth of this abomination (website).

(Richard Powers’ cover for the 1969 edition)

From the back cover: “Enter the enthralling future world of Keith Laumer, one of the most creative and compelling minds in science fiction today…

Does the System threaten to punch-card you? Watch Mart Malden, forced school dropout, try to bean an infallible system on his “Placement Test.”

Anxious to get away from small-town living? Take “A Trip to the City” with Bret hale, but beware of the frightening world that awaits you at the end of an all too short train ride.

Feel like prisoners in your own home? Flora Trimple has been inside “The walls” for so long that she doesn’t even know if there is a world existing beyond her front door.

THERE’S A WORLD BEYOND YOURS… and it’s all here.” 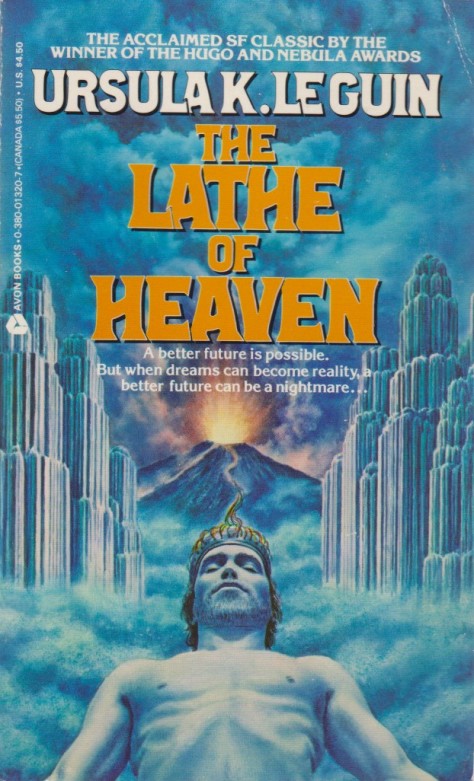 (Uncredited cover for the 1995 edition)

From the back cover: “IF DREAMS COULD CHANGE THE WORLD…A DREAMER COULD DESTROY IT.

George Orr’s dreams do change the world. He is the only one who knows it… he and the power-mad psychiatrist who is forcing George to dream a new reality, a better reality, free from war, disease, overpopulation, and all human misery.

But for every man-made dream of utopia, there is a terrifying, unforeseeable consequence, and George must dream seeking a perfect future. Until the very essence of cosmic reality begins to disintegrate.

THE LATHE OF HEAVEN is perhaps the finest, most eerily provocative renowned for the dramatic force of her vision.”

From the inside flap: “Someone has taken the body of Ismael Forth. But thanks to modern medicine, his prerecorded personality tapes have been implanted in a new body…

The body of a woman, formerly Sally Cadmus. An attractive female body with an elegant, bioprosthetic, prehensile tail.

As a compromise with the body’s former occupant, Ismael becomes Patricia Forth, and learns—with the help of Candy Darling, a Federation agent with an 11-year-old body and an 80-year-old mind–that Ismael’s body had disappeared on a space trip.

Yet the real Ismael, Patricia knew, would never have taken such a trip. That knowledge, coupled with the mysterious disappearance of other bodies, takes Candy and Patricia to the planet Rime, on a fast-paced, breathtaking adventure—in search of Ismael’s old body and hard on the tracks of a ruthless and illegal group of body-snatchers.

And all the while Patricia, née Ismael/Sally, is the solitary actor in an even more gripping drama: the reconciliation of her two former roles into one, and the creation of a new self.” 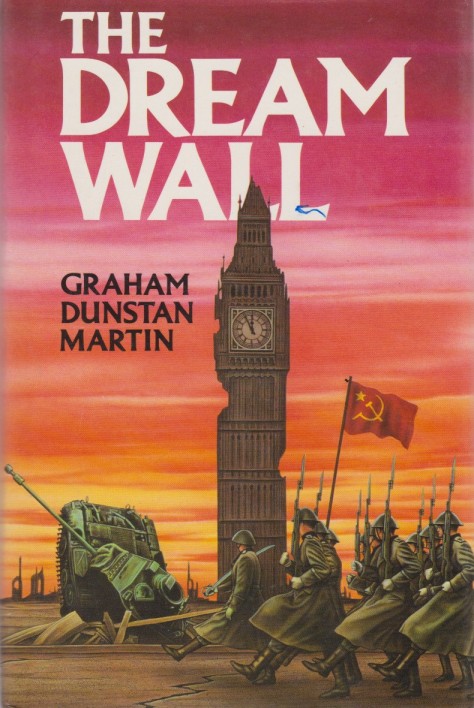 From the inside flap: “In the nightmare worlds of the 22nd century, Britain has become a Communist state after the Glorious Revolution of 2009.

People’s Friends line the streets, cradling their machine guns; the dead of night is shattered by cries, and in the morning another apartment lies empty.

Yet Our Beloved Leader still strives towards a perfect world in which all citizens conform. For still men are neither equal nor happy!

Our Beloved Leader has the solution. To eliminate that last inner refuge of the individual—his dreams.

Sue and John Mathieson dream of a world very different from their own. But soon it becomes impossible to tell the two worlds apart. The jackboots begin to approach the dream wall…”