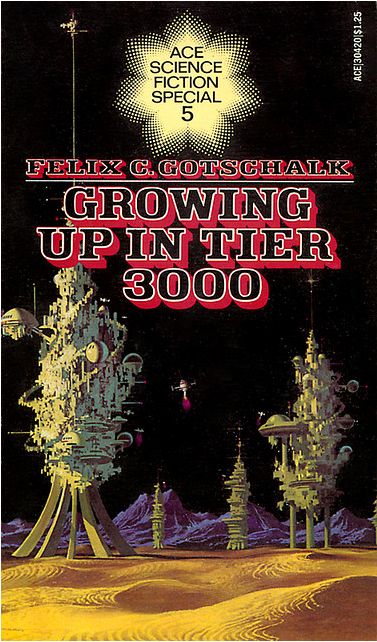 “After a seven days’ march through woodland, the traveler directed towards Baucis cannot see the city and yet he has arrived.  The slender stilts that rise from the grown at a great distance from one another and are lost above the clouds that support the city […] There are three hypotheses about the inhabitants of Baucis: that they hate the earth; that they respect it to much they avoid all contact; that they love it as it was before they existed and with spyglasses and telescopes aimed downward they never tire of examining it, leaf by leaf, stone by stone, ant by ant, contemplating with fascination their own absence” — Italo Calvino (Invisible Cities, 1972, pg. 77)

In the 1960s the sci-fi covers of the major publishers Dell, Berkley Medallion, Signet, Avon, Ace (etc) ran the gamut from Richard Powers’ avant-garde landscapes and conglomerate faces to the fantastic collages of a relatively unknown artist by the name of Hoot von Zitzewitz (Hubertus Octavio von Zitzewitz).

I’ve cobbled together a few bits of a biography (if any one knows some more concrete facts let me know).  He was a fine arts teacher at Hofstra University and passed away around 2002.  Hoot worke END_OF_DOCUMENT_TOKEN_TO_BE_REPLACED

Alex Schomburg (1905-1998) produced only a handful of novel covers in the 60s (his classic 50s covers can be found here).  But what a beautiful handful!  It’s a shame because they evoke genuine excitement and wonder — especially Kuttner’s The Well of the Worlds (above) and one of my favorites, Moore and Kuttner’s Earth’s Last Citadel (below).  They are dynamic, vivid, and occasionally END_OF_DOCUMENT_TOKEN_TO_BE_REPLACED

The covers of Vincent Di Fate (1945-) often evoke a Terry Gilliam-esque romp — for example, Ron Goulart’s Plunder — a lone facade and a house dot a purple and green plain, mountains emerge in the distance, planets pepper the sky, a head floats ominously, a bizarre reptilian creature in a boatie rides an antique bicycle.  I desperately want to know if it’s a scene from the book.  If so, I’m tracking down a copy!

I’ve never been a fan of A. E. van Vogt.  A while back, having just finished his “masterpiece” The World of Null-A (1948), I headed to the used book store and saw Jerome Podwil’s cover for Vogt’s sequel, The Players of Null-A (1966) and had to pick it up.  Simply put, it is a spectacular piece of art.  Discovering Podwil’s Calder-esque machine extending its limbs across the plain made me pay more attention to the covers as art and the artists who made them.  Hence this series of posts! (Adventures in Science Fiction Art Index)

(Are any of the books worth reading? What’s your favorite of his work (perhaps one I haven’t listed)?)

END_OF_DOCUMENT_TOKEN_TO_BE_REPLACED

Spontaneously conjure with but a meer glance — Excitement! Wonder! Adventure!

The best of the covers of old 50s/60s juveniles (sci-fi for younger readers) always stirs the recumbent inklings of adolescent wonder…  Intrepid boy/men (sadly, rarely women) trek across the “expanses” of the space — rarely expansive, more like puddle jumping from planet to planet with the phrase, “and the hyperdrive shook the ship but John wasn’t afraid because he had once ridden a farm cart with one of them spooked horses back home in Smalltown, US of A” — discovering planets, setting up colonies, angering some weird looking END_OF_DOCUMENT_TOKEN_TO_BE_REPLACED

Robert Foster produced only a handful of science fiction covers.  The most inventive graced a span of Frederik Pohl novels and short story collections released by Ballantine Books in the late 60s.  Sadly, I can find no information about the artist himself online (if you do please let me know).  Here’s a selection of the most interesting, haunting, and spectacular…

(ranks among my favorite covers of all time)

(Cover for the 1969 edition of Turn Left at Thursday (1961), Frederik Pohl) END_OF_DOCUMENT_TOKEN_TO_BE_REPLACED 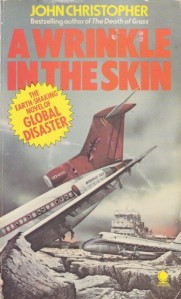 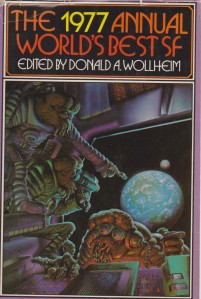 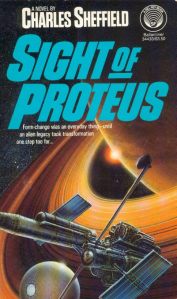 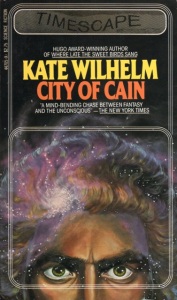