From the back cover: “‘Begotten of Imagination, on the body of Technology, there springs forth the wild child Science Fiction.’ –Clifton Fadiman

The above is one of the many attempts that have been made to describe a department of fiction which, in spite of some sniping critics, continues to increase its followers. Recently Bertrand Russell observed that science fiction consists of ‘intelligent anticipation–much more intelligent than the expectations of statesmen.’

END_OF_DOCUMENT_TOKEN_TO_BE_REPLACED

A nice batch of used book store finds.  Including the best of surprises i.e. when a clearance $1 SF novel by a rather famous author turns out to be signed!  I only realized it when I sat down to type up this post.

I have officially delved into the 80s—2theD at SF Potpourri included this novel in his “should be picked up by Gollancz Masterworks” list so I grabbed a hardback copy.

And some early Gene Wolfe….

Thoughts on any of the novels?

I just came back from more than a month in Paris where I was rather sci-fi deprived so I headed immediately (well, not literally) to the local used bookstore.  A nice collection of novels from some of the genre’s greats — Hal Clement, James White, Clifford D. Simak, and Marion Zimmer Bradley.  I’ve not read any of Bradley’s novels and I’ve heard that Darkover Landfall (1972) is probably the place to start.

And I’ve enjoyed James White’s work so far.  Clement isn’t exactly my cup of tea but it might be good to read another one of his novels before I come to a conclusion.

And some fun Paul Lehr covers…

Hal Clement’s Mission of Gravity (1953) is generally considered one of the early classic (and most influential) novels of the hard science fiction subgenre.  The care in which Clement lavishes on the fascinating world of Mesklin is manifest on virtually every page.  The inherent logic of the unusual scientific properties of the planet Mesklin provides the superstructure for Clement’s development of the intelligent species that inhabits it and generates the majority of the plot.  Clement, a Harvard educated astronomer, applies the (remorseless) logic of the world to almost every situation and every paragraph creating a convincing, if rather laborious END_OF_DOCUMENT_TOKEN_TO_BE_REPLACED

I finally have a copy of Hal Clement’s hard science fiction masterpiece, Mission of Gravity (1953)…  And a collection of William Tenn’s short stories with a downright gorgeous Powers cover — Tenn is supposedly up there with Sheckley in the satirical pantheon of the 50s… Among others…

Has anyone read Michael Frayn’s A Very Private Live (1968)?  I’ve never heard of it before but the Lehr cover was too amazing to pass up… 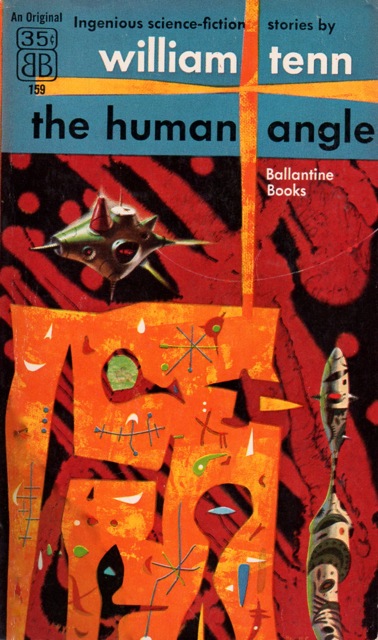 From the inside flap: “WIT: an extra-terrestrial sells pornographic literature END_OF_DOCUMENT_TOKEN_TO_BE_REPLACED

A nice selection of books from my fellow book reviewer at Potpourri of Science Fiction Literature and a few from a recent trip to Indianapolis — the fried chicken and waffles at Maxine’s were far superior to their used book stores….

My trilogy of dark/brilliant/disturbed Malzberg novels dealing with the space program, The Falling Astronauts (1971), Revelations (1972), and Beyond Apollo (1972) is now complete!  When I get around to reading The Falling Astronauts I will put together a special post with a series of intriguing space program documents given to me by my fiancé — including a hilarious 1965 publication, The Astronauts & Their Families, where real life astronauts pose with their happy families, play with puppies, teach their children to shoot rifles, pose with their cars, pretend to play at the piano, etc — i.e. the oposite of Malzberg’s vision of the “manliest” of American heroes…

The Moorcock novel, The Ice Schooner (1969) was a rather impulsive buy — I’ve yet to read any of his works, but voyagers to cities wreathed in ice is always a fun trope.

Clement’s Through the Eye of the Needle (1978) is the sequel to Needle (magazine 1949) — I’ll probably want to find a copy of the first in the series before I give the sequel a shot…. 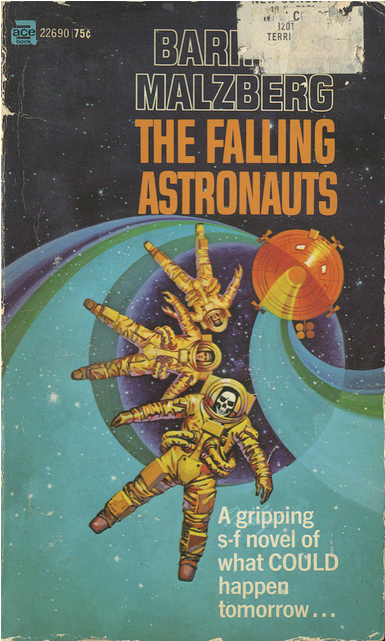 (spoilers — however, most back covers also ruin the great surprise)

Hal Clement, an Oxford educated astronomer who contributed immensely to the hard-science fiction movement, is best known for his books Mission of Gravity and Needle, however Iceworld END_OF_DOCUMENT_TOKEN_TO_BE_REPLACED