Burt Shonberg (1933-1977) produced only one SF cover for the Fantastic Science Fiction Stories (June 1960), ed. Cele Goldsmith. I adore the etched helmet, the lack of a distinct face, the looking backward at a similar form emerging…. I wish more magazines commissioned covers from him–he could have added a nice visual wrinkle to the fair of the day. Here’s the isfdb.org listing for the issue–do you know which story he’s illustrating? 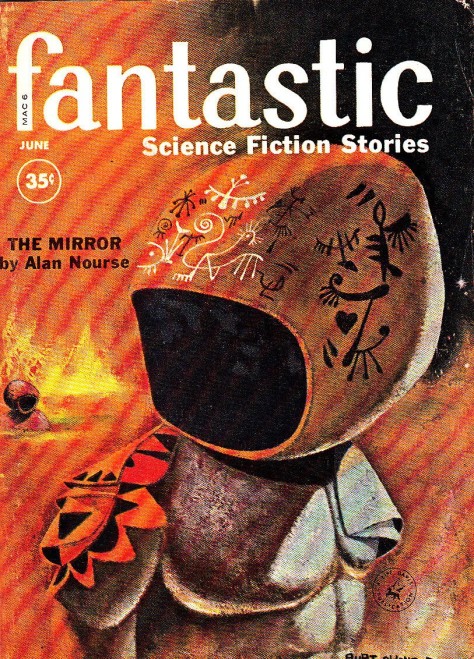 So who was he? His biography, which the following paragraph is based on, lays out an intriguing life. Born in END_OF_DOCUMENT_TOKEN_TO_BE_REPLACED

I cannot ascertain the identity of Cathy Millet. There is a well known Catherine Millet—a French writer, art critic, curator, etc. However, I do not think they are the same. If you know more information about who she might be, please please please let me know! (French articles are fine — I can read them easily). 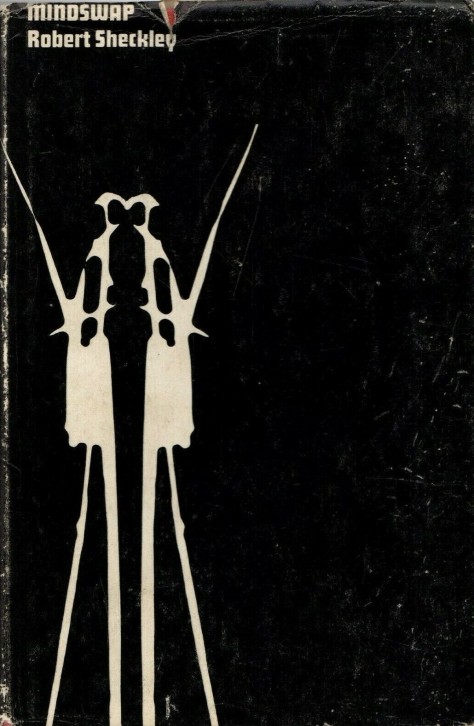 A few weeks ago I reviewed Clifford D. Simak’s The Werewolf Principle (1967) and came across Terry James’ cover (below) for the 1969 Science Fiction Book Club (UK) edition. The spectral shedding/transforming of the human figure matched the uncanny vibe of the novel. And I headed immediately to isfdb.org to browse his ouvre (note: a few volumes in the pub. series are clearly his but remain uncredited)! And I decided to put together a series of posts showcasing his work.

His art, the entire catalog of SFBC editions between 1968 and the mid-way point of 1971, works with little END_OF_DOCUMENT_TOKEN_TO_BE_REPLACED 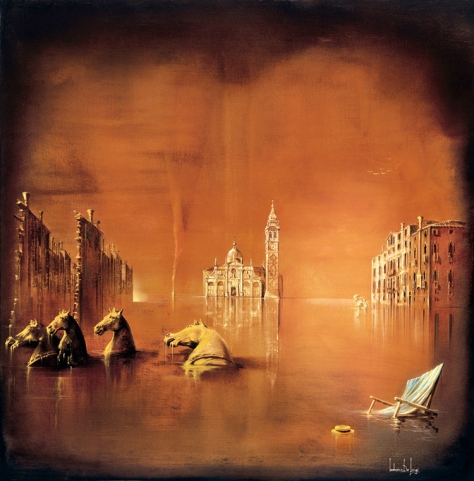 When you think of Italian SF art, the name that immediately springs to mind is the brilliant Dutch painter Karel Thole (1914-2000), who seemed to illustrate half of the Italian SF publications in the 60s/70s…. However, a whole series of fascinating artists were brought in for short spats of covers. END_OF_DOCUMENT_TOKEN_TO_BE_REPLACED

(Steve Crisp’s cover for the 1985 edition of The World in Winter (variant title: The Long Winter) (1962), John Christopher)

I have for you Part II of my Ice-Covered Cities SF art post series–check out Part I (posted way back in 2012).  In Part I, I discussed the allure of the apocalyptic scenario of a coming Ice Age, inspired by my read through of John Carpenter’s odd black comedy The Long Winter (variant title: The Winter of the World) (1962). SF artists love destroying famous landmarks and a coming ice disaster is yet another exciting visual strategy for destroying urban symbology. Unsurprisingly, New York City (Twin Towers) and London END_OF_DOCUMENT_TOKEN_TO_BE_REPLACED

The crashed spaceship — a wrecked hulk spinning in the emptiness of space, shattered metal struts strewn across an alien landscape…. I find few SF scenarios more nostalgic than this one as a younger me was obsessed with books about the societies formed from the survivors of such cataclysms (Anne McCaffrey’s Acorna Universe sequence, of dubious quality now, was a cornerstone of my youth).

I have selected a range of fascinating covers which add to a series I made in 2012 (Part I) and 2013 (Part II). My favorite of the bunch is Tibor Csernus’ cover for the 1973 French edition of Clifford D. Simak’s Time and Again (1951) due to the verdant and wet landscape the spaceship finds itself in. My second favorite is Dean Ellis’ “descriptive” cover for the 1974 edition of Alan Dean Foster Icerigger (1974). It doesn’t try to be surreal but rather depicts a scene straight from novel. I usually prefer when the artist takes a more unusual approach but in this case Ellis narrows in on the wonder of the premise. END_OF_DOCUMENT_TOKEN_TO_BE_REPLACED 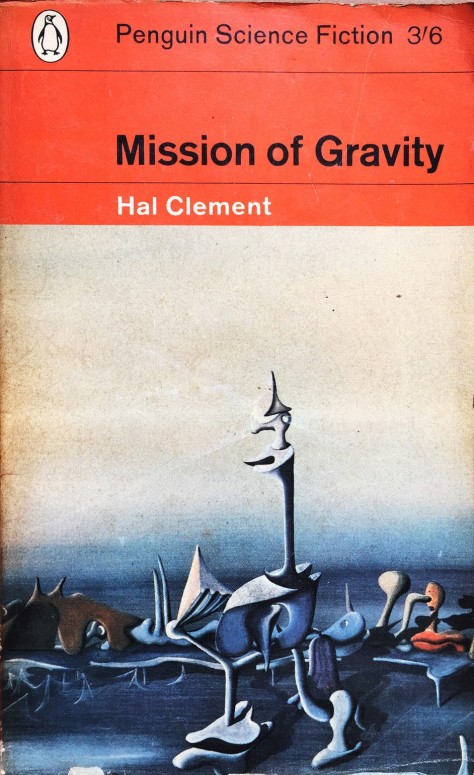