In the beginning the “Other Suspect Ruminations” part of my site’s title referred to my filmic obsessions. It’s been five years since I’ve posted along those lines. As diligent readers might be able to tell, I am fascinated by the general historical context (and earlier) of the SF decades I enjoy the most—from the Czech New Wave to the Japanese New Wave, from 60s/70s political jazz to the surrealists.

Until a few months ago my experience with Japanese New Wave film was limited to Hiroshi Teshigahara’s collaborations with the Japanese author (of SF and literature) Kôbô Abe—The Woman in the Dunes (1964), The Face of Another (1966) and Pitfall (1962)—and a few surreal Seijun Suzuki yakuza flics including Branded to Kill (1967) and Tokyo Drifter (1966) and Masahiro Shinoda’s hyper-stylized Pale Flower (1964). I highly recommend all of the above, especially The Face of Another (1966) if you’re interested in Japanese New Wave’s take on science fiction. 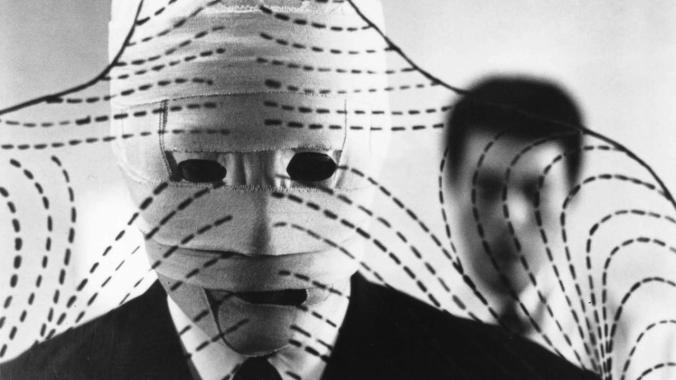 (A tantalizing scene from The Face of Another)

Recently my horizons have expanded. I am in no way a scholar of Japan or claim to be knowledgeable about Japanese culture, however, the narrative experimentation END_OF_DOCUMENT_TOKEN_TO_BE_REPLACED 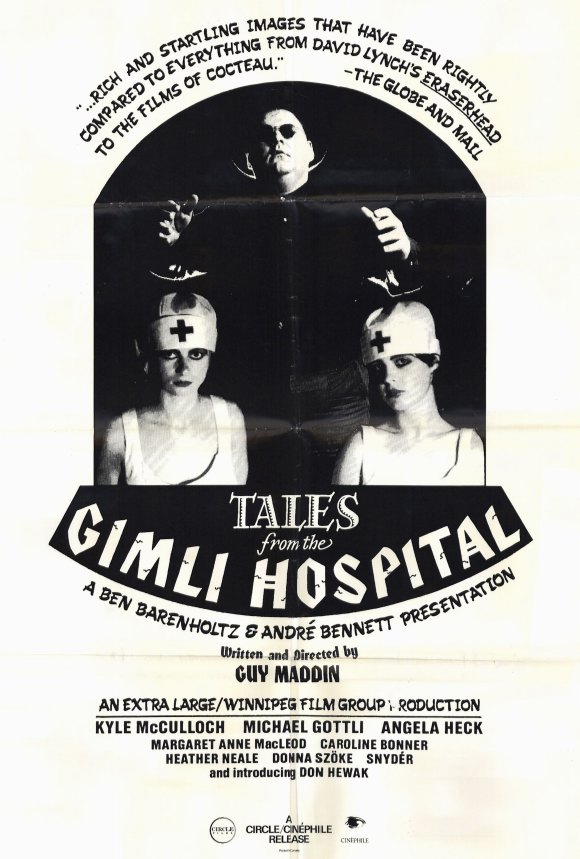 Guy Maddin’s first feature film is a spectacle to behold.  A classic sort of frame story devolves (positively) into a dreamlike wandering in an alternative Iceland, with strange preachers, bark fish, a woman discovered on the shore wrapped in nets, young girls floating down rivers in coffins…  Maddin manipulates silent black-and END_OF_DOCUMENT_TOKEN_TO_BE_REPLACED

Atomic Cafe (1982) is a scathing documentary on the atomic age created from archival film from the 40s-early 60s.  The scope of the material is extensive: military training films (often the most morbidly hilarious and poorly acted of the bunch), television news, various other government-produced propaganda films END_OF_DOCUMENT_TOKEN_TO_BE_REPLACED

Multiple works by the famous Japanese novelist Kôbô Abe were turned into successful movies by Hiroshi Teshigahara (the most well known is A Woman in the Dunes which was nominated for two oscars, including best director). So while browsing the internet looking for other films inspired by Kôbô Abe’s works END_OF_DOCUMENT_TOKEN_TO_BE_REPLACED

The Bitter Tears of Petra von Kant (1972) is by far my favorite Rainer Werner Fassbinder film I’ve seen and like all of his films, an acquired taste.  I’ve not always appreciated his works — I barely tolerated The Merchant of Four Seasons and managed to watch only half of The Marriage of Maria Braun (I did enjoy Veronika Voss). However, END_OF_DOCUMENT_TOKEN_TO_BE_REPLACED

On strong recommendation from my sister I finally got around to seeing this unusual Colombian film.  I have to admit, I know very little about Spanish language cinema (especially from the Americas).  Regardless, I found The Wind Journeys a fascinating experience — one END_OF_DOCUMENT_TOKEN_TO_BE_REPLACED

Delphine Seyrig has always been my favorite French actress — this was mostly based on her icy, regal, and hauntingly beautiful role in Alain Resnais’ seemingly impenetrable masterpiece, The Last END_OF_DOCUMENT_TOKEN_TO_BE_REPLACED