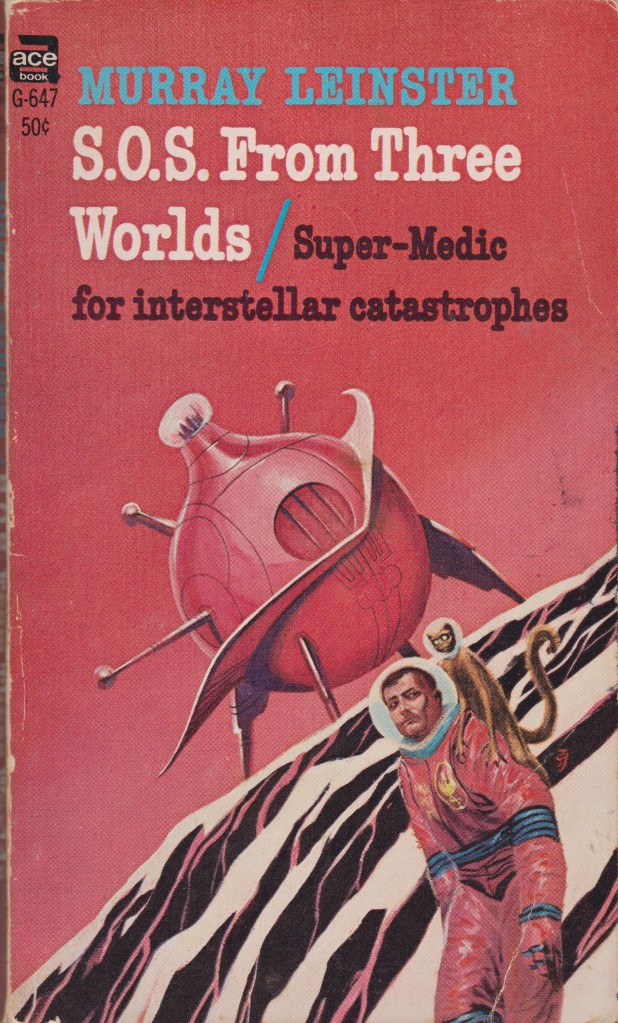 In times of stress, positivist stories about spacemen devoted to selfless service solving medical crises with their friendly tormals (think furry mobile petri dishes) bring a bit of warmth to my bitter heart. While a medical mystery to be solved with logic and resolve forms the core of each story, Murray Leinster hints at the future history of this decentralized spacescape–a product of chaotic often business-driven expansion.  As limited contact exists between distant colonies, The Interstellar END_OF_DOCUMENT_TOKEN_TO_BE_REPLACED

Between 1963 and 1980, American SFF author Phyllis MacLennan (1920-1912) published one novel and seven short stories (bibliography and obituary). She served as a translator and linguist in Military Intelligence during WWII.  As I can find little about her work online, I decided to review three of her SFF short fictions. Perhaps they’ll inspire me to pick up her sole novel Turned Loose on Idra (1970), which I bought in 2014.

Vincent Di Fate’s cover for The Magazine of Fantasy and Science Fiction, September 1972

Deirdre, a night-less and oppressive world filled with thick mists and layers of moss, had only just been END_OF_DOCUMENT_TOKEN_TO_BE_REPLACED

Matt Tracy’s cover for the 2008 edition

There is no cover or interior blurb for the 2008 reprint edition. From the back cover of the 1972 1st edition: “MOTORMAN is Moldenke, a man living in the City of one possible future—a man of little strength, few feelings, four implanted sheep’s hearts ticking away inside his chest, and a need to seek out the point where the square of existence becomes round. Of course it can’t be done, but his imagination sets out anyway on a END_OF_DOCUMENT_TOKEN_TO_BE_REPLACED

Jack Faragasso’s cover for the 1975 edition

Despite clocking in last in the installments I’ve read so far– behind Universe 2 (1972), Universe 1 (1971), and Universe 10 (1980)—the best stories, R. A. Lafferty’s rumination on memory and nostalgia, Pamela Sargent’s bleak account of urban END_OF_DOCUMENT_TOKEN_TO_BE_REPLACED 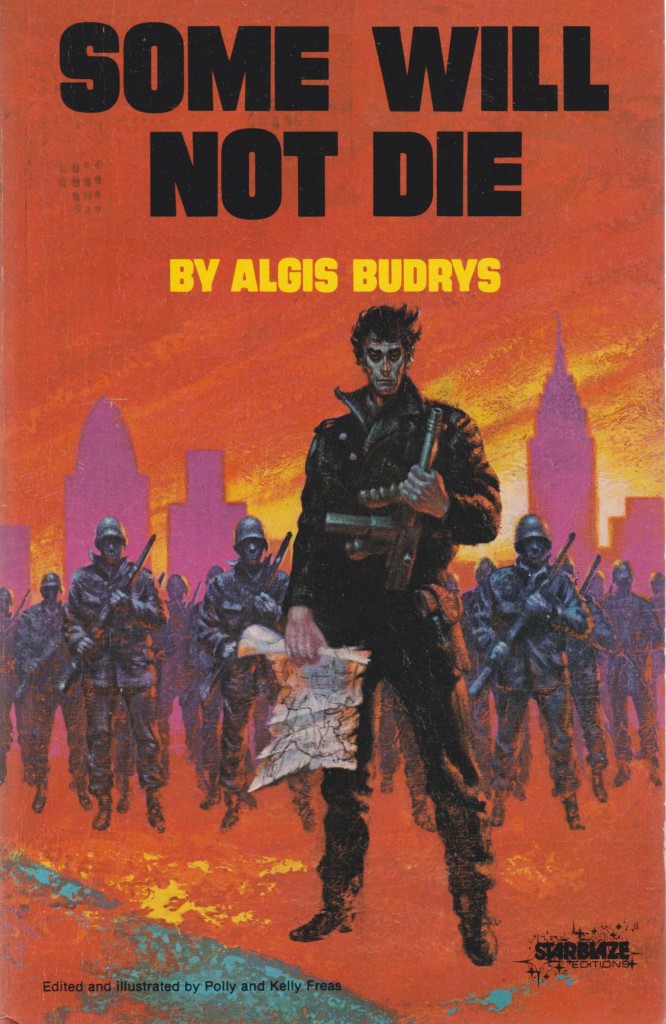 My 1978 revised edition contains no inside flap or back cover blurb. Instead, here’s the brief description of the novel and its complex publication history from SF Encyclopedia: “Budrys’ first novel has a complex history. As False Night (March 1954 Galaxy as “Ironclad”; much exp. 1954) it was published in a form abridged from the manuscript version; this manuscript served as the basis for a reinstated text which, with additional new material, was published as Some Will Not Die (1961; rev 1978). In both versions a Post-Holocaust story is set in a plague-decimated END_OF_DOCUMENT_TOKEN_TO_BE_REPLACED

The covers for Pocket Books and Popular Library tend not to scream “visual zeitgeist of the 70s” like the catalogs of DAW, Ace, and Del Rey/Ballantine Books (note 1). But amongst the former’s primarily forgettable stable of artists who are often uncredited (2), a few gems emerge–notably the work of Carlos Ochagavia (1913-2006) (3).

I cannot find more than a few sentences of biographical material on Ochagavia online. He was born in Spain and moved at a young age to Argentina. He arrived in the United States END_OF_DOCUMENT_TOKEN_TO_BE_REPLACED 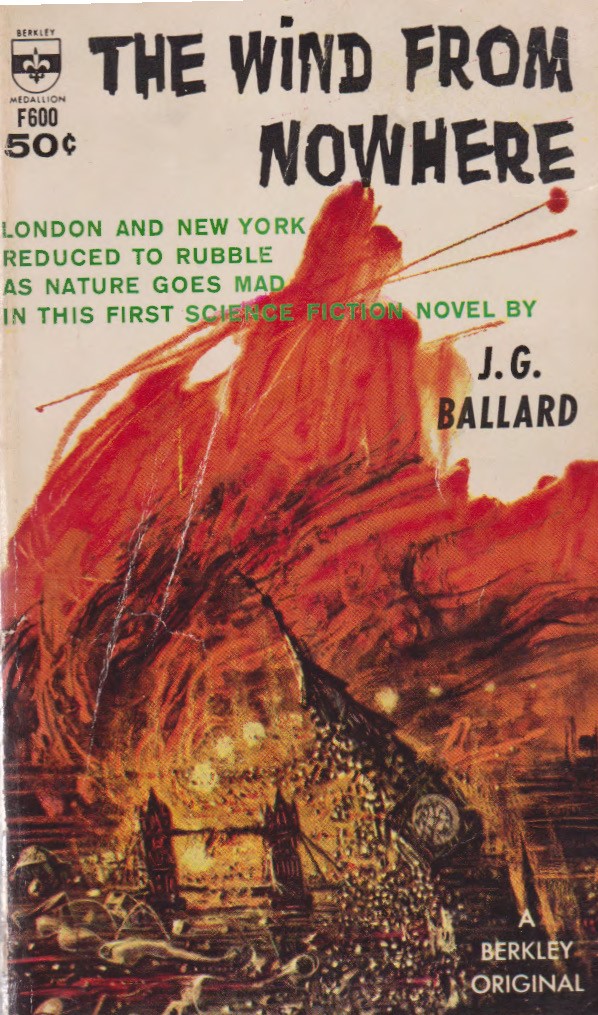 In J. G. Ballard’s The Wind From Nowhere (1962), cosmic radiation creates an immense natural disaster. Ever-increasing winds threaten to tear buildings out by their foundations and force the survivors into subterranean caverns. With the winds comes dust, a manifestation of erasure, that lacerates skin and engulfs all. 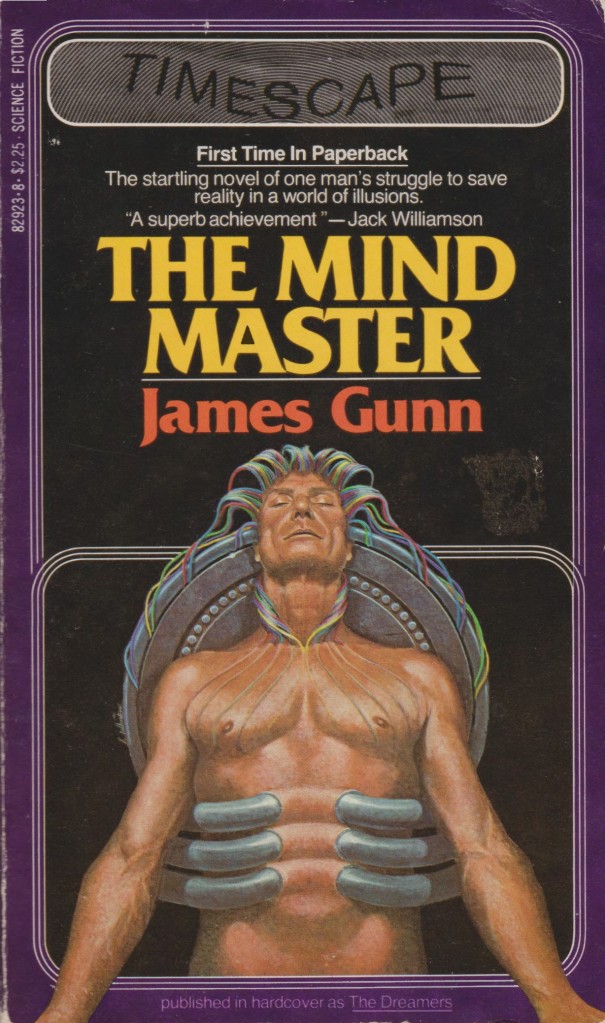 Lisa Falkenstern’s cover for the 1982 edition

From the back cover: “IT IS THE 22ND CENTURY… IT IS THE AGE OF ECSTASY… Man has perfected the chemical transfer of information. Pop a pill and experience the Garden of Eden, the knowledge of centuries, or the vicarious thrill of someone else’s life. And in this world, one man—The Mnemonist—holds the task of keeping society END_OF_DOCUMENT_TOKEN_TO_BE_REPLACED

Paul Lehr’s cover for the 1971 edition

Welcome to a postmodern museum of disordered landscapes. J. G. Ballard paints a cratered England as a new Vietnam. Langdon Jones reduces the operation of the world to a series of sculptural machines. Hilary Bailey weaves a dystopic England changed beyond recognition in mere years. M. John Harrison’s characters interact with cardboard cutouts on an imaginary set. And Michael Moorcock’s Jerry Cornelius flits between India and Pakistan’s present and past.

While there are a few duds, the cream END_OF_DOCUMENT_TOKEN_TO_BE_REPLACED