Over the last few months I’ve been reading more of Philip José Farmer’s 50s/60s SF — including the novelization of Night of Light (1966) [unreviewed], his deservedly famous 1968 Hugo-winning novella “Riders of the Purple Wage” (1967) [unreviewed], and the short story collection The Alley God (1962).  I still hold that Strange Relations (1960) contains his most sustained and well-formed short fiction.  For extensive discussion of his work, see the reviews (and their comments) I linked and for my views on his later SF more broadly — i.e.  such as the 1973 novel Traitor to the Living.   I rather not recap here.   But, I have another one of his novels, I appear to be returning to his 70s work…

A novel with Chicago as a character over the millennia?  Might as well give it a go, right?

I might snark occasionally at Bob Shaw, but, yet another one of his early novels enters my collection.  Maybe the Diane and Leo Dillon cover sealed the deal rather than the probably dull contents.

And, I return to Sydney J. Van Scyoc…  Her novel Assignment Nor’Dyren (1973) was one of my earliest reviews—written before the site even started—and I have no idea what I would say about it now. 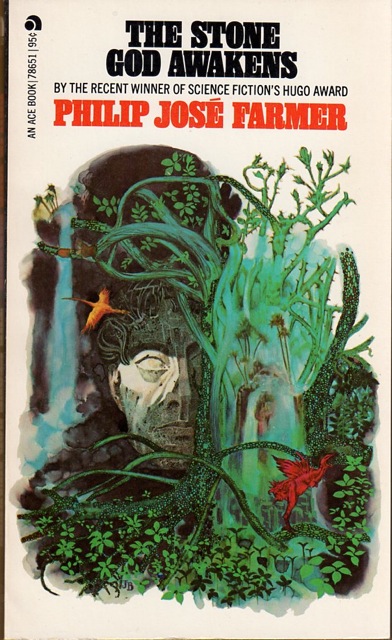