While in Scotland a few weeks ago I could not help but peek into a few used book stores! As an American, I am intimately acquainted with the common US publishers (Ballantine + Signet + Avon + et al) but do not own very many 70s/80s UK editions (Pan + Grenada + Panther, etc).  Thus, there was something special about snatching a copy of Best SF Stories from New Worlds 8  (1974) as it was one of the few in the series never published in the US…

[If you are in Edinburgh and want new SF/F stop by Transreal Fiction—and talk to the owner Mike!] 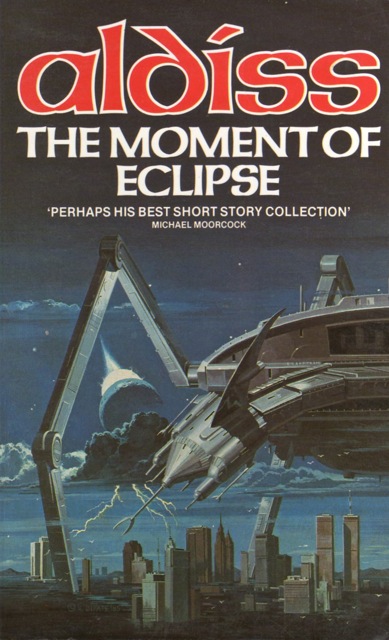 From the back cover: “There’s no time like the future… …and here Brian Aldiss proves it brilliantly in fourteen stories of devastating power.  From outrageous satire to haunting fantasy, the renowned author of such science fiction classics as GREYBEARD, HOTHOUSE, and the epic HELLICONIA TRILOGY displays his unmatched talent for creating tales that illuminate times-to-come with the disconcerting intensity of a cobalt bomb’s head flash…”

2. The Custodians and Other Stories, Richard Cowper (1976) 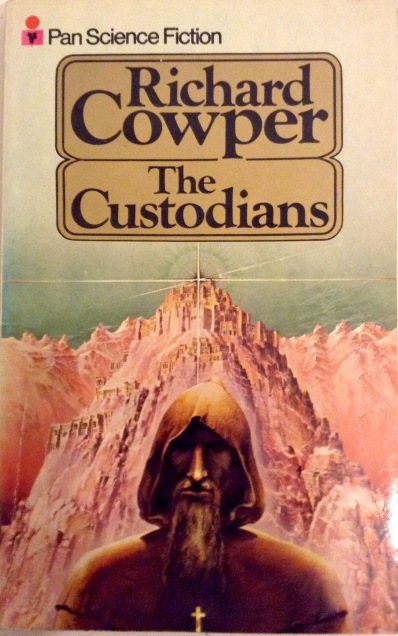 From the back cover: “The Custodians: A room in a French monastery, constructed at the intersection of mysterious force fields, so that anyone entering can foresee the future…

Paradise Beach: A wall-screen decorated with an image of the sea that attunes itself to the individual perceptions of the onlooker…

Piper at the Gates of Dawn: The magical tale of an old storyteller, an enchanted piper and a mysterious white bird of kinship…

The Hertford Manuscript: The remarkable discovery of a seventeenth-century book containing pages that purport to be the journal of a nineteenth-century traveler…” 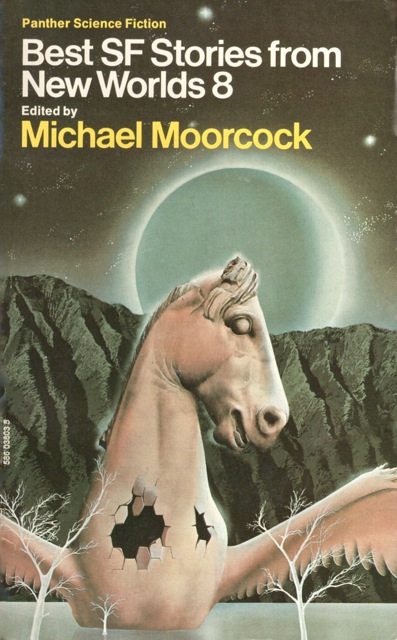 From the back cover: “Ten mind-wrenching tales to carry you into the deep space of imagination, to future worlds of ferocity and fear, through warps of time, across frontiers of undreamed-of-scientific discover.  In this collection, eighth in the series, SF Master Michael Moorcock has selected and prefaced the cream of through-provoking and entertaining science fiction from New Words magazine.  J. G. Ballard, John Brunner, Harlan Ellison, M. John Harrison, Hilary Bailey, Barrington Bayley, Graham Charnock are your pilots for ten voyages beyond the far reaches of speculation. 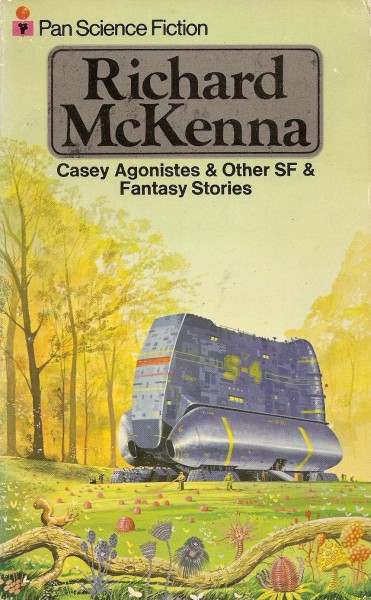 From the back cover: “These stories, as varied in background as they are in theme and mood, move from galactic adventure to ecological crisis and a fascinating exploration of time and reality, delineating human beings with whom we can instantly identify.”