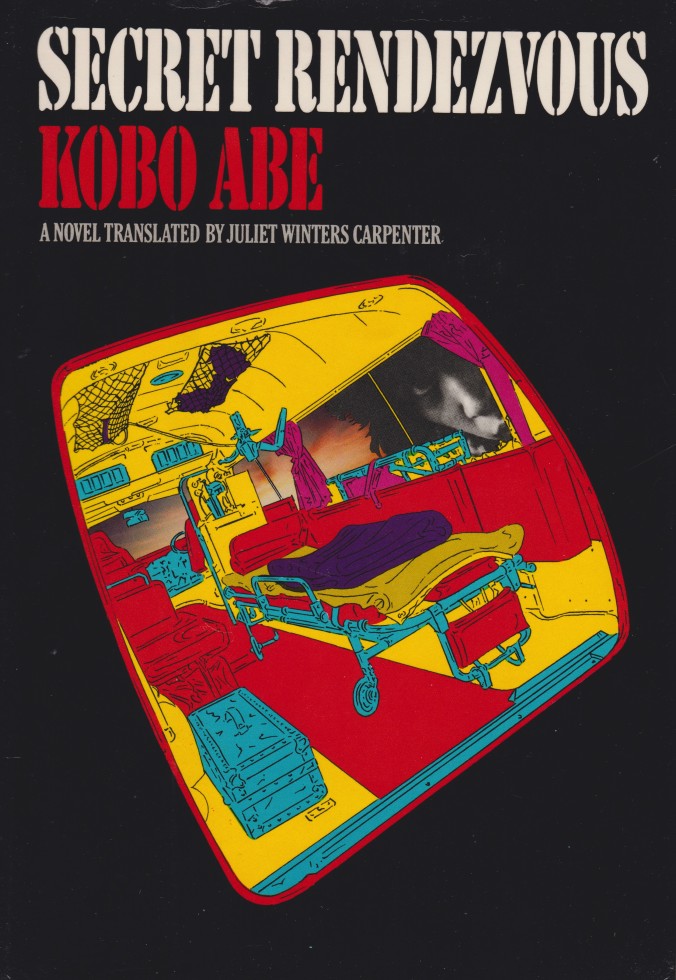 In Kobo Abe’s Secret Rendezvous (1977, trans. 1979) the hospital stretches like a recumbent body, leaking fluids through its membranes and undefined in its expansiveness, across the urban landscape. Within its labyrinthine interior, humans (agents of “disease”) animate various functions of the hospital for their own purposes–some sinister, some scientific, some sinisterly scientific. The hospital body lurches and vibrates with the sounds of its doctors and orderlies as they rewire the building’s organs and nerves in order to experiment on themselves and their patients. Within this veritable entity lacking a functional guiding agent, a harrowing, existential, and surreal Freudian mystery unfolds.

The unnamed narrator (N) is spurned into entering the hospital after “one summer morning an ambulance suddenly drove up, though no one remembered having sent for one, and carried away the man’s wife” (8). N, originally a male nude model, works as a salaryman for a the “Subaru Sporting Goods Store” where he promotes “jump shoes” which can propel the jumper to 37% greater distances and heights (3, 15, 17). With his life interrupted by the strange disappearance of his wife, N journeys to the unsettling world of the local hospital. Eventually, N is asked by the assistant director of the hospital, a man who resembles in more ways then one a horse (one of the great “reveals” of the book), to conduct a series of investigations to uncover the whereabouts of his wife.

Initially the investigations take the form of N listening to recordings of hospital sounds (à la a stethoscope sussing out “signs” of illness).

“Nowhere in those recordings was there the slightest trace of my wife. In fact, there was no trace of any woman, let alone my wife. The one being minced, peeled, and poked at by wiretaps and shadowers was a man. A man on display, torn into fragments of tongue-clucking, throat-clearing, off-key humming, chewing, entreaties, hollow obsequious laughter, belches, sniffling, timid excuses… And the man was none other than I myself, running around in frantic circles seeking my vanished wife. “

Soon N discovers that the audiotapes he is supposed to comb through for signs of his wife are recordings of him! A vast nervous system of audio surveillance exists throughout the hospital: “there’s a tiny transmitter inside every rented costume and accessory” (63). An entire variety of sinister experiments appears to be transpiring between doctors and patients—mechanical sperm collection (47), purchase of audio tapes of sex acts procured via the security department (66)…. All the while, he encounters a bizarre range of characters who inhabit different corners of the hospital collecting unusual data, conducting experiments, gauging priapic response. And as with any body, entirely functioning or otherwise, systems are intertwined and a disease in one area will eventually infect others….

The entire populace, doctors and patients, are part of a complex Freudian social experiment: “Sexual arousal and Inhibition Induced by Symbolic Representations” (109) linked to the figure of the hospital’s assistant director, the horse. An experiment the horse, and his extra torso and genitals, is willing to kill for…. N struggles mightily to discover how and why his wife might be involved.

As with any intelligently written and complex book, an entire dissertation could be written on Abe’s paranoid medical vision. I am going to focus on two elements that resonated with me: the hospital’s disconcerting geography and the novel’s ingenious structure.

The Hospital’s Morphology: First, a scene and a parallel: N approaches the hospital. He wanders along what he believes are its edges. N is unable to tell where the hospital begins and ends: “he was unable to decide whether the tall, glass-plated buildings on one corner of the intersection belonged to the street or to the hospital” (39). As he approaches its entry points he observes “multi-service agencies” (59) that serve almost like cellular transport proteins, guiding entry into the hospital across its porous membrane. The hospital leaks like a diseased body through this membrane, its functions (or decaying functions) as with its physical geography cannot be clearly ascertained by N. Within the hospital, N, initially an invading particle, learns that he can pass without suspicions through its antiseptic halls with a doctor’s coat (33).  And into this undefined entity N enters.

This is a brilliant visual and conceptual set-up informed by Abe’s training as a doctor (he attended medical school to avoid service in WWII), in conjunction with the epistolary structure discussed below, adds to the novel’s visual, audio, and textual (all through N’s eyes) uncertainty.

Epistolary Inventiveness: Secret Rendezvous is one of Abe’s epistolary novels along with The Face of Another (1964). The story takes place over three notebooks written by N. At least initially, the purpose of the notebooks is to write up his investigation of the disappearance of his wife for the

horse. Abe adds a twist in that N is forced by the horse to write in an official way which N rationalizes as “I do have the feeling that things which would be awkward to write about in the first person may be more manageable in the third” (7). This has a twofold effect: not only is N forced to put a professional polish on what he sees but also reflects retrospectively on his own experiences and whether or not he can tell them. Of course, with any limited narration, he rewrites his own experiences, he obfuscates, skims over, and reworks what he has already seen. At points, N “forgets” that he has to write in the third person, these moments occur at junctions of extreme emotion or shock. However, after the second notebook N realizes the sham of the investigation and writes entirely in the first person. As a fan of epistolary novels, Abe’s unusual formulation distances the reader from certainty of event. In addition, he is able, as N feels more and more comfortable discussing himself and the fact that his wife might have been unhappy living with him, to reveal the true nature of the hospital.

Recommended for fans of existential and experimental SF. If you enjoy Kafka, or Beckett, or the idea of Freud having a SF(ish) hospital nightmare set in Japan, this one is for you! 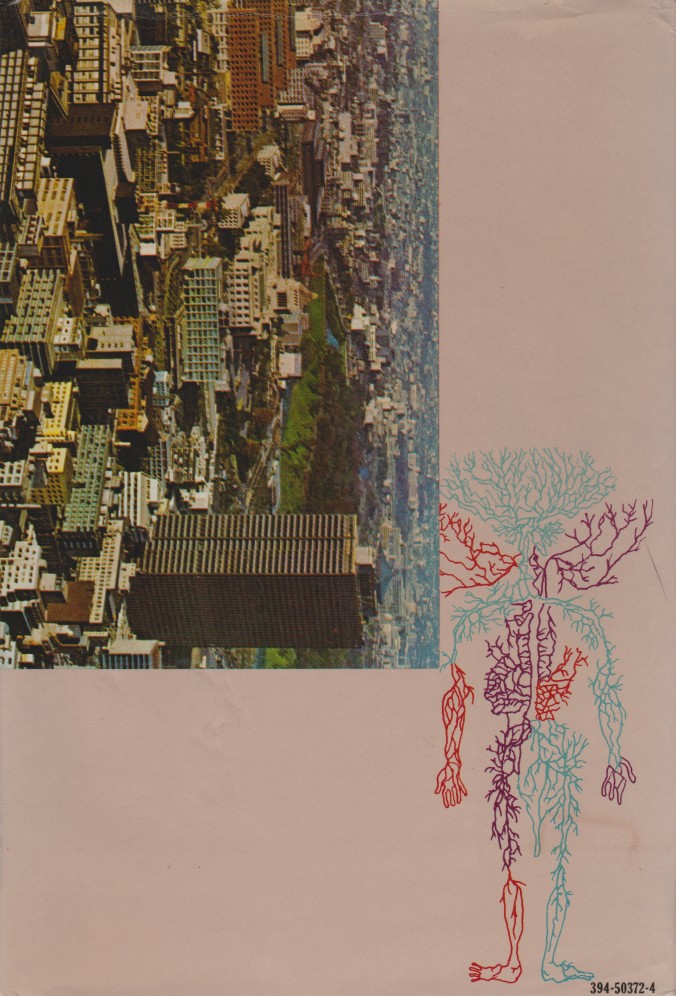