I have decided to do something I have never done before–read a contiguous chunk of an author’s work in chronological order. “Philip K. Dick? Robert A. Heinlein?” you might ask. “No! You know me….” I respond [in jest]. I have chosen to chart Carol Emshwiller’s short stories published in genre magazines and anthologies between 1955 and 1979. SF Encyclopedia conveys my fascination best: “In her hands, sf conventions became models of our deep estrangement from ourselves.” Of the two short stories of hers I’ve read–“Animal” (1968) and “Lib” (1968)–the former, an unnerving fable of the sexualized “Other” whose exclusion reinforces a community’s self-identity and cohesion, resides in my mind like a luminescent beacon. And I have finally latched on to its ever-present light.

If you are interested in all of Emshwiller’s short stories, check out Nonstop Press’ 2011 (vol. 1) and 2016 (vol. 2) omnibus release which includes those in non-SFF genre magazines. Here’s an example of what I am cutting: while her first published short story “Built for Pleasure” was SF, it only appeared in Long Island Suburban (November 1954) before the omnibus. Instead, I will start with 1955’s “This Thing Called Love” in Future Science Fiction, #28, ed. Robert A. W. Lowndes.

As I’ve only scratched the surface of Emshwiller’s output and can’t adequately summarize her work (I hope to by the end of this project), here’s the blurb from the Nonstop edition:

“Crossing the boundaries between fabulist literature, science fiction, and magical realism, the stories in this collection offer a valuable glimpse into the evolution of Carol Emshwiller’s ideas and style during her more than 50-year career. Influenced by J. G. Ballard, Steven Millhauser, Philip K. Dick, and Lydia Davis, Emshwiller has a range of works that is impressive and demonstrates her refusal to be labeled or to stick to one genre. This exhilarating new collection marks the first time many of the early stories have been published in book form and is evidence of the genius of Emshwiller, one of America’s most versatile and imaginative authors.”

This series will happen concurrently with the other short story reading exploration I am conducting and other reviews I have planned. Caveat: like my attempt to watch and review Survivors (1975-1977), this series could stop after three posts or take five years. I am a reader of whim.

END_OF_DOCUMENT_TOKEN_TO_BE_REPLACED

In the early days of my site, I reviewed Daniel F. Galouye’s best-known novel Dark Universe (1961) and A Scourge of Screamers (1966). Since then I’ve attempted to read Simulacron-3 (1964), adapted into a fantastic German mini-series World on a Wire (1973) and The Thirteenth Floor (1999), three times without success. What can I say, I’m a reader of whim and in each instance I wasn’t in the mood. Maybe it was Bill Botton’s compelling/bizarre psychedelic cover for Project Barrier (1968) or perhaps Rich Horton’s comments on twitter about the title story but I decided to give Galouye’s short fiction a go.

Project Barrier (1968) contains four uneven tales with one notable standout–“Rub-a-Dub” (variant title: “Descent Into the Maestrom”) (1961)–which I highly recommend if disturbing psychological SF is up your alley. The others in the collection exude a more run-of-the-mill feel. I found it refreshing that Galouye, a veteran greatly impacted by war injuries, tends to eschew violent conflict for peaceful resolution.

END_OF_DOCUMENT_TOKEN_TO_BE_REPLACED 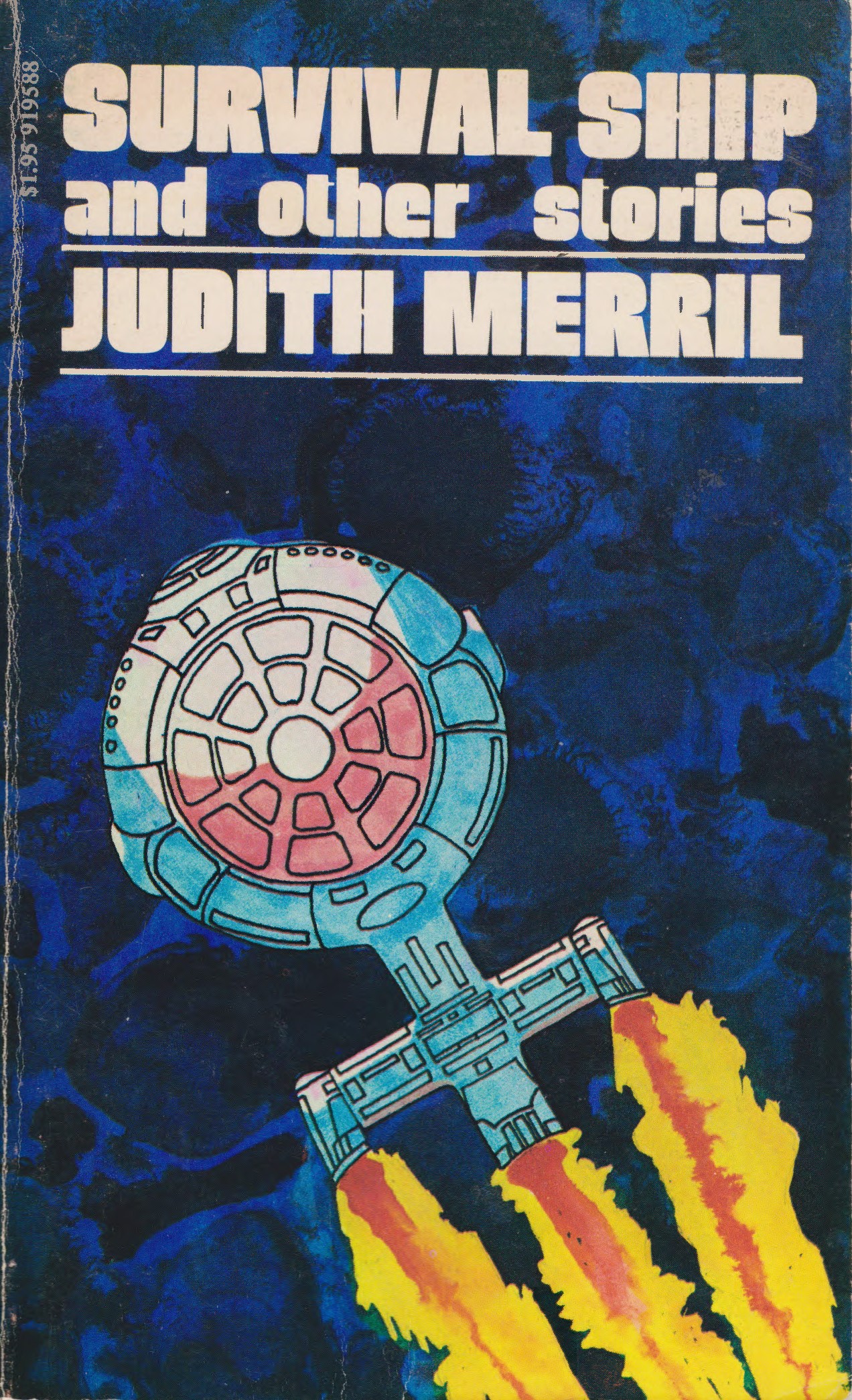 Ever since I read Judith Merril’s “Daughters of Earth” (1952), I’ve been fascinating with her subversive takes 1950s-60s gender roles and classic SF tropes. Survival Ship and Other Stories (1974) contains twelve short stories and a never-before-published poem selected by the author.

In addition to the merits of the tales within, I found Merril’s brief reflections on her early work fascinating. For example, she ruminates on the failure of her planned novel based on the generation ship launched by The Matriarchy in “Survival Ship” (1951), “Wish Upon a Star” (1958), and “The Lonely” (1963). She also describes a magazine “cover story” commission. The author would be provided with the cover art and asked to write a story containing its elements! The following three in this END_OF_DOCUMENT_TOKEN_TO_BE_REPLACED

Detail from Darrel K. Sweet’s cover for the 1st paperback edition of The Best from Cordwainer Smith (1975)

Today’s installment of my occasional Monday Maps and Diagrams series is a self-reminder that I must get over the poor taste left in my mouth by two forgettable Cordwainer Smith short stories and dive into the meat of his Instrumentality of Mankind sequence. Which should I have read?

I’m a sucker for future history timelines (Olaf Stapledon, Robert A. Heinlein, and Isaac Asimov come to mind). They add a sense of time and scope to what, at first glance, might seem like disparate pieces. I often wonder how much an author plans out a timeline. This one, scanned from The Best of Cordwainer Smith (1975), places each of the Instrumentality of Mankind stories into a functional timeline. I’m assuming it adds to the series’ sense of historical development and societal evolution?

Let me know what you think of the series and the timeline in the comments!

Isfdb.org note on the timeline’s publication history: “There are (at least) 2 variants of this timeline. A table version titled The Instrumentality of Mankind appears in the original July 1975 Nelson Doubleday hardcover. A reformatted graphical version titled Timeline from THE INSTRUMENTALITY OF MANKIND appears in END_OF_DOCUMENT_TOKEN_TO_BE_REPLACED

From the inside flap: “The planet Windhaven was settled by humans after the crash of a colony starship. Survivors discovered that people could actually fly on this world, aided by the light gravity and dense atmosphere, and using wings made from a virtually indestructible metal fabric that had once been part of the starship. On this planet of small islands, monster-infected seas END_OF_DOCUMENT_TOKEN_TO_BE_REPLACED

The following review of Theodore L. Thomas’ “Broken Tool” (1959) is the 6th post in my series on “SF short stories that are critical in some capacity of space agencies, astronauts, and the culture which produced them.” I have gone ahead and added two additional stories, including one that explores similar territory with a more positivist conclusion, by the same author.

Thank you Jennifer Jodell, “Friend of the Site,” for bringing it to my attention.

Previously: Theodore Sturgeon’s “The Man Who Lost the Sea” (1959), 5/5 (Masterpiece). First appeared in the October 1959 issue of The Magazine of Fantasy and Science Fiction, ed. Robert P. Mills. You can read the story online here.

Theodore L. Thomas speculates on an unintended consequence of training cadets for deep space exploration—the creation of a radical, unmoored from earth, who only looks outward. Our END_OF_DOCUMENT_TOKEN_TO_BE_REPLACED 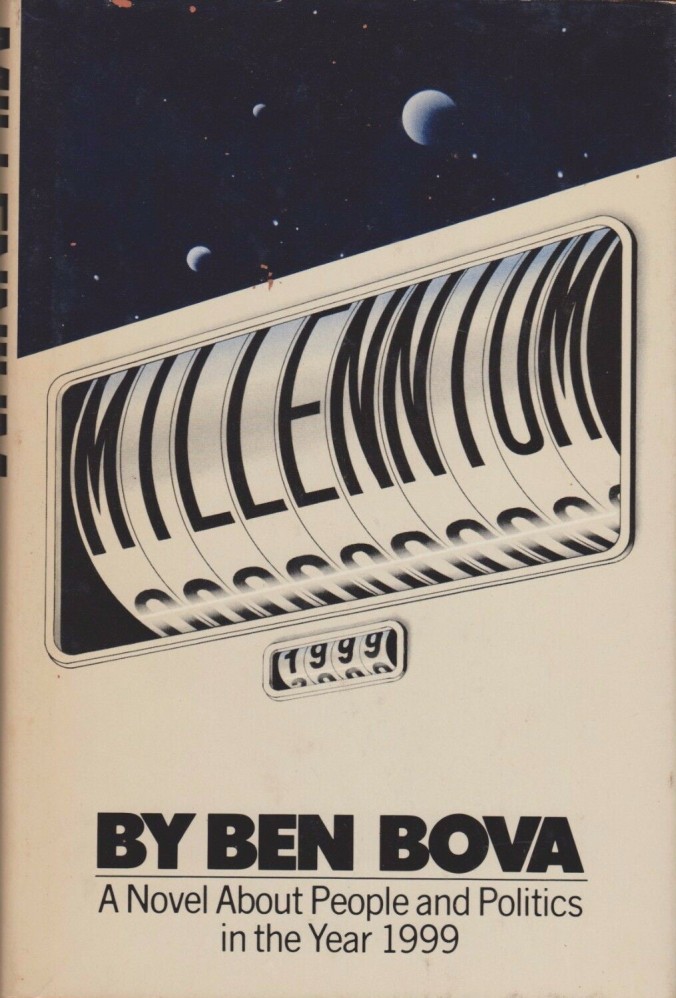 From the inside flap: “We are thrust into the terrifying world of the future in this chilling novel about people and politics in the year 1999. The Earth’s population has soared to eight billion. The two major powers are on the brink of nuclear war as they vie for control of the planet’s dwindling supply of natural resources.

Meanwhile, a few hundred kilometers above the Earth’s surface, on their respective Moon colonies, the United States END_OF_DOCUMENT_TOKEN_TO_BE_REPLACED

The following review was originally conceived as the fifth post in my series on “SF short stories that are critical in some capacity of space agencies, astronauts, and the culture which produced them.” However, it does not fit. It is a spectacular evocation of memory and triumph and worth the read.

Thank you Mark Pontin, “Friend of the Site,” for bringing it to my attention.

Today: Theodore Sturgeon’s “The Man Who Lost the Sea” (1959), 5/5 (Masterpiece). First appeared in the October 1959 issue of The Magazine of Fantasy and Science Fiction, ed. Robert P. Mills. You can read the story online here.

Theodore Sturgeon’s “The Man Who Lost the Sea” (1959), nominated for the 1960 Hugo Award for Best Short Story, thrusts the reader into a seemingly delusional landscape, generated by extreme trauma, of narrative fragments. One thread follows a child as he presents increasingly complex toy END_OF_DOCUMENT_TOKEN_TO_BE_REPLACED

This anthology contains the fourth post in a loose series on SF short stories that are critical in some capacity of space agencies, astronauts, and the culture which produced them. I decided to review the entire anthology!

Up Next: Theodore Sturgeon’s “The Man Who Lost the Sea” (1959). First appeared in the October 1959 issue of The Magazine of Fantasy and Science Fiction, ed. Robert P. Mills. You can read the story online here.

Robert Hoskins “resurrected” Infinity Science Fiction magazine (1955-1958) as a five volume anthologies series between 1970-1973. The first volume, Infinity One (1970), contains sixteen original stories and one reprint from the original magazine–Arthur C. Clarke’s “The Star” (1955). SF Encyclopedia describes the anthology series as “a competent but not outstanding series.”