Ian Sales (twitter) over at It Doesn’t Have to Be Right…—BFSA-winning SF author for Adrift on the Sea of Rains (2012), reviewer, and curator of the indispensable review-collating site SF Mistressworks—provides the seventh guest post in my SF Short Stories by Women Writers pre-1969 series (original announcement and list of earlier posts).

Head over to his blog posthaste.  Although most of his more recent SF reviews are published in Interzone, his website offers older reviews and many useful resources: a list of the 100 Best SF short stories by women authors; SF Mistressworks Best Novels List; and SF women-only anthologies.

As is his wont, Ian selected two lesser-known pulp SF works by women authors—Leslie Perri and Alice Eleanor Jones—who did not have lengthy SF writing careers. His third selected story is by the masterful Sonya Dorman from one of my favorite periods of SF—the New Wave.

Thank you for contributing!

Leslie Perri was the pen-name of Doris Marie Claire Baumgardt, a member of the Futurians, who was married, at different times, to two sf writers, Frederik Pohl and Richard Wilson. She wrote extensively for fanzines, and edited a movie magazine, but only published three short stories – in science fiction magazines edited by other Futurians. She also contributed illustrations to Astonishing Stories when it was edited by Pohl.

“Space Episode” is the earliest of Perri’s stories. It’s an odd piece—pulp sf, but a little late for pulp’s heyday, and yet the only character in the story with any sense is the female character. Two men and a woman, all adventurers, are returning to earth in their rocket when they encounter a micrometeoroid swarm. The swarm leaves “one of its members jammed in their forward facing rocket nozzles, the tubes which determined whether they would land safely or crash in a blaze on incandescence.” (The physics is correct, but more, I think, by accident than by design.) The meteoroids also destroyed the outer door of the airlock: whoever goes out to unblock the retro-rockets will not be able to re-enter. The two men have fallen apart, and so the woman takes charge—“There was only a sudden decision and she made it. This was her exit and to hell with heroes!” She sacrifices herself to fix the spaceship and save the lives of the men.

“Space Episode” is a story that would not have looked out of place in a magazine a decade earlier, except that the hero of the story is a woman and the two men are entirely useless. Given that Baumgardt was a Futurian, as was the editor of the magazine, Robert W. Lowndes, I suspect publication might have been seen as more in the nature of a thought experiment or a joke. Despite that, it presages quite effectively the feminist sf which would begin to appear in the 1950s, and so time has happily turned the “joke”—if it had been one, that is—on its head.

Alice Eleanor Jones only published five science fiction short stories, all in 1955. Only one has ever been collected, “Created He Them”, which originally appeared in F&SF, but has more recently been on the table of contents of Justine Larbalestier’s Daughters of Earth anthology. “Recruiting Officer”, however, appeared in the October 1955 issue of Fantastic, and that is its only appearance. Which is a shame, because it’s an interesting story.

It’s told in the first person by the title character, who reveals early that she is an alien, “recruiting” for her queen, and she has taken the guise of a stereotypical grandmother called Mrs Quimby—“long gray dresses and high button shoes Queen Mary hats and soft feathery shawls in lavender or light blue.” After suffering a flat tyre, Mrs Quimby finds her way to a nearby garage, where she meets Mrs Mathews and her sixteen-year-old son, Johnny, who are waiting for their own car to be fixed. Johnny is perfect for Mrs Quimby’s needs, so she persuades Mrs Mathews to allow her to take Johnny to his school while his mother stays with the car. Of course, Mrs Quimby kidnaps Johnny, takes him home and plugs him into “the machine”. She also reveals her true self to him, because, she explains, “I need all my hands and eyes to operate the machine.”

Jones does not explain what the machine is for, and she only hints why her world needs a steady supply of young men. But what’s remarkable about “Recruiting Officer” especially for a story in a science fiction magazine of 1955, is that the viewpoint is very much that of the grandmother the narrator purports to be. The prose repeatedly refers to Johnny’s beauty, and actually waxes quite extensively on his physical charms. If anyone had any preconceptions about science fiction being a wholly masculine genre for much of the twentieth-century, then ‘Recruiting Officer’ must surely dispel them. It’s also a shame Jones never wrote more, as this is a well-crafted story. She did, however have a successful career in the “slicks”, in magazines such as Redbook, American Girl and the Saturday Evening Post.

From the middle of the 1960s, and for around a decade afterward, a number of feminist writers used science fiction to comment on the role of women in society. They were not subtle about it—they used a variety of invented settings and plots and characters and tropes to point out that women’s treatment at the hands of men often bordered on the inhuman… and that equality was a long way away. In Lisa Tuttle’s “Wives” (1979), the women are actually aliens, who disguise themselves as women for their husbands. In Joanna Russ’s “When It Changed” (1972), a party of men land on a women-only world and immediately characterise what they see as “freakish”. In Josephine Saxton’s “The Triumphant Head” (1970), a woman sees herself as an alien as she readies herself for her husband. In Eleanor Arnason’s “The Warlord of Saturn’s Moon” (1974), a science fiction writer contrasts her life with that of her invented heroine, and comments on both. And in James Tiptree Jr.’s “The Women Men Don’t See” (1973), two women would sooner leave Earth with aliens than continue to be mistreated, undervalued and ignored by all men. 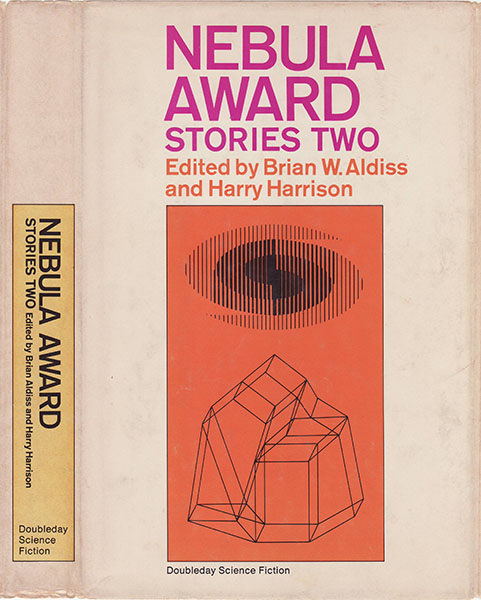 Dorman’s story, “When I Was Miss Dow”, published earlier than those mentioned above, follows a similar pattern: an alien creature from a single-gendered race masquerades as the Miss Dow of the title, and so experiences the life of women. As have many of the aliens—“Uncle will find some other features, because it’s unseemly for him to be chasing around in the face of a girl after the half-bearded boys from the spaceships.” And, because the narrator is an alien—the story uses the male pronoun—he views the situation from a somewhat different perspective. The narrator is given a job as assistant to a biologist, Doctor Proctor (yes, really), and soon enters into a relationship with him. “Miss Dow” learns that the humans are afraid aliens have infiltrated the colony—the narrator had thought the humans knew all about his race. The alien finds himself driven to please Proctor, which is reflected in the way he himself feels about his “koota”, a dog like pet. Meanwhile, the other aliens are annoyed at the narrator because he’s not pulling his weight—he’s stayed with Proctor and he’s only contributing his pay packet to his family.

Dorman’s fiction always reads slightly off-kilter, and “When I Was Miss Dow” is no different. For example, the aliens all have a single-lobed brain, but “Miss Dow” is given a second one. It’s implied this explains why he responds differently to his masquerade than the rest of his race, but there’s not much in the text to support this. The story contrasts the protean nature—and the cerebral interests—of the aliens with those of the human colonists, or rather with the identity, the “shape”, the narrator has taken and the role the identity has forced him into. The story never actually resolves itself. Proctor dies and the narrator returns to his people—but the two races still clearly do not understand each other, and the experiences of “Miss Dow” provide little or no insight as far as he and his people are concerned. 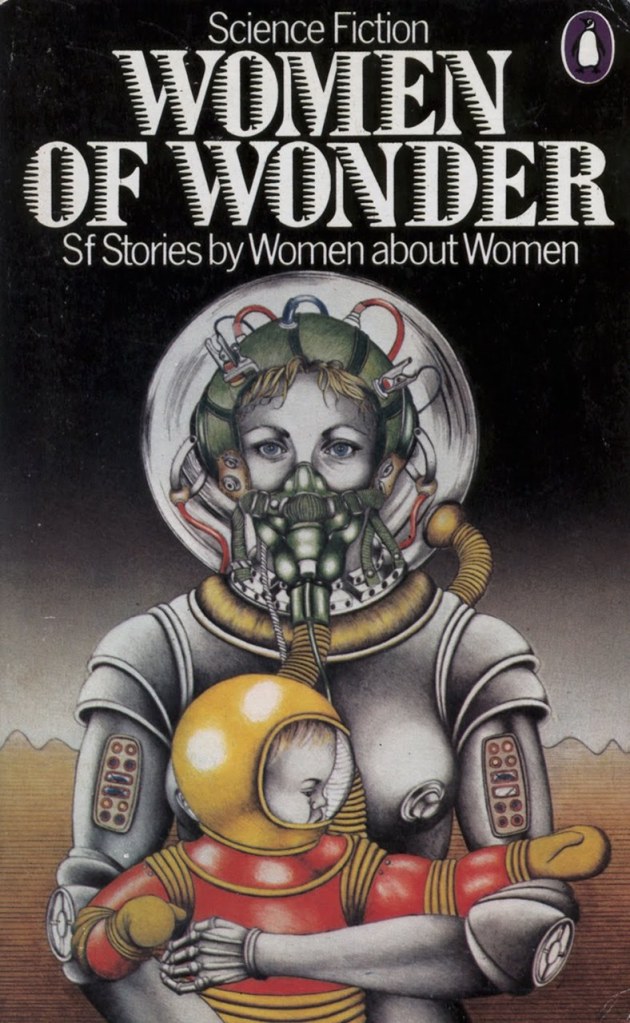