1. Overpopulation + an author I’ve not encountered before? Can there be a better combo? I’ve long been a fan of the subgenre–and I’ve gathered a substantial number of both read and unread overpopulation-themed SF into a list. And yes, I know Laser Books has a reputation for publishing low-quality crud…. I am not expecting a masterpiece!

I went ahead and purchased another “SFish” Abe novel… I’ve seen Abe’s 1966 film adaption of his own work (directed by Hiroshi Teshigahara) and it’s a brilliant cinematic experience. I’m hoping the novel has some of the same magic!

3. Another source material novel for one of my favorite SF films–Frankenheimer’s Seconds (1966)… I’m 50 odd pages through the novel and some of the scenes in the movie are identical. The book and movie diverge as the story unfolds…. I look forward to finishing Ely’s disconcerting SF thriller.

4. And finally, a complete and utter unknown quantity…. Scroll down to find out.

Note: the hi-res scans are of my personal collection. As I am not a “collector,” I tend to go with cheaper copies even if it means they have substantial imperfections. 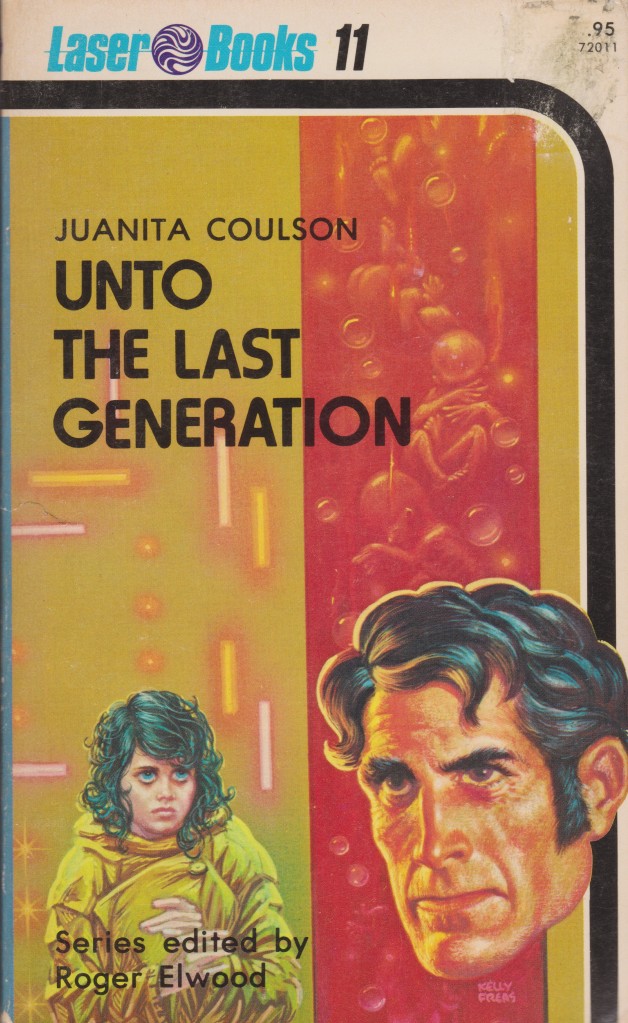 From the back cover: “Population Zero has accomplished its mission only too well. Not only has the world’s population ceased to mushroom, it has ceased to reproduce… because it cannot. Wholesale application of population control technology has rendered man infertile. In the Life Sciences Building, a team of doctors and scientists is trying everything imaginable in their frantic efforts to produce life artificially… when in their midst walks a little girl. “I’m eight,” the girl announces proudly. But mankind has been sterile for more than 15 years!”

From the back cover:”The Face of  Another is a masterful psychological study by one of Japan’s greatest living writers. After a laboratory explosion disfigures a scientist’s face, he feels cut off from everyone around him; even his wife is repulsed. He decides to make the perfect masks–which will allow him to be undetectable–and to acquire a new personality. Is this persona his inner self, or is it only superficial? He tests the mask in various situations–even seducing his wife without revealing his identity–with astonishing consequences. Comparable to the works of Kafka and Beckett, The Face of Another is one of the classics of modern literature.”

From the inside flap: “Seconds is the story of a man caught up in a nameless organization that uses advanced managerial and technological methods to achieve its singular aim–lifting the moral and physical barriers to personal liberty and self-indulgence.

What are these barriers–and how are they being removed? The answers are embodied in a plot idea both logical and shocking, the full implications of which are not apparent until the novel has been carried to its conclusion.

Seconds is simply and directly written, and yet cannot readily be placed into a conventional category of prose fiction. The story combines the familiar and the irregular so naturally that is is often impossible–as in life–to be sure of which is which.

This fusion of reality and distortion extends to the meaning of the novel as a whole; so, whether Seconds bears a message of hope or despair–or perhaps of both together–is a question to which the answers will differ from one reader to the next.” 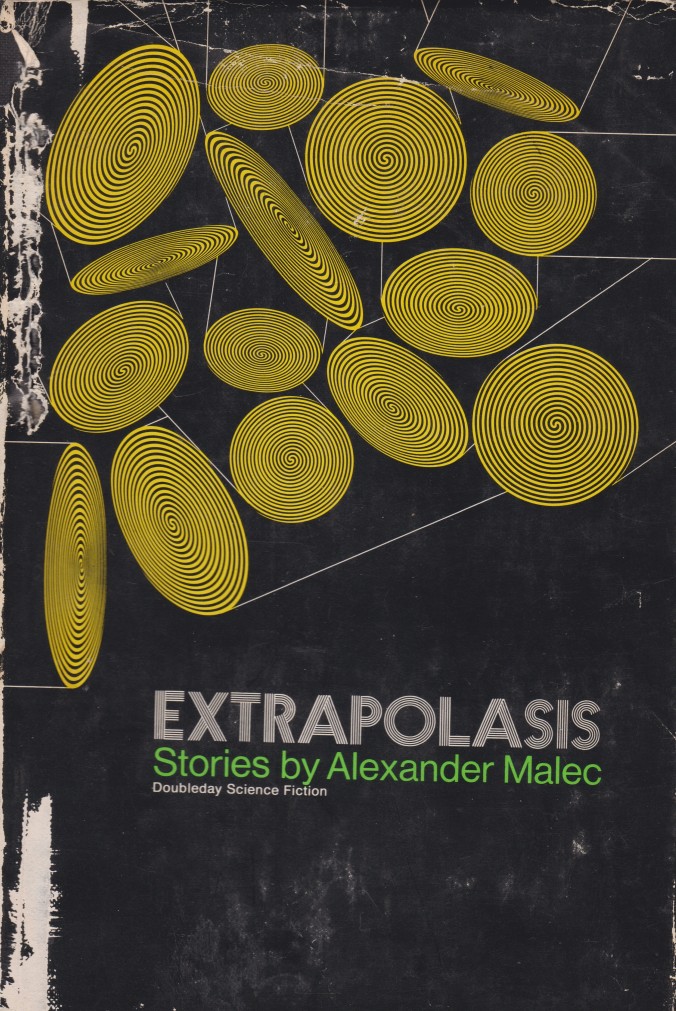 (Donald and Ann Crews’ cover for the 1967 edition)

From the inside flap: “Twelve science fiction stories by an exciting, newly-discovered writer. Only three have appeared elsewhere; nine others are published here for the first time. Among the twelve:

DIEHL, a wild and funny, marvelously written satire about an odball inventor who comes up with an anti-gravity device. After an unsuccessful attempt to sell it to Washington, Diehl mails the plans to Egypt… with disastrous results.

MONSIGNOR PRIMO MACHINEO is a praying computer who offers indulgences by mail for a penny and a prayer. The overwhelming success of the operation causes an overload and the machine ‘burns in the flame of its own devotion.’

OPAXTLY is about a fantastic little green amoeba-like creature who immediately outdates the vacuum cleaner by efficiently gobbling up dirt. Not for long though, as man once again triumphs over the forces of unreason and chaos.

Plus Nine Other Stories.“