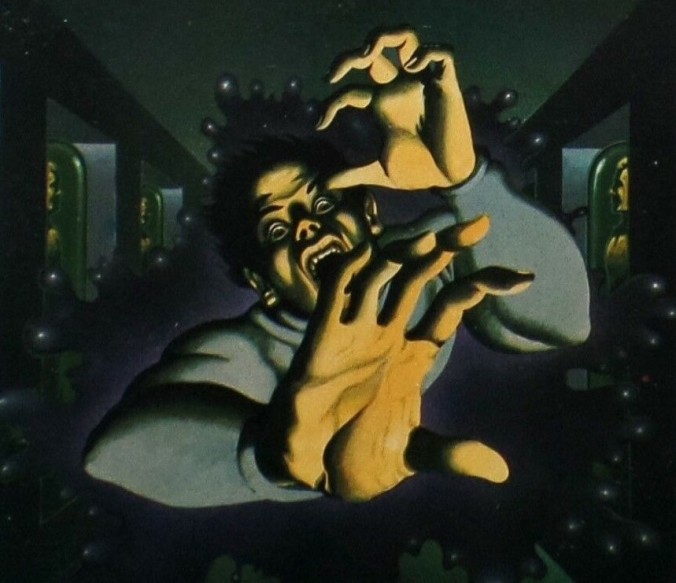 (Detail from Bob Haberfield’s cover for the 1973 edition)

In the Star Trek: Voyager episode “One” (1998), Seven of Nine, unaffected by a nebula’s subatomic radiation, must care for the crew while they’re placed in stasis. Alone on the ship, Seven experiences the prolonged effects of isolation including disturbing dreams and hallucinations. Ever since I saw “One” as a child, I’ve become fascinated with the strategies that humans might use in space to cope with isolation and the rituals they might enact to preserve sanity. Michael Moorcock and Hilary Bailey’s The Black Corridor (1969) (see note below), explores the effects of physical (a spaceship with a lone awake crewman hurtling across space) and societal ( a near-future world plunging into fascism) isolation.

Highly recommended for fans of New Wave SF for the crystalline rendering of the narrative, sustained and intense exploration of “inner space,” and its inventive typographical art.

The World They Fled

The UK fragments (Welsh nationalists and individual cities descend into Civil War) as the neo-fascist leader of The Patriots, Colin Beesley, seizes power. He sows distrust among the British, compelling them to turn on each other: “There are aliens among us. We do not know where they come from” (73). He conflates the fear of the alien other, which might exist in the expanse of space, “with the men—and women […] who are different” within society (76). Tides of xenophobia had previously swept the country—all those of Caribbean descent were deported (59)—as new scapegoats are blamed for all society’s ills and manifest crises.

The successful toy businessman, Mr. Ryan, compelled by the authorities to fire his Welsh staff and manufacture weapons, grows more and more disenchanted with the world around him. His own brother, Henry, is drawn in by Beesley’s hateful rhetoric. Ensconced in their apartment as the world burns outside, a plan is hatched to “start a new society on cleaner, more decent, more rational lines” (49).

Onboard a Metal Capsule in the Vastness of Space

Mr. Ryan checks and rechecks the automated systems. He gazes at his family and friends in their hibernating fluids. He ruminates in his journal about his memories and longings. The computer tries to keep him focused and alert. Ryan’s report “I AM LONELY” begins a slow hallucinatory descent (25). “I MUST KEEP BETTER CONTROL OF THINGS” he writes in his journal (114). But the loneliness is oppressive.

A political warning runs throughout the novel—the disturbing tendency for humankind to look for “some bloody messiah to answer their needs” rather than a “good politician” who “sees the needs of people in practical and immediate terms and tries to do something about them” (51). Pragmatic politicians, according to Baily and Moorcock, are needed to reform an “extremely complicated world” rather than “visionaries [who are] fine for inspiring people” but are the “worst choice as leaders” (51). Beesley’s fascist rhetoric that fawns humanity’s hatred of the other are the symptoms of societal rot. In a world where the government subverts and questions every fact, pseudo-science–the Earth as a “hollowed-out ‘bubble’ (137)—and hatred of your fellow humans becomes increasingly common.

The landscape that Mr. Ryan and his family and friends reside in is a disturbing one. The external city, a virulent force of unease and oppression, looms inward—people keep their blinds closed, report their neighbors for noise, fear being seen and seeing others…. Creeping paranoia afflicts all—the women drug themselves the men give in to fear and turn in their co-workers. Isabel, one of Henry’s wives retreats into a paranoid malaise: “The whole group knew, from Isabel’s demeanor […] that Isabel was experiencing a phase where she supposed people were trying to poison her. She would eat and drink nothing she had not prepared herself. Most of them knew what it was like. They had gone through the same thing at one time or another” (35). The observation that this a regular experience horrifies.

I found Mr. Ryan’s struggles to conquer his loneliness on the Hope Dempsey particularly effective. It is within these sections that Moorcock dabbles with typographic art. It’s comprehensible. It’s a glimpse of fragmenting interior thoughts, a textual manifestation of inner space.

While the two narratives were written by different authors, they connect in a satisfying manner. It’s a cohesive and terrifying vision of future fascism. And the overwhelming desire to flee rather than fight the tides of evil that swirl around us…

Tangent: In 1972, the UK rock band Hawkwind recorded “Black Corridor,” which used the introductory “poem” from the novel. Give it a listen!

*Publication/authorship note: Both Moorcock and his then-wife Hilary Bailey contributed to the novel. According to Moorcock, “All the scenes in the ship are mine. Many of the scenes back on Earth are Hilary’s. That’s why it was never presented as a regular collaboration. She didn’t want it done that way. So I worked in acknowledgements in the dedication.” I have gone ahead and reproduced how isfdb.org lists the novel.

(Diane and Leo Dillon’s cover for the 1969 edition) 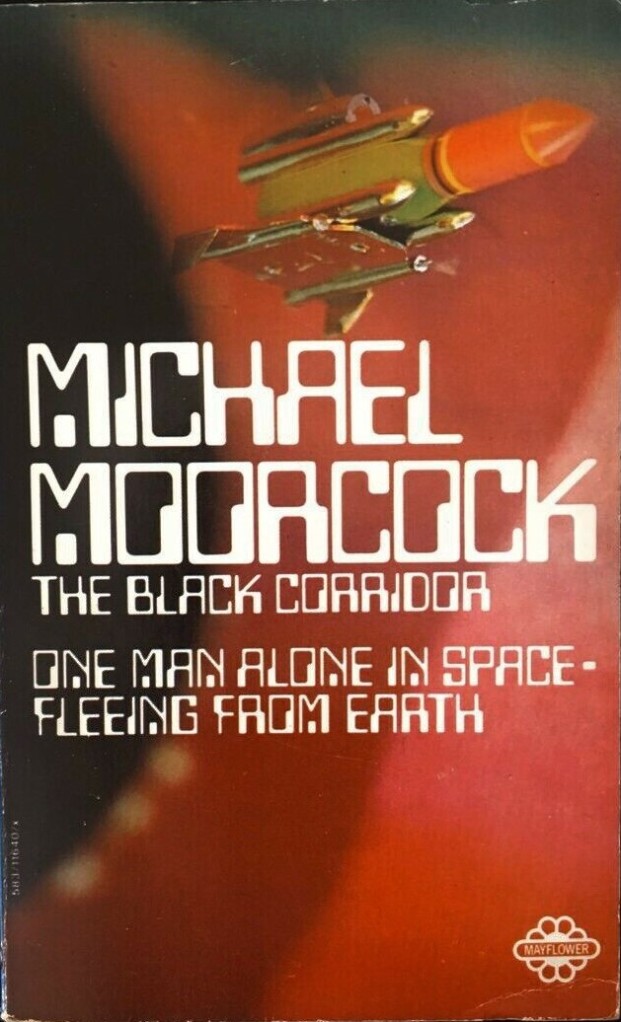 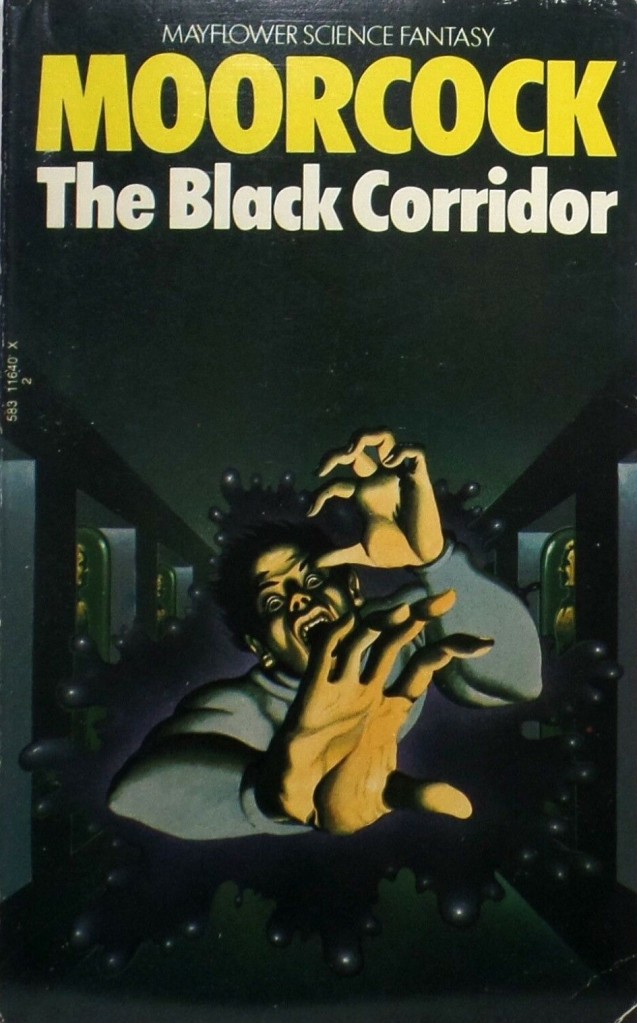 (Bob Haberfield’s cover for the 1973 edition)