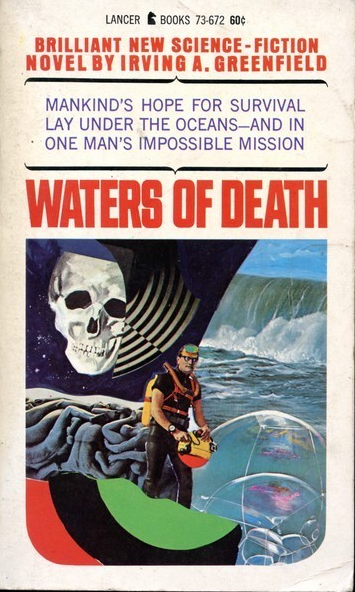 I apologize for the lack of deep philosophical insight into the nuances of the book in question. None can be dispensed/inferred/implied or even invented that would adequately embody the throbbing intellect that exudes forth from every word.  Instead, I shall wax nostalgic.

I loved underwater farms/cities/towns when I was a child.  I drew translucent housing domes in cross-section, replete with carefully delineated plots of seaweed stewarded by land dwelling turtle/dog/humans (flippers, tummy fur, soft shells and the like) and an array of mechanical contrivances to facilitate harvesting, processing, and oxygen production.

I picked up a copy of Irving A. Greenfield’s Waters of Death (1967) in a desperate attempt to recreate the smallest shimmer of that nostalgic wonder — albeit, without turtle/dog/humans.  And, as it turned out, no underwater domes.

But there is no nostalgic magic in Waters of Death despite the fascinating promise of ocean farms vital for feeding an overpopulated world.  Rather, an atrophied skeleton of a vision masquerades about dropping decayed limbs and putrid puddles.  The general lurching trajectory excretes every cliché with an egregious dose of domestic strife (including a wife declaring that if her husband was a real man he should punch her), endlessly banal scenes with people shooting marine animals, an evil man named Zahn (Z = EVIL) who is evil because he is evil, breast cupping occurs during the most awkward moments (after the death of a good friend, while horrific bloody tragedy unfolds on the television). I gather for the pure sake of saying breast over and over again…

“Good riddance” said Greenfield as he finished the manuscript hurling his pen at the wall, “I have finished my penance.”

On a future overpopulated earth (consult my overpopulation index for more titles) Dr. Robert Wilde chaffs under a nebulously defined individual hating oppressive government and a wife who wants get back at him by joining the state endorsed prostitution service so that their son will be taken away.  Don’t ask me to explain the reasoning behind this decision.  Wilde had previously been indoctrinated/brain-wiped in order to forget the details of his unendorsed research project on the effects of overarming oceans.  The government likes to ignore pressing problems.

In a strange reversal, the government calls on Wilde to journey down to the Caribbean sea farmer habitations and figure out why crops yields have tailed off.  The government believes that it’s a plan by the sea farmers in order to gain status as full-fledged citizens.  Little does Wilde know that it’s all part of a nefarious plot to take over the world.

Greenfield, with his characteristically beautiful prose (sarcasm) voices evil Zahn’s deepest thoughts, “Zahn switched off the machine.  He was confident that as long as he knew what had to be done when the time came for action, he would eventually become the total master of the world.  It was a goal worthy of his talents!”

Wilde, after a long shouting match with his wife and a son who screams that he hates him, heads to the Caribbean, fights some sharks, meets women of all ages who want to get in his bed, and fights some more sharks…  Oh, and figures out his role in Zahn’s plan.

The flaws are endless — here are an assortment.  1) Greenfield has the vocabulary of freshman high school student.  2) Every sentence with a word over three syllables comes off as awkward.  3) Indulgent chapter heading quotes from Shakespeare, Milton, and others clash with the insipid prose while falsely implying great revelations or fascinating literary references.  4) Greenfield is out of his depth conveying even the most basic conversation.  5) He abides by the time-honored maxim that conveying a modicum of realistic emotion is as difficult as scaling Everest.  Characters die left and right and people simply act “sad” — for a little bit.  6) His characters constantly act in a completely artificial manner… 6) Every female character walks around in a slip willing to slip (pardon the pun) into the arms of our “hero.”  7) And yes, the end, he dies (sorry for ruining it for everyone) with a good dose of religious imagery — a cross in the sky.  I have rarely felt so elated at the death of a so-called Christ-like hero.  I shall refrain from encomiastic laments…

The action scenes are hilarious — Greenfield desperately tries to ratchet up tension with his sea-life massacre scenes before saying that shark killing is actually really easy.  This one is “great”!

Jessup signaled the mother ship.  “One casualty down here.  Dungan is dead,” he said.

“What about the sharks?” the operater asked.

“Going after them now,” Jessup said. “Will have to kill them.”

“Shall we send additional sub-scouts down?”

“What about it, Munsey?” Jessup asked.

“We will handle it,” Jessup answered.  “Over and out.”

“He brought his sub-scout on a line off the starboard beam of Munsey’s craft and together they moved closer on the sharks.  Again and again they were charged by the monsters and each time they managed to kill several of the attackers until the sea round them was filled with blood and pieces of fish and there were only six of the original pack left.  These were too tired to put up a fight.  Jessup and Munsey killed them without much difficulty.” (81)

Lesson: if sharks kill your men, go kill them.  It’s better if you wait a bit until they’re tired, it’s easier.

Avoid, with the same mindset as avoiding sharks…. 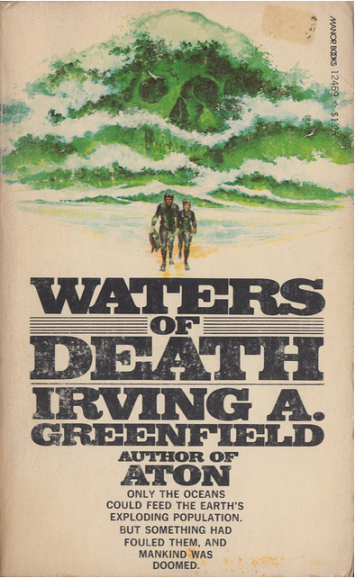 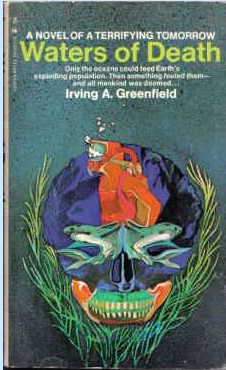