1. John Varley’s fantastic mind trapped in a computer after an accident while a lion in an underground Mars safari park short story “Overdrawn at the Memory Bank” (1977) inspired me to pick a collection of his late 70s and early 80s short stories—including the Nebula and Hugo-nominated “Beatnik Bayou” (1980) and the Hugo-nominated “The Barbie Murders” (1979).

2. Colin Greenland’s oblique Daybreak on a Different Mountain (1984) is my type of fantasy—sculpted landscapes, a Ballard-inspired entropy-filled world, surreal sequences…. I picked up volume two in the loose Daybreak sequence.

3. I am slowly working through Marta Randall’s novels–see my favorable reviews of Islands (1976) and A City in the North (1976)–and, despite the awful cover, snagged the first volume in her Kennerin Saga sequence.

4. An finally, a complete unknown quantity…. My friend 2theD (who, unfortunately, has long retired his blog) described it as impossible to paraphrase, nebulous, linguistically inspired….

Let me know what books/covers intrigue you. Which have you read? Disliked? Enjoyed?

(David Plourde’s cover for the 1980 edition)

From the inside flap: “John Varley. Whether he’s looking into a murder on the moon or pondering life among the outer rings of Saturn, John Varley creates controversy among SF fans and readers everywhere.

One of today’s top young authors, compared by Asimov to the early Heinlein–he has been accused of being too flasy, too deep, too sex, too adventurous, too “pulpy,” too literary…

Accused, in fact, of everything but being dull. 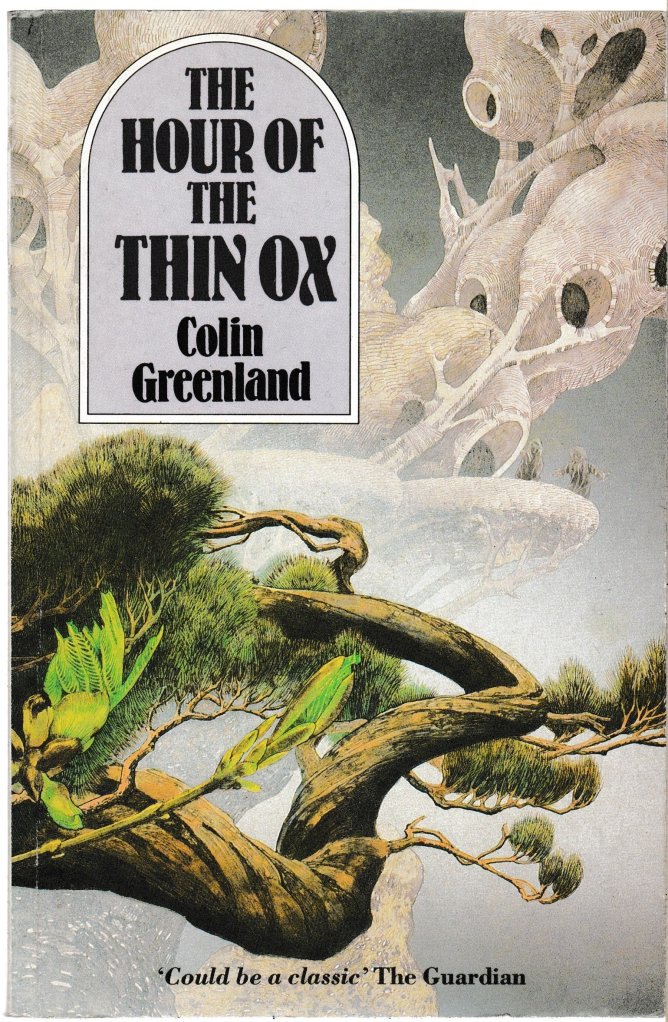 From the back cover: “In tranquil, prosperous Bryland, a young heiress learns of a new engine of war which will bring terrible change in its wake. In the distant, arrogant nation of Escaly, the elderly Imperial Geometer is set upon an unexpected and frightening mission. In the dark, feverish jungles of Belanesi, a strange half-human people wait for a season of rain and the call of a mysterious piper.

At the Hour of the Thin Ox three cultures collide, with violent and paradoxical consequences.”

From the back cover: “ONE WORLD DIES… ANOTHER IS BORN. Somewhere in the cosmic darkness lies the unsettled Aerie. It is nothing now. Only a vast muddy rock. But it brings Jason and Mish Kennerin the hope of a new beginning as their own planet crashes down around them.

It is their home now. A shelter against the universe. A bastion of their love.

When others join them, their influence grows. With careful moves and brash gambles, they forge a mighty empire–a family dynasty whose name will thunder across the generations to the farthest reaches of time and space.” 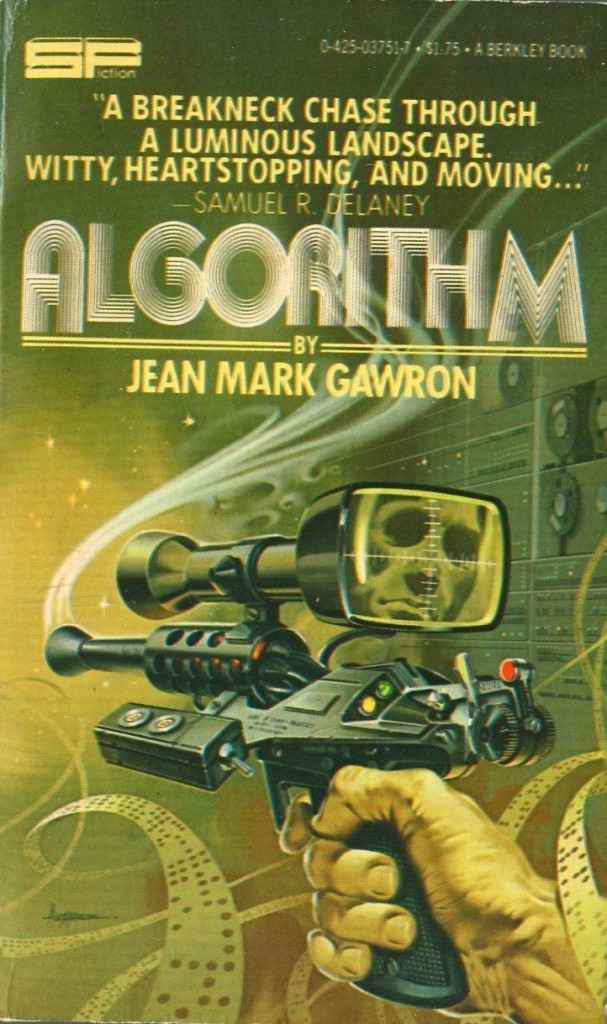 From the back cover: “THE FORCE THAT BENT A UNIVERSE.

The Novak Transformation had altered the very shape of the universe and left proud Earth an outcast, a sleazy pleasure-colony at the outer edge of the Federation of planets “Way Up There.” But the Federation must expand or die: first came the starship jammed with mercenaries from seven worlds; then came the Assassin… ALGORITHM.”