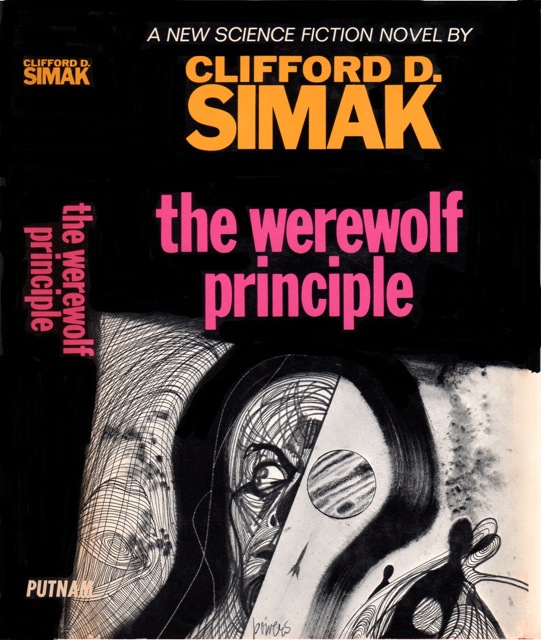 “Have you ever thought that I was frozen and thrown off the ship because they didn’t want me aboard, because I’d done something or they were afraid of me or something of the sort?” (49)

Andrew Blake, with memories of an earlier Earth, is discovered by asteroid miners frozen in a capsule. Is he the crew of a lost vessel? Was he the victim of a catastrophic accident? Or, something far more sinister? A claustrophobic and violent mission unfolds has Andrew Blake seeks to establish his identity, and the reason for the two alien voices in his head, while politicians argue the definition of humanity.

I appreciate Clifford D. Simak’s unique voice. His works have proved hit or miss—I adored Why Call Them Back From Heaven? (1967) but struggle with the technological hypocrisy of his more pastoral visions, for example, A Choice of Gods (1971). Few memories of Way Station (1963) or City (1944) remain as they were consumed (I think with relish?) in my late teens. And I’ll try to forget about the failure that was Cemetery World (1973)….

The Werewolf Principle doesn’t live up to its premise. Recommended only for Simak’s fans.

Discovered by chance in a capsule in space, Andrew Blake returns—centuries after his departure—to an Earth transformed. In perfect health and with no knowledge of his past, Andrew must learn the secrets of his existence. Three beings dwell in the body of Alien Blake—the Thinker, the Changer, and the Quester. Andrew, a “simulated” human, is an experimental technology–tasked with exploring strange new worlds and killing alien lifeforms in order to learn about them.

The sinister process would go something like this. 1) An exploratory ship would land on a planet and the “dominate species of the planet would be captured and scanned” (64). 2) The data would be storied in the ship’s computer where it would be transmitted to a simulated human which would become “an exact copy of the creature” (64). The original creature would die in the scanning process… 3) The copy of the original creature would explore the planet and carry out its “investigations” (65). The human “mentality and memory and identity” remains—“deeply subliminated” (65). After an interval of time the alien copy would return to the ship and transform back into  human form where it would be able to “recall memories of its existence” as an alien (65).

But something went wrong! The subliminated human mind did not kick out the alien mind. They existed together, along with a third alien mind they gathered on their exploratory journey. The crewmen, terrified by what Andrew had become, eject him into space (80). On Earth, Andrew does not remember his past or the reasons for his unusual behavior (when an alien mind resurfaces its overrules the human one and shapeshifts him into other forms).

Over time, for reasons that aren’t entirely clear, Andrew relearns how to interact with the two alien minds simultaneously: “but now, finally, after a time, the three of them together once again, blood brothers of the mind” (80). But Andrew is on the run, hunted by forces terrified of his shapeshifting abilities.

Simak weakens the intensity of the narrative with passages of unnecessary whimsy that interrupt the justified paranoia.

Architectural technologies:  Despite a late 60s publish date, the novel has a distinct 50s feel towards technology. Simak revels in lengthy passages describing various gadgets—some of which fit his overarching themes. For example, the evolution of the TV: “Not only was one surrounded and caught up by the sound, the smell, the taste, the temperature, the feel of what was going on, but in some subtle way became a sympathetic and an understanding part of the action and emotion that the room portrayed” (38).  This passage connects to the novel’s focus on new ways of understanding and experiencing the world. Just as Andrew, as a synthetic being, gathers input from is other alien selves, the dimensio provides a new range of sensory data.

However, Simak allows himself to get carried away with other technological marvels that add little: for example, the transformed house. In this future, the humble abode is now run by a sentient computer (which talks for fun with other neighboring houses). Simak imagines a grandmother version of Alexa on steroids which goes around badgering the poor occupant—begging them to eat and redecorate. Andrew is horrified by its persistent interruptions and demands. As was I!

Another off-putting sequence concerns Simak’s obsessions with Folkloric pastoralism: Blake finds himself in the woods. He observed an “otter-mink emerge[..] from beneath the log. It was neither an otter nor a mink. It was a bipedal being-like something that had stepped from the pages of a children’s book” (45). Blake, unsure of his own sanity, assumes the creature is a Brownie. Later we learn an alien species arrived on earth, eschewed Earth technology and culture and decided to live in Earth’s forests.

Yes, I know what Simak is doing. He takes Earth legends—Brownies shapeshifting into woodland animals and the “werewolf(ish)” transformation of one of Blake’s aliens—and gives them a SF twist. For me, this is Simak’s pastoralism at its most awkward and childish. In a single sequence the paranoia and terror Blake experiences as he grapples with the nature of his being becomes trite.

The biggest narratological crime is Simak’s relegation of the details of Andrew’s origins to a boring senate committee Q & A.  This is the core of the story! Why must we read pages of a transcript of a committee meeting when it could be told in a more exciting manner? Andrew, on the loose, comes to the same realization of origins. Simak, to fill space (?), ends up retelling the same story twice. 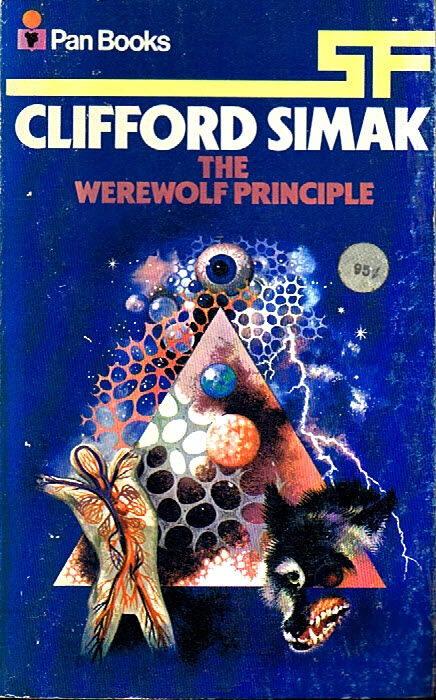 (Richard Powers’ cover for the 1968 edition)