All the following books came from the Chicago, IL bookstore Bucket O’Blood. I bought them online to support one of my favorite bookstores negatively impacted by the Covid-19 pandemic. Check them out!  If able, support your favorite stores (buy online, buy gift cards for later purchases, etc.) in this trying time.

I hope all of you are well.

1. Book two of C. J. Cherryh’s Faded Sun trilogy. I bought the first one a few months ago.

While I’ve only reviewed two of Cherryh’s novels on my site—-Merchanter’s Luck (1982) and Port Eternity (1982)—she was one of my favorite pre-blog authors. I’ve previously read fifteen or so of her novels including Cyteen (1988) and Downbellow Station (1981). I have yet to read any of her pre-1980 novels so I look forward to diving into this trilogy.

2. An unknown author and novel (at least to me)…. with a flashy/fun cover. According to SF Encyclopedia, “A counter-cultural ethos also inspired the grimmer Centerforce (1974), in which motorcycle dropouts and commune dwellers combine in opposition to a Near-Future police-state America.”

3. One of C. J. Cherryh’s few standalone novels–Hestia (1979). Seems like a standard anthropological mystery on an alien world. Thoughts? As always, annoyed by the cat woman alien art…. 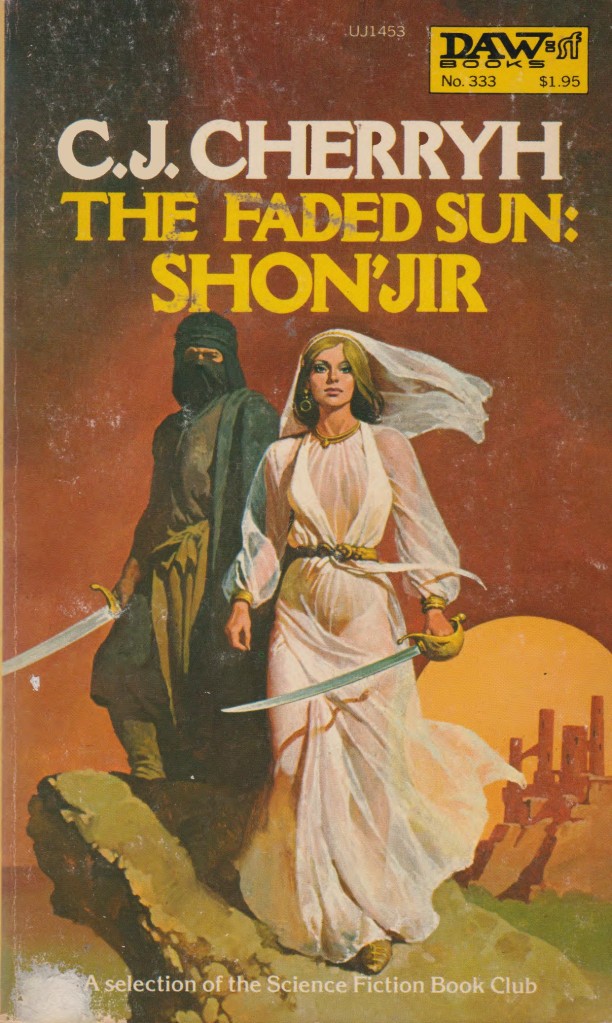 From the back cover: “Sten Duncan had saved the lives of the last two of humanity’s deadliest enemies, during the takeover of their planet Kesrith. Sten therefore felt responsible for them and for their future—if any.

For through the two mri were brother and sister, they represented different power-castes of their ancient warrior-race. Nium was the last of the bred samurai. Melein, though young, was perforce the last priestess-queen.

But struggle and mutual danger had sealed Sten Duncan to their loyalty. As their blood-brother, he would have to help them free mankind and take the long, long evasion-route across the cosmos to a legendary lost plant which might afford the mri one more chance.” 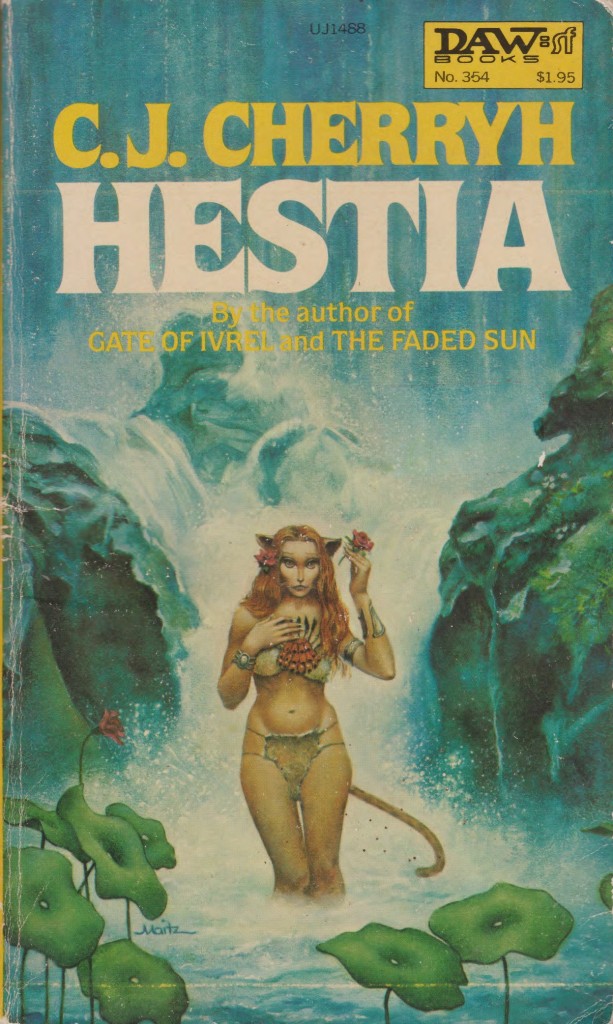 From the back cover: “After a hundred pioneer years the colony on Hestia seemed to be nearing its end. Its holding on that green and fertile planet were still limited to a single river in one valley. Everywhere else hostile fauna hedged them in.

A dam could break the deadlock, but they needed an engineer to construct it for them. Sam Merrit was the man who came in answer to their S.O.S.—and he wanted out as soon as he had landed. But once down on Hestia, it was live or die with the colony.

So Sam stayed—to discover certain anomalies that the hardscrabble colonists had thrust from their minds.

HESTIA is a gripping new science fiction novel by the talent author of THE FADED SUN and BROTHERS OF EARTH.” 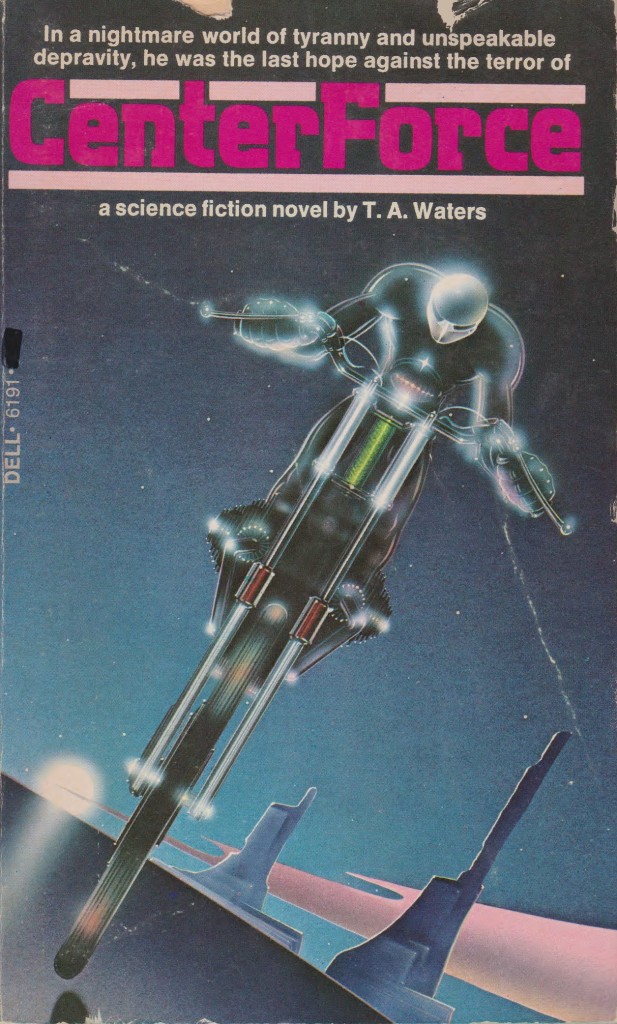 (Stanislaw Fernandes’s cover for the 1974 edition)

From the back cover: “BEN REED WAS ON THE RUN through an America that had been turned into a nation of slaves dependent on and submissive to the power known as CenterForce.

BEN REED WAS ON THE RUN through a ravaged wilderness territory ruled by a savage rebel army of social outcasts and mutants who worshipped loveless sex and pure destruction.

BEN REED WAS ON THE RUN desperately racing against time to reach and try to save America’s last island of hope and decency before it was submerged in the rising sea of rapacious violence, save it from…. CenterForce.”

(Michael Whelan’s cover for the 1980 edition)

From the back cover: “Kutath was an ancient world and a dying one. It ages past its best sons and daughters had gone to the stars to serve as mercenaries in the wars of aliens.

Now the survivors of its star-flung people, the mri, had come back—in the form of a single woman, the last priestess-queen Meleine, and a single man, the last warrior, Niun. And one—the human Sten Duncan who had deserted Earth’s military to swear service to the foes of his own species.

Here is the grand climax of the highly praised novels of the Faded Sun, candidates for Hugo and Nebula awards. Completed in itself, it is a science-fiction novel of the highest caliber, an in-depth study of the last stand of an alien culture confronted with the devastating vengeance of two star-conquering races.”