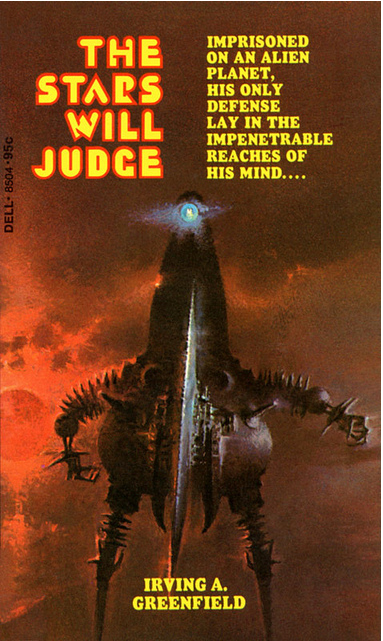 There are manifold possibilities for the infernal machine unraveling beneath the streets or inhabiting entire planets — it could construct simulacra, infiltrate spaceships with insinuating metal tentacles, conduct experiments, terraform the soil, create new life, manipulate politicians, cause natural disasters — technology gone mad, endlessly proliferating…  The dangers of technology, or technology in the hands of nefarious individuals is by far one of the most popular themes of science fiction.  I cannot count how many Star Trek episodes, novels, movies, and other television shows examine these scenarios — innumerable, it goes without saying.

I’ve chosen a wonderful collection of science fiction cover art with replete with a variety of infernal machines: the fear inducing robot on the cover of The Stars Will Judge, the many-limbed man attacking contraption in Rendezvous on a Lost World, the towering mass of The Killing Machine, my personal favorite — the fantastic lumbering spider-legged mechanical contrivance on the cover of Farmer in the Sky, etc. 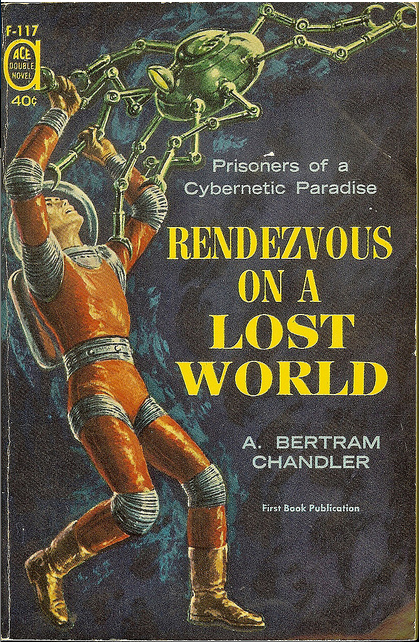 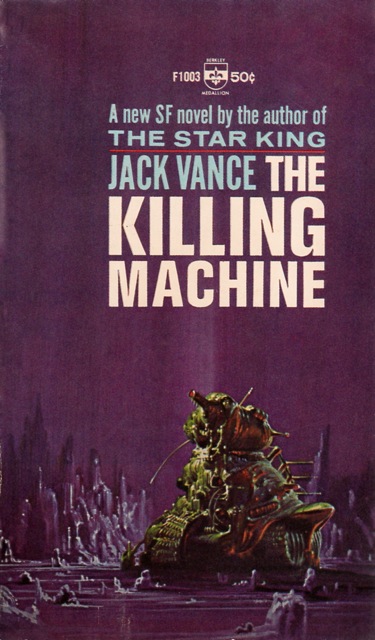 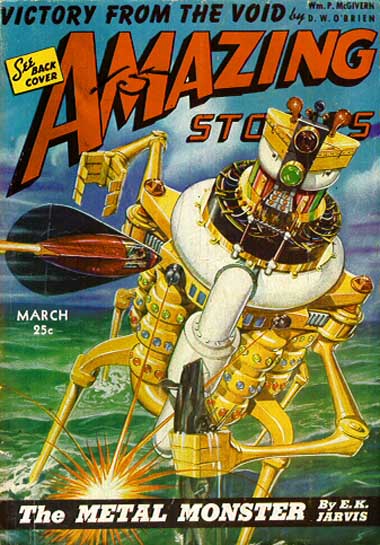 (Robert Fuqua’s cover for the March, 1943 issue of Amazing Stories)