1) Two SF/F reads inspired my pseudonym “Joachim Boaz.” The first, a novel from my dad’s shelf by Russell Hoban–The Lion of Boaz-Jachin and Jachin-Boaz (1973) in which a mapmaker designs a map charting the places of inspiration. This resonated with what I wanted my site to be (and hopefully, is)! I finally have a personal copy. I remember little from the book other than the before mentioned map.

The second, Barrington J. Bayley’s vaguely solid (but influential as I was new SF reader at the time) novel Pillars of Eternity (1982) about a man who decides to name his new self “Joachim Boaz.” Be warned, it’s one of the first, and rather shoddy, reviews on my site. I wrote the review sometime before 2010 (the date Science Fiction and Other Suspect Ruminations began).

2) Marge Piercy’s a new author to me and I look forward to her work. That said, the premise of Dance the Eagle to Sleep (1970) seems more miss than hit. I suspect I should find a copy of Woman on the Edge of Time (1976) instead.

3) Keith Roberts’  The Inner Wheel (1970) takes the form of a fix-up novel (although often listed as a collection). As I have been impressed with his SF so far, this will move towards the top of my ever-changing read to list. And it’s graced with an evocative cover despite the Playboy Press SF edition!

4) Scott Baker’s Symbiote’s Crown (1978) seems to be his best known work. I know little about the book other than it won the 1984 Prix Apollo.

Scans are from my own collection. Click to enlarge!

From the back cover: “The Lion of Boaz-Jachin and Jachin-Boaz is a fable. A fantasy. An adventure. An idyll. An odyssey. Beauty, discovery, wisdom. An expression of the intimate, ultimate, consummate reality. A novel of spirit. 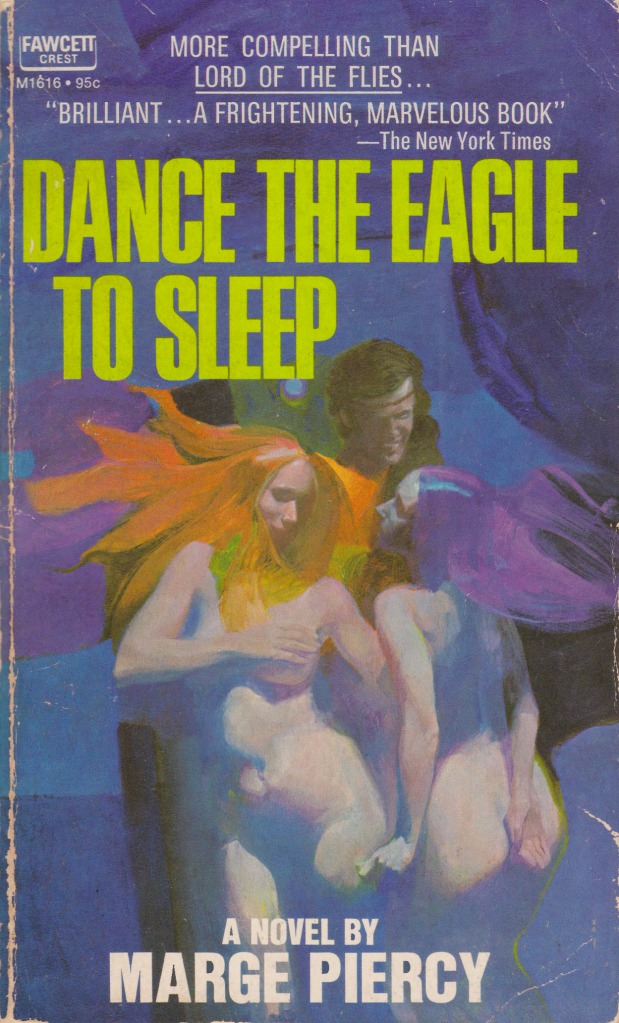 From the back cover: “Dance the Eagle to Sleep” is a passionate, powerfully imagined novel about young rebels driven underground by a tyrannical society. They call themselves the Indians.

Through the experiences of four youthful revolutionaries—Shawn, a rock music celebrity; Corey, part Indian, whose heritage gives the movement its name; Billy, a brilliant young scientist; and Joanna, a pretty runaway “army brat” who survives on pot and sex—this macabre and moving adventure brings a possible future into shattering focus.”

(Martin Hoffman’s cover for the 1971 edition)

From back cover:”Men hammered at phones as the lines burned in their hands; distributor caps split, engines flashed into flame as gasoline from torn lines doused their blocks; computers rebelled, barraged their operators with lunatic results. An army of poltergeists was loose, ripping and snapping, jamming beyond all repair the machinery of war.” 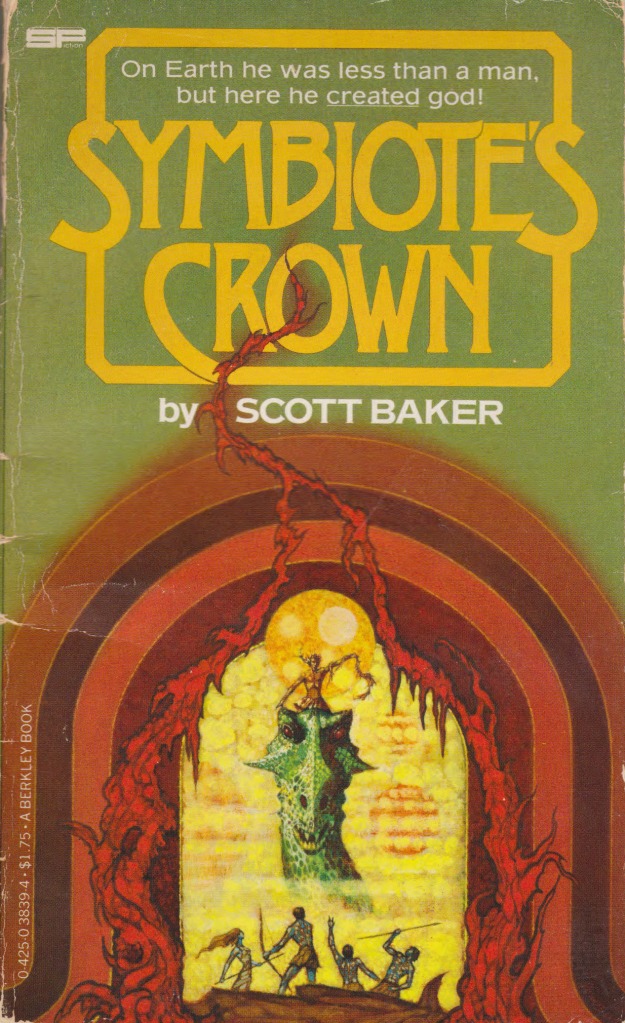 (Uncredited cover for the 1978 edition)

from the back cover: “THERE ARE NO ‘HUMAN’ COLONISTS… With the discovery of Dimensional Transfer, mankind embarked on the greatest adventure in history: the colonization of the alternate worlds. It was an adventure humans as humans could not take part in, and from which there was no return!

This is the story of a young couple who decided to make that adventure their life—for what could be worse than this hell the gods called Earth?”