In the prehistoric era of my site (2011), I attempted to conduct a watch through of Space: 1999 (1975-1977). After three episodes I quit (1, 2, 3). It reinforced my low tolerance for 70s science fiction TV/movies. As illustrated by my ratings of novels and short stories reviewed in the history of Science Fiction and Other Suspect Ruminations, the 1970s clocks in as my favorite decade for SF texts. I’ve decided that if I’m serious about the process of constructing a morphology of science fiction in the decade, I should reattempt to tackle a TV show or two. Right? 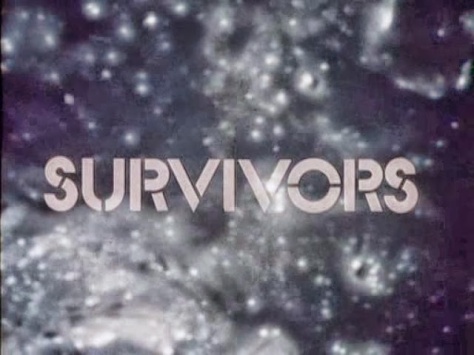 For whatever perverse reason, I’ve decided to try Terry Nation’s post-apocalyptic drama Survivors (1975-1977). And yes, I’ve been in a post-apocalyptic kick for far longer than our Covid-19 era! For the background and history of the show check out the Wikipedia entry. Terry Nation might be best known as the creator of the Daleks in Dr. Who and Blake’s 7 (1978-1981).

You are welcome to watch along with me (episode 1 is on YouTube). I cannot promise how many episodes I’ll get through or at what rate I’ll watch the show. I am a reader and a watcher of whim, bound to change my mind on a dime.

This will not be a formal review but rather an informal/brief collection of ruminations. 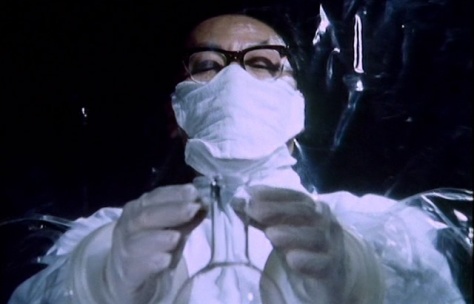 (The origin of the virus according to the title credits)

The show follows a handful of survivors who lived through a cataclysmic pandemic as they attempt to rebuild society.  “The Death” wipes out 4,999 out of every 5,000 humans on the planet within a few weeks. The terrifying title credits—a sequence of passport stamps indicating the spread of the disease around the world–suggest that it escaped accidentally from a Chinese laboratory.

In “The Fourth Horseman” we follow two women, Abby and Jenny, as their lives slowly unravel due to the virus. Abby, who lives and upper middle-class life outside London, contracts the virus, and wakes up with her husband already dead. She cuts off her hair and burns her house, a pyre for her husband’s corpse, and heads off to find her son. At his boarding school she encounters an old teacher–his hearing aide on its last batteries—who laments the future that will emerge from the empty streets. He suggests that humanity will have to learn again as the salvageable remains of the past are consumed by the survivors and decayed to the ravages of time.

Jenny, a single woman, lives in London and attempts to look after her sick roommate. Seeking assistance from a doctor, she heads to the hospital, packed with the lines of the terrified, where a sympathetic but overworked doctor tells her that little is known about the disease and the government has been pandering lies (flu vaccines, etc.) in order to keep people comforted. It appears that a small number of people are immune. The doctor begs Jenny to flee the city before complete chaos descends.

Jenny returns to her apartment, finds her roommate dead, and flees the city. She navigates streets filled with hooligans and encounters survivors in the woods either terrified by her presence as they might catch the disease or hoarding cash waiting for everything to return to normal.

“The Fourth Horseman” successful conveys the relentless bleakness of an encroaching disease and its devastating aftermath when only the immune remain. “The Fourth Horseman” hammers home the impact of the disease by focuses on the breakdown of the standard information channels (radio, TV, government alerts, etc.). As Abby attempts to meet up with her husband returning from London, she notices that what she took for granted—for example, the timetables of trains—no longer function. At the dinner table she ruminates aloud, “I never thought what happens to a city […] If it all breaks down, all at the same time.” Suddenly as the radio stations flicker out, knowledge of the distant world—what is happening in China, in New York—is reduced to fragments and rumors.

Abby’s interactions with the teacher at her son’s now abandoned boarding school indicate the show’s central themes—how will humanity survive after “The Death”? What society will emerge? What can be rebuilt? With his hearing aid turned on for one of the last times, he ruminates “the real survivors will be those who will come through what fill follow.” He is resigned to the fact that his usefulness is coming to an end. He might have survived the disease, but he won’t survive what comes next.

Other than the effective (and according to viewers who watched it as a kid—scary) credits, the episode is characterized by visual functionalism. No individual scene’s composition stood out. One could argue the low-budget TV functionalism adds to brutal realism. It feels like lives are unraveling in an unglamorized documentary-esque manner.

A solid, if visually dull, beginning to the show…

I look forward to the next episode! 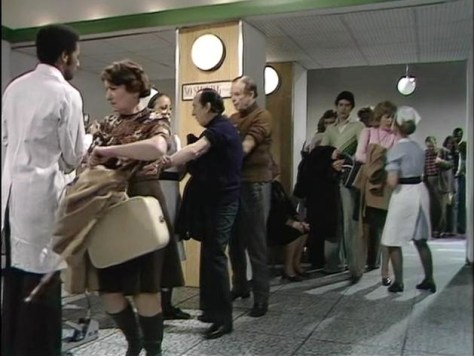 (Hospital with no PPE)

For a more substantial review check out this one. It gives a broader view of the series as a whole.