My first purchases of 2021! As always, which books/covers/authors intrigue you? Which have you read? Disliked? Enjoyed?

From the back cover: “Imagine a world in a system of twin suns, where Winter is 6000 ice-locked years and every Spring is the first remembered. Imagine a People finding ruined cities beneath the melting snows. Never dreaming they had built them. And would again… Imagine Helliconia. And begin the most magnificent peice since DUNE…”

Initial Thoughts: I love Brian W. Aldiss’ SF–from his iconic generation ship novel Non-Stop (variant title: Starship) (1958) to bizarre experimental works short stories like “Judas Danced” (1958) [which I need to reread!]. I have yet to explore any of of his early 80s SF. I’ve reviewed the following Aldiss works:

I’ve also read but never got around to reviewing his wonderful Greybeard (1964).

Greg Theakston’s cover for the 1979 edition

From the back cover: “THE UNIVERSE WAS RUINED… The Church was the only link between a thousand nameless, warring, fortress worlds. Dane was an acolyte, a Keeper of Mysteries, until he was entrusted with the greatest Mystery of all. It was a stone that spoke. It gleamed in his hand and spoke in his mind with a tiny voice from the far end of Time: “I am Earth…” Then Dane became a warrior for a world he’d never see!”

Initial Thoughts: James E. Gunn, SF scholar and author extraordinaire, passed away December 23rd (obituary). In the first years of my site, he was a firm favorite. He even stopped by to tell me his favorite SF cover! I’ve reviewed the following:

John Rush’s cover for the 1983 edition

From the back cover: “MORTALITY’S END. It was called the Mouat-Gari process. It gave to all of Earth’s children man’s oldest dream—immortality. For Kurt Kraus, torn from his family, attacked and persecuted by a generation he was destined to see age and die before his eyes, the first years of eternal life were the hardest.

But as a century passed, and Kurt found himself one of Earth’s ageless rulers, he discovered immortality’s terrible price, and the awful choice mankind had to make to redeem its future.”

Initial Thoughts: Unknown work and author! Have any of you read it? 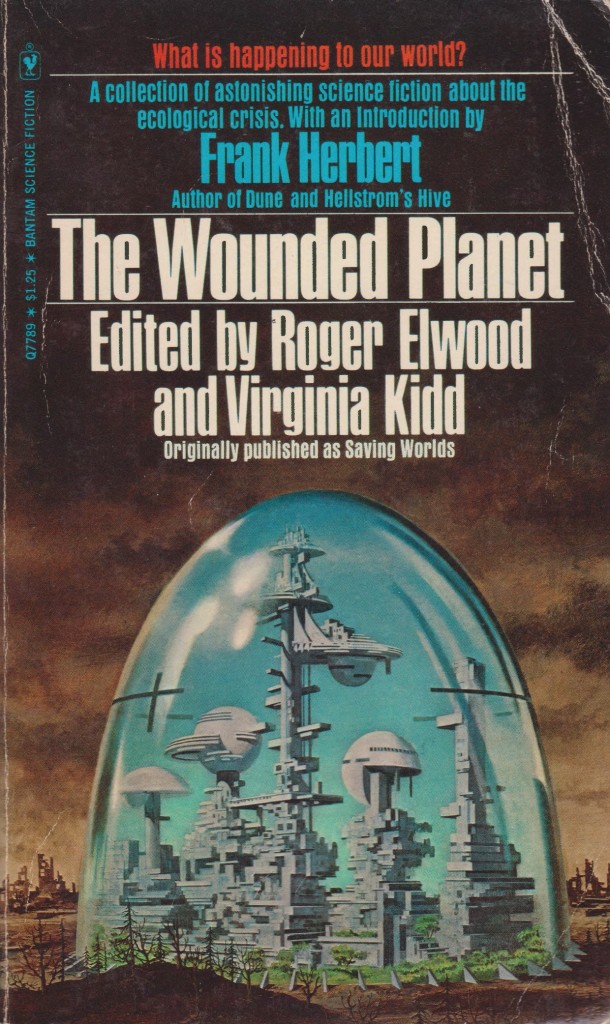 Uncredited cover for the 1974 edition

From the back cover: “Out of a concern for life as we know it… some of the best-known names in science fiction demonstrate in chillingly possible stories, the pain and punishment that have placed a scar on The Wounded Planet.”

Initial Thoughts: I enjoy themed anthologies–this one on environmental destruction. I most look forward to the two Gene Wolfe tales. And I’ve never read one of Andre Norton’s short stories…