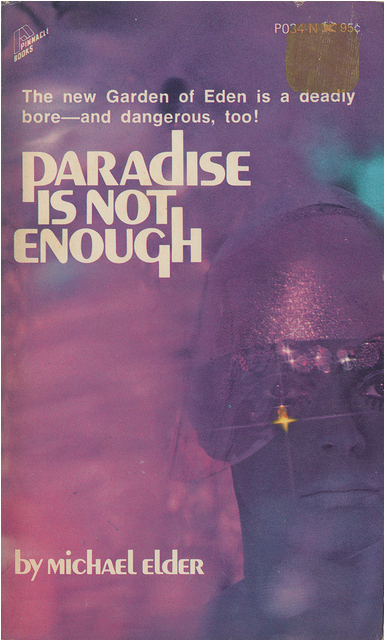 (Uncredited cover for the 1971 edition of Paradise is Not Enough (1970), Michael Elder)

Evil lurks behind purple clouds — a mascara-eyed man be-speckled with sparkling stars leers from the purple haze (the aphrodisiacal gases of paradise?), a goggled hero clutches his chest due to the horrific color palette sheeting towards them (a purple god’s purple tears?)(“O no! Run! Shall we run from the purple and green atomic rays?”), and real humans aren’t purple, so, the androids must be — to blend in with the real humans? or, are all humans purple but only androids see the purple spectrum?  Serious questions.

Enjoy, and try not to laugh.  Remember, the artists are asking serious questions. 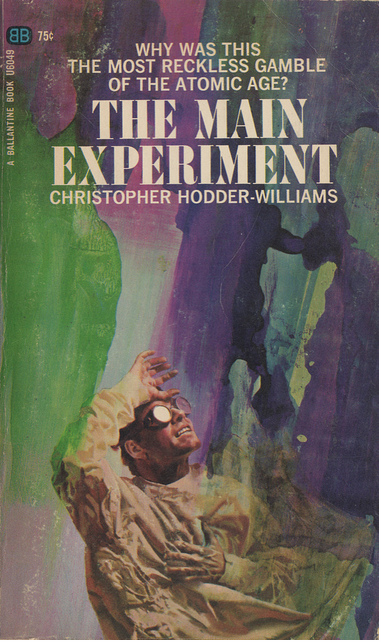 (Uncredited cover for the 1966 edition of The Main Experiment (1964), Christopher Hodder-Williams) 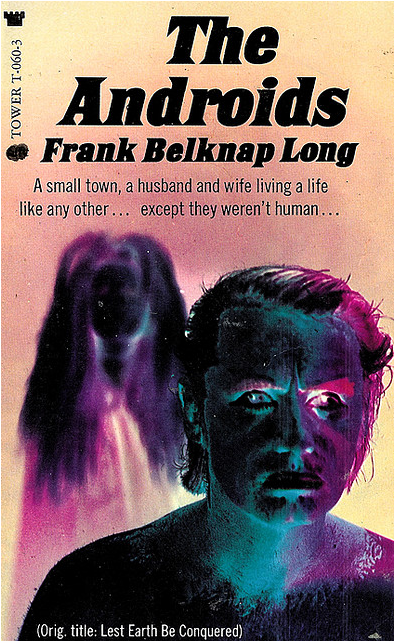 (Uncredited cover for the 1969 edition of The Androids (variant title: Lest Earth Be Conquered)(1966), Frank Belknap Long)