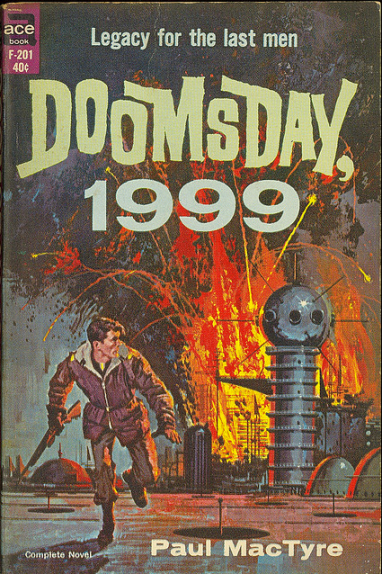 Behold Part II of my popular series on the doomed city in science fiction cover art (see Part I).  A doomsday that never happened, a tank and a skeletal reminder of a past battle — a ruined city, colliding stars, colliding planets…

Behold the august ruins of our people, our cities, our achievements.  If there’s anyone still left.

As always, are the books/authors worth reading?  Geston’s handful of novels have been on my radar for a while — the one below, Out of the Mouth of the Dragon (1969) is part II of a series.

The cover of Paul MacTyre’s Doomsday, 1999 (1963) adeptly embodies the panic of the destruction of the world’s cities.  Equally impressive is John Schoenherr’s cover for Out of the Mouth of the Dragon which evokes the intense desolation of a vista replete with the scattered ruins of society.

Kelly Freas’ cover is, well, horrible (below).  That is to be expected. 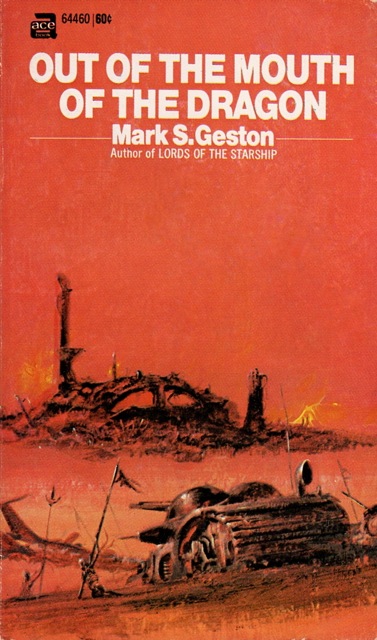