Around three years ago I put together a list of sites and resources that exerted an appealing gravitational pull…. drawing me into their SF depths.  And it is time to add to the list!  If you haven’t seen the original and you like my site I recommend checking it out.

Unfortunately, a few from the original list have gone defunct or are on hiatus.  I will echo (and amend) my earlier call to arms!

Please visit them, comment on their reviews, and browse through their back catalogues.”

1. From Couch to Moon: Megan’s site focuses on classic SF (in addition to worthwhile read-throughs of newer award slates etc).  What perhaps delights me the most, other than her voracious SF passion and intellect that shows through in every review, are her stylistic pastiches—for example, her review of John Brunner’s Stand on Zanzibar (1968) in his style: “This is sensory overload. Polemics in the form of ADHD. Part oracle, part Anarchist Cookbook. A graduate of The Space Merchants Academy, hold the cheese.”

A sample of her reviews: a mini-flash paragraph that embodies what is so harrowing about J. G. Ballard’s  The Drowned World (1962) and a more traditional analysis of Suzy McKee Charnas’ masterpiece Walk to the End of the World (1974).

If you don’t follow her already, you are missing out! 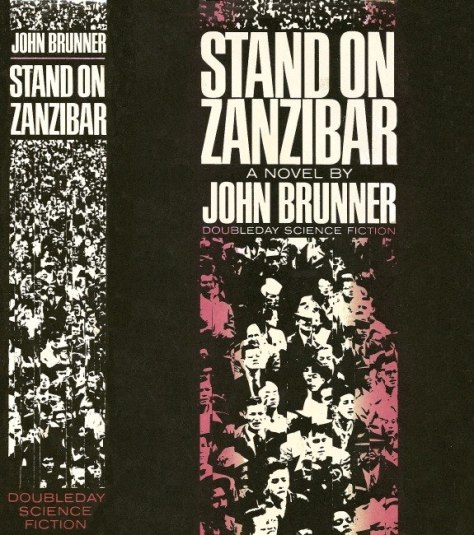 2. SF Magazines: Paul Fraser’s site reviews SF magazines (and occasionally Horror and Fantasy) from the pulps to the present.  Some notable recent reviews include Science Fiction Monthly, April 1975 (what a disturbing Ray Feibush cover!) and The Magazine of Fantasy and Science Fiction, February 1951 (the oddly surreal cover by the F&SF stalwart, George Salter). 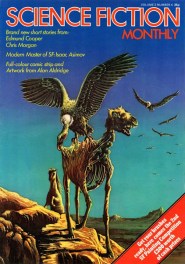 3. A Jagged Orbit: Guy’s site showcases a range of genres including SF.  Recently, he is working through some of the authors that “were important to [his] teenage years” starting with Frank Herbert….  A few reviews: Frank Herbert’s Hellstrom’s Hive (1973) and Robert Sheckley’s The Status Civilization (1960).

(Uncredited cover for the 1967 edition of The Status Civilization)

4. Paul Camp’s SF Amazon reviews: I have unsuccessfully attempted to get Paul to create a SF site to gather together his immense number of insightful SF reviews.  He resists.  Unfortunately, I find Amazon’s interface problematic as one cannot sort the SF reviews from other random reviewed products.  If you are willing to page through his reviews you will be pleasantly surprised.  Perhaps  additional comments from you all will persuade him to create a more accessible site.

Like me, Paul explores lesser known SF authors primarily from the 50s-70s and unlike me, he has a higher tolerance for pulpy SF.

5. Schlock Value (reading cheap literature so you don’t have to): Thomas Anderson’s almost stream of consciousness reviews are a hoot and a holler!  He reviews SF which we might not want to read, the pulpiest of the pulp, the most non-sensical nightmares of inept prose… And he revels in their horrors and celebrates their few moments of clarity and insight.

6. Unsubscribed Blog: This site is not a review site.  Rather, he posts high quality scans of various books from his immense SF collection.  Fodder for the secret (or not so secret) collector desires that exist in all of us….  Unfortunately, he has not posted in a few months and I hope all is well!

Here’s an example of the high quality scans he provides!

7. Tongues of Speculation (the many tongues of translated speculative fiction): I featured Mike’s main review site (Potpourri of Science Fiction Literature) on my previous list.  He created a new one to showcase foreign SF that exists in English translation… talk about a serious deficiency in my SF knowledge!  He is especially interested in Russian and Japanese SF.  I recommend taking a long and happy browse….