Mike Hinge (1931-2003) combined a distinct 70s pop art visual aesthetic with SF themes to great effect. For the general public in the early 70s, he was best known for his Time Magazine covers (Nixon, November 5, 1973, “The Push To Impeach” and Emperor Hirohito, October 4th, 1971, “It’s Tougher World for Japan”).

I have selected Hinge’s eight covers (between 1970-1975) for Amazing Science Fiction to feature—a small slice of his massive and varied output. I own three of the eight issues of Amazing Science Fiction included in this collection (my SF magazine piles still remain on the small side) and have often wondered about the others he illustrated.

I find the May 1972 cover the most compelling—the large strokes and shadings of the face devolve into a complex machinery interlaced with a kaleidoscope of color. It harkens back to the incredible detail he was capable of (see the bonus Witzend 6 April 1969 cover included below). All in all, I find his work a fascinating collision of 70s aesthetic with pulp SF tropes from decades before. 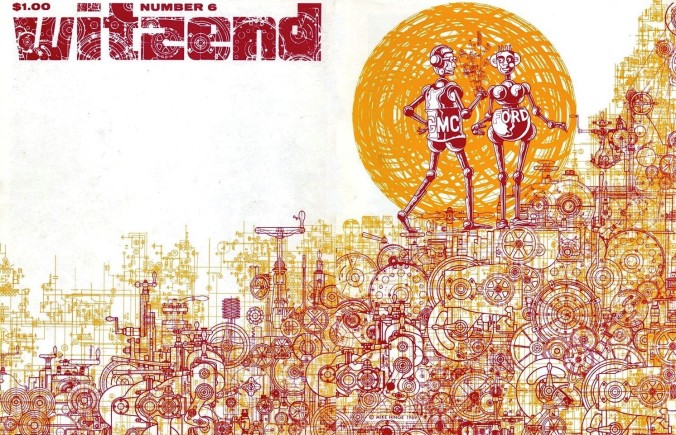