The following review of Theodore L. Thomas’ “Broken Tool” (1959) is the 6th post in my series on “SF short stories that are critical in some capacity of space agencies, astronauts, and the culture which produced them.” I have gone ahead and added two additional stories, including one that explores similar territory with a more positivist conclusion, by the same author.

Thank you Jennifer Jodell, “Friend of the Site,” for bringing it to my attention.

Previously: Theodore Sturgeon’s “The Man Who Lost the Sea” (1959) in the October 1959 issue of The Magazine of Fantasy and Science Fiction, ed. Robert P. Mills. You can read the story online here. 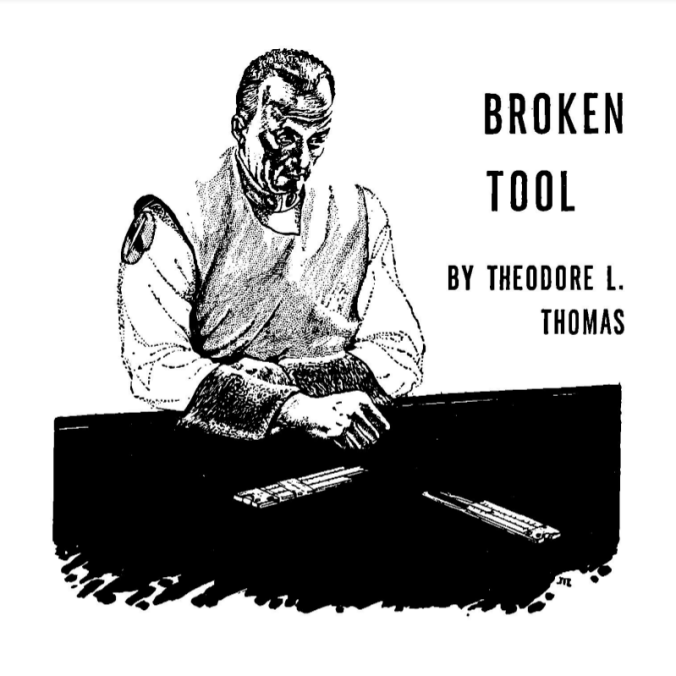 Theodore L. Thomas speculates on an unintended consequence of training cadets for deep space exploration—the creation of a radical, unmoored from earth, who only looks outward. Our ambition to explore must not subsume one’s connection to home.

Two space cadet instructors, Walter Carter and Cecil Hardy, await the return on their star student Lightner. Carter remembers the failure of his own son, Walt, and places all his dreams on Lightner. Cecil warns Carter that the last test will determine if he will be successful: “His emotions on going home will tell us whether he really is a deep-space man or just another very skillful space pilot. We have no other way of knowing” (38).

Lightner lands his spacecraft outside of his hometown. He walks its streets. His memories pass before his eyes. His first kiss. His home. The familiar patterns of life in small town America. Lightner does not pause: “This was not where he belonged” (40). Carter and Cecil struggle with the results of the test. Cecil voices what both know: “A man must believe in something greater than his ambition. He must have roots. […] This boy has nothing to come back to, no fundamental ties to Earth” (41). Cecil continues, “That boy is a fanatic” (141). Thomas’ story fits the theme of this series as he focuses on those who, captured by the dream of exploration, possess deep psychological flaws that make them unsuitable.

The story was anthologized in Kindred Spirits: An Anthology of Gay and Lesbian Science Fiction, ed. Jeffrey M. Elliot (1984) (contents). Did Elliot interpret Carter’s obsession with the much younger Lightner as more than paternal affection after the death of his own son? Or are Carter and Cecil’s displays of friendly interaction code for queer companionship in a moment of extreme shared sadness? Elliot might be conflating homosocial relationships–Thomas’ hyper-masculine world of the Space Academy–with queer overtones?

I suspect Elliot read Carter and Cecil as a surrogate “couple” responsible for “raising” Lightner. If this is the correct interpretation, this is a very positive depiction of a gay relationship (even with the sad ending). Let me know your take–SF from the 50s that tackled queer desire are rare and fascinating!

Kelly Freas’ cover for the February 1959 issue of If, ed. Damon Knight

“The Good Work” (1959), 3.5/5 (Good): You can read the story online here. Science fiction authors love to explore the unintended results of a post-scarcity/overpopulated future. You know the pattern: overpopulated world, processed food, man wants to work and to provide, man escapes to the outside and collapses to the ground and sinks his fingers into the soil. The traditionalist as radical….

Occasionally these tales, especially the 60s varieties, echo central tenets of Counterculture back-to-the-land rhetoric (escape suburbia and grow your food and commune with nature). More often than not, they read as attempts to justify 50s/60s gender roles and the underlying tenets of American capitalism. Theodore L. Thomas’ take, at first glance, appears to fall into the later category.

“The Good Work” follows Jeremiah Winthrop (names are important), “there was a dignity to the man that showed itself in every movement” from his “New England” stock (28), in his quest to find work. His family desires to consume real food sold by John Barlow, who hides his vegetal fragments like  precious objects in a small box down in the bowels of the arcology. Winthrop does odd jobs for Barlow but one day Barlow calls it quits. Winthrop, with his wife’s support, heads to the endless multi-week lines to receive government work.

And the work he receives gives him meaning and the ability to avoid “Standard Far” extruded from the massive city’s interspersed nozzles. But there’s a subversive twist. This really is a post-scarcity future. And radicals like Jeremiah Winthrop will also be subsumed by the system. And work might not be what it seems.

An effectively told satire of a common SF trope. 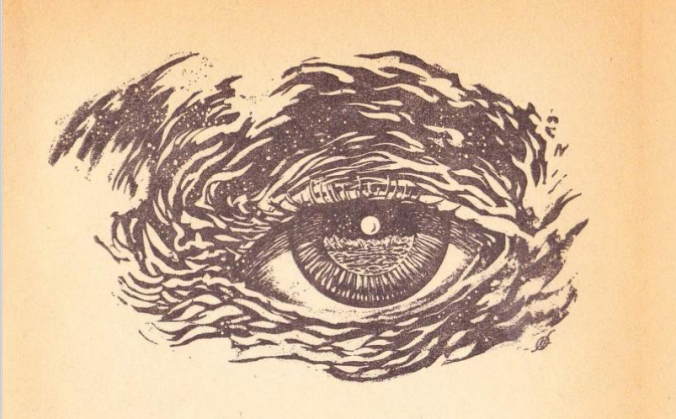 Like “Broken Tool,” “The Far Look” charts the deep psychological impact of space exploration. Two astronauts (Don Fowler and Al McIntosh) return from the Moon with “The Far Look”–lines, as if prematurely aged, radiate outward from their eyes. Two scientists (Dr. Scott and Dr. Webb) cannot find a scientific logic behind the transformation.

The traumatic experiences of Don Fowler and Al McIntosh on the moon, and their friendship welded by shared struggles, ultimately provide a satisfying explanation for the mysterious symptom. Replacing a previous astronaut pair, Don and Al experience a meteor shower, traverse a landscape of hostile emptiness and true isolation, and experience the inner turmoil at the possibility of losing the other.

While scientific purists might protest “this wasn’t the way the moon was explored or how astronauts felt,” I find Thomas’ willingness to depict exploration as simultaneously filled with psychological challenges that also must be overcome seductive. The hard sciences won’t provide all the solutions. 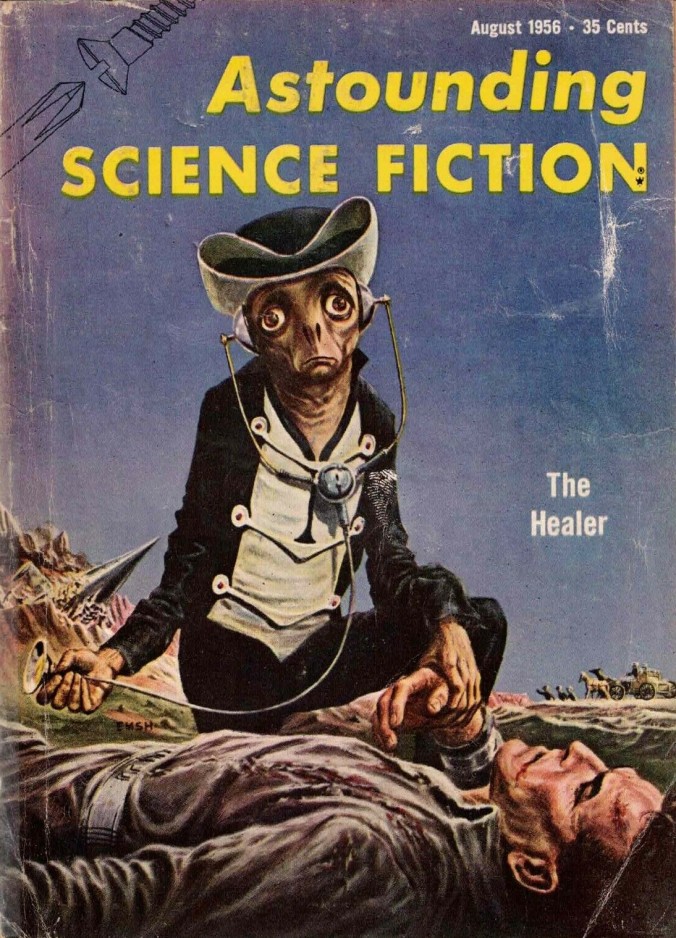 Final Thoughts: Across the Theodore L. Thomas stories I read for this post, three patterns emerge: an obsessive doubling of male character pairs (astronauts, scientists, far future workers in urban arcologies, space cadets, space cadet instructors), tender shows of affection between men, and an often critical (and possibly subversive?) look at masculinity. I will be returning to his work.