M. John Harrison’s collection The Machine in Shaft Tent (1975) contains one of the more humorous inside flap advertisements I have encountered:

Don’t worry, I certainly intend to “see tomorrow today!”  I’ll be disappointed if I can’t!

The others are a strange blend…  From Edmund Cooper’s apparently anti-Free Love/60s culture Kronk (1970) to a delightful collection of another one of my favorite years of SF.

Also, I seldom accept advanced reader copies due to my limited time/limited interest in newer SF/and incredible mental block when it comes to, how shall I say it, outside forces guiding my central hobby which tends to take me in a variety of directions solely on whim.  But, Gollancz was nice enough to send me their new omnibus collection of 1970s Michael G. Coney novels (amazon link: US, UK).  Not only did I enjoy Hello Summer, Goodbye (1975) but I recently reviewed and loved Coney’s bizarre and original Friends Come in Boxes (1973).  With two out of two successes it’s hardly like I wouldn’t buy his work on sight anyway (another one of my requirements when accepting AVCs)….  I will review two or three of the novels in the omnibus one at a time over the next few months. 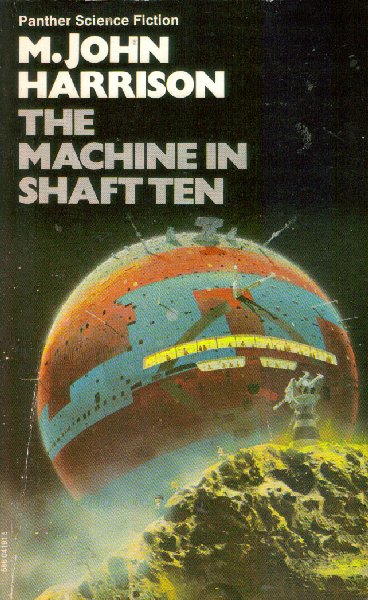 From the back cover: “MY LORDS, LADIES, ALIENS…

Panther boks in association with M. John Harrison proudly present for your entertainment one of the most amazing science fiction extravaganza’s of the year—THE MACHINE IN SHAFT TEN.

From the back cover: “The very best from the outstanding SF magazines, and from unexpected sources, including Ramparts, The Hudson Review, Playboy and Punch, by authors such as:

Frederik Pohl: is the the future of man in the electronic age?

Anthony Burgess: the most chilling time travel story every written—and a visit with the real Shakespeare.

Philip K. Dick: lifts the curtain of reality and lets us look behind it.

Dr. Paul Ehrlich: the future as nightmare… Is this just a science fiction story?

Plus twelve more—some firmly established writers in the field, others brilliant newcomers.”

From the back cover: “From the vaults of The SF Gateway, the most comprehensive digital library of classic SFF titles ever assembled, some an ideal introduction to one of the major voices of 1970s British SF, the BSFA Award-winning Michael G. Coney.  Michael Greater Coney was a British-born author who spent the last three decades of his life in Canada—including sixteen years in the British Colombia Forest Service.  His early work carried a sense of Cold War-inspired paranoia, but his repertoire was wide and perhaps his best novel, Hello Summer, Goodbye, is a wistful story of adolescent love on a far-distant planet.  The titles collected in this omnibus come from the fertile beginning of his career and include his debut novel Mirror Image, Charisma and the BSFA Award-winning Brontomek.” 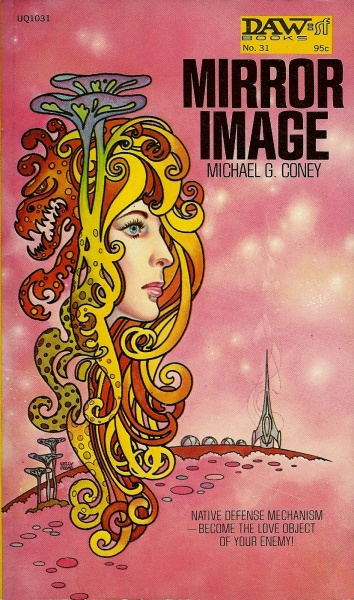 From the back cover: “HOW TO SAVE THE WORLD THROUGH SEX AND SIN! It seemed that Gabriel Crome and his elegantly hippy girlfriend had the answer—a new, highly communicable disease with the property of inhibiting aggression.  And oh boy! was it fun to communicate!  But Gabriel had reckoned without the finely honey irony of whatever Prankster it is who governs human affairs.