1. I have yet to read any of Jack Dann’s SF — this surreal (?) post-apocalyptical novel looks promising! And a strange Jim Burns cover to boot…

2. I recently reviewed Judith Merril’s “Wish Upon a Star” (1958) for my generation ship short story read-through (i’ll have a new installment soon). I decided to track down another one of her short fiction collections….

The collection itself contains a wide-range of her short fictions—from the Pern sequence (a childhood favorite) to the earliest story in the Catteni Sequence. I DEVOURED Freedom’s Landing (1995), Freedom’s Choice (1997), Freedom’s Challenge (1998), and Freedom’s Randsom (2002) as a kid! How to survive and thrive on an alien planet was my “go-to” SF device.

4. I’ve only read a handful of John Shirley’s short stories. It’s time for a novel. Eclipse (1985), set in a future a cyberpunk dystopia, tells the tale of anti-fascist resistance. We shall see!

From the back cover: “A 1985 Nebula Finalist for Best Novel, THE MAN WHO MELTED is the stunning odyssey of a man searching through the glittering, apocalyptic landscape of the next century for a woman lost to him in a worldwide outbreak of telepathic fear. Filled with passionate humanity and writing of the highest order, it is an important and resonant work by an exceptionally talented writer.” 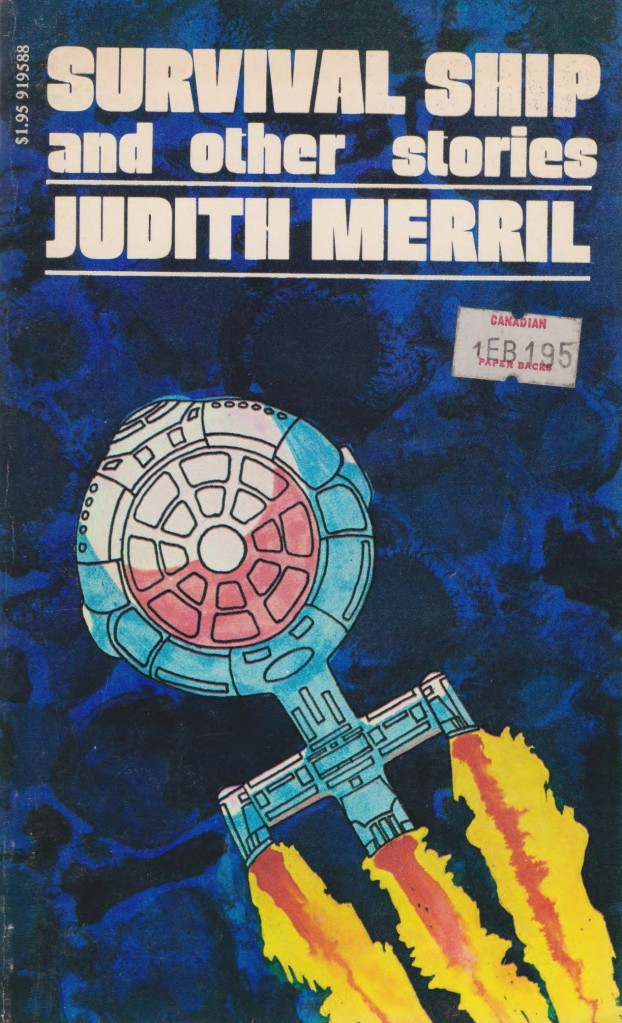 From the back cover: “WISH UPON A STAR—Here Merril turns her compassionate eye on the problems and inner conflicts of an adolescent boy who has lived his life on a star ship commanded by women.

THE LONELY—If we practice our ‘Space Speech’ and listen real hard—is this the sort of thing we’re going to hear?”

From the back cover: “A SPLENDID SELECTION OF STORIES FROM THE LADY WHO TAUGHT DRAGONS TO FLY AND ROCKETS TO SING…

LADY IN THE TOWER: The Rowan was one of a select group of telepaths—a complete Prime, one of only five. Then one day, another Prime appeared mysteriously from the outer boundaries of space, asking for help in a savage battle against evil!

FINDER’S KEEPER: Young Peter had a unique gift which earned him and his mother a little money and gave pleasure to others. Then, one day, an unscrupulous man forced Peter to use his precious gift in a crooked scheme—and Peter grew up fast!

HONEYMOON: “Helva and her new brawn were sent on an especially urgent mission… a mission that not only put them both into great danger, but a mission that also caused them to break the ultimate taboo!

THE SMALLEST DRAGON BOY: The only think Keevan wanted in life was to be a dragonrider, just like his father… but everything seemed to stand in his way!

The Soviets invaded. NATO retaliated. The limited nuclear strike had stopped the Soviet advances; it had even forced them back, but the price was high. The reat cities of Europe were dead. And no one seemed to want to claim the survivors.

Until NATO turned over the policing of the wreckage to the Second Alliance—a right-wing, fundamentalist, supposedly neutral, international security corporation.

Then, out of the rubble, the New Resistance was born. They were a motley crew of freedom fighters with few resources. Misfits, drop-outs, patriots, and partisans, the had nothing at all in common except their enemy, the Second Alliance and its soon-to-be-revealed purpose—a single-minded determination to control the world.”