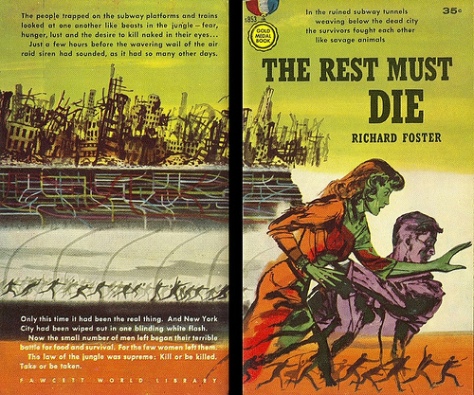 The electricity turns off in a futuristic city and people turn into animals and everyone slowly kills each other, mysterious winds sweep through cities killing everyone, large machine minds take over, nuclear bombs destroy everything, intelligent dogs take over, the sun expands drying all the oceans, the sun expands (but not as much) and water floods over all the cities, aliens come with large guns and blow everything up, aliens come with brain probes and make others blow everything up, aliens pretend to be humans and annoy the humans enough so they blow each other up with nuclear bombs, people from the past go back in time and see that humans have blown everything up and they try to prevent the aliens from making the humans blow everything up, a bacterial agent from an alien kills everyone, a bacterial agent from a mean human kills everyone, a synthetic virus from machine people kills everyone, volcanoes destroy cities, earthquakes destroy cities letting out gas clouds which explode killing everyone, large fires started by alien cows burn entire cities, evil robots take over and kill their old masters, nice robots (like Data) try to prevent the evil robots from taking over but can’t, “humans” wake up and realize they are robots and blow everything up,  the Soviets take over and kill everyone but are occasionally resisted by the most patriotic folk (like Texans and the rural rustic), [+innumerable other situation] = doomed cities, wrecked national landmarks, empty streets, crumbling facades…

Richard Powers is the master of depicting doomed cities! 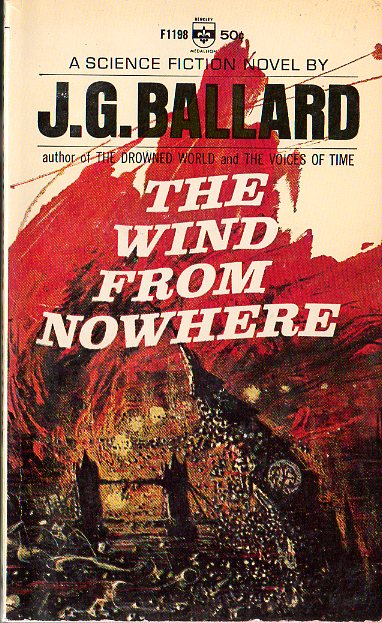 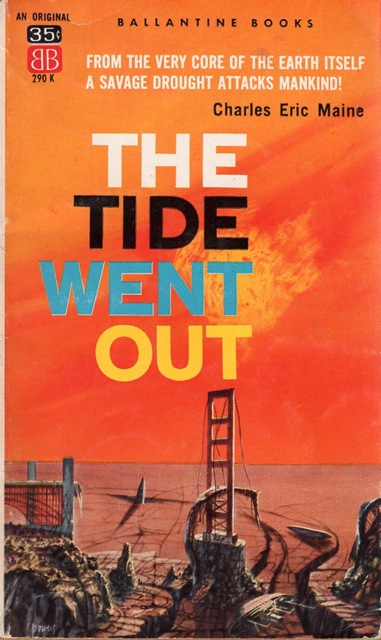 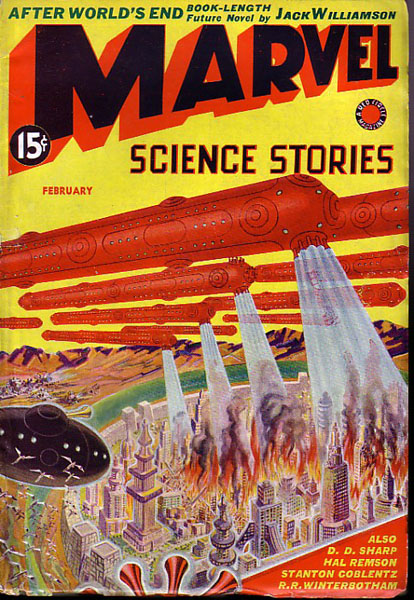