Disembodied brains — in large metal womb-like containers, floating in space or levitating in the air (you know, implying PSYCHIC POWER), pulsating in glass chambers, planets with brain-like undulations, pasted in the sky (GOD!, surprise) above the Garden of Eden replete with mechanical contrivances among the flowers and butterflies and naked people… The possibilities are endless, and more often than not, taken in rather absurd directions.

I’ve cobbled together a large variety of images from pulp magazines to covers from the late 70s.  My favorites include Valigrusky’s cover for Moon Base (1964) (brain = psychic power), Podwil’s cover for The Cybernetic Brains (Magazine 1950) (unsure of the strange jumping toad creature with red eyes), and Gerard Quinn’s rather crude cover for the December 1956 issue of New Worlds (the 50s clothes clash in a bizarre way with the bulbous monstrosity containing THE BRAIN). 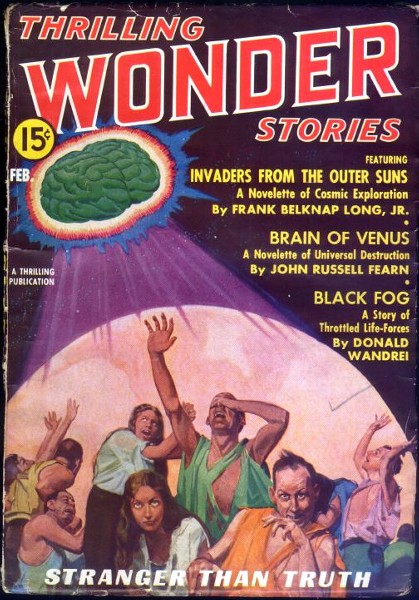 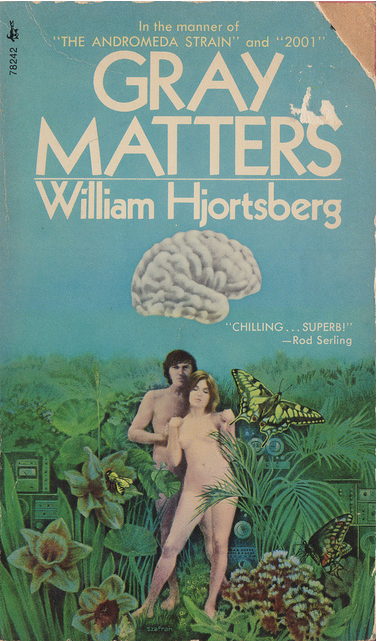 (Uncredited cover for the 1979 edition of Gray Matters (1971), William Hjortsberg) 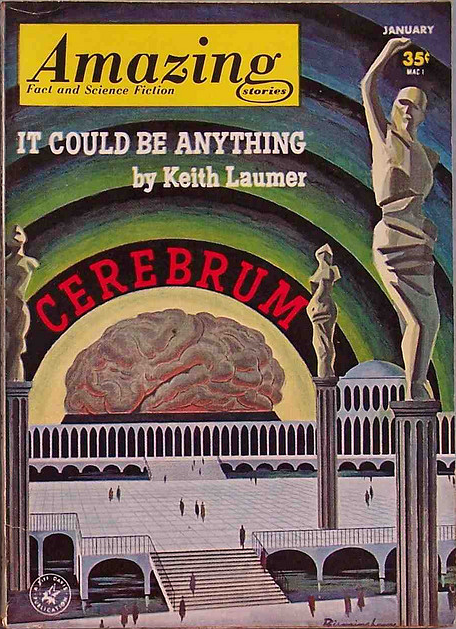 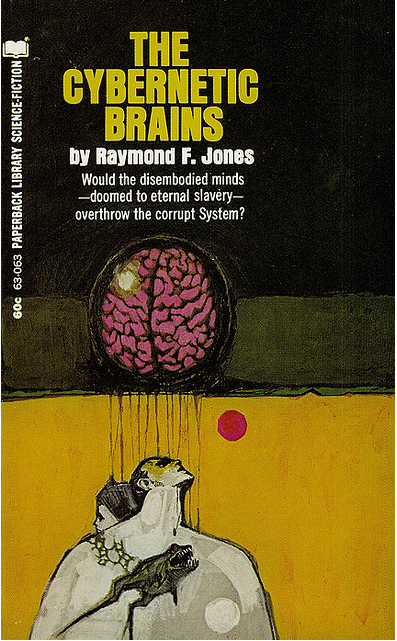 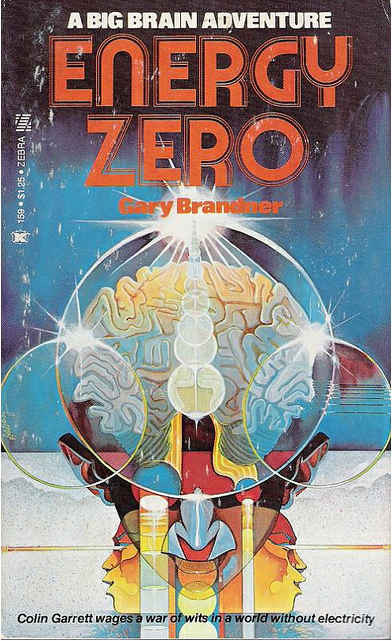 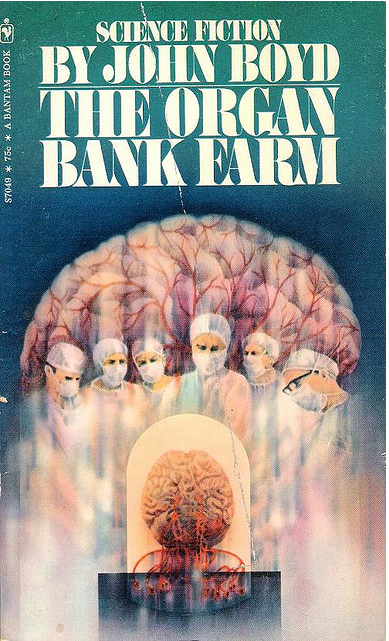 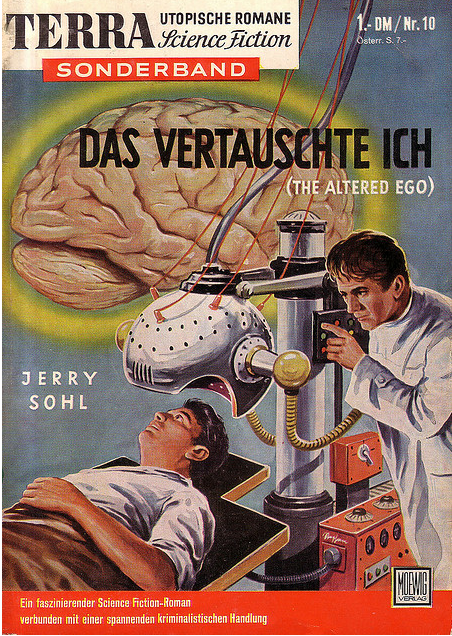 (Uncredited cover for the German edition (date?) of The Altered Ego (1954), Jerry Sohl)

(George Underwood’s cover for the 1979 edition of The Mind Thing (magazine 1960), Fredric Brown)