Here are only a small portion of the cover images I’ve collected of space stations and space habitats of the rotating wheel variety — i.e. the ring (or a torus) spins creating pseudo-gravity.  As in the double-wheeled space station in 2001: A Space Odyssey (1968)…  I have always been enamored with space stations/habitats which was part of reason I adored Star Trek: Deep Space Nine as a kid (although today I prefer it over the over Star Treks due to the complicated arc and inter character relationships/friendships) — however, the station would have been so much more interesting if the gravity wasn’t artificially generated but rather created by a rotating wheel.

My favorite is Dean Ellis’ cover for the 1973 edition of Operation Umanaq (1973) by John Rankine — it is ultra realistic and nicely detailed against a vivid background.  Of all of Earle Bergey’s pulp art I’ve always enjoyed his cover for the 1953 edition of Space Platform (1953) by Murray Leinster….  It depicts a torus space habitation being built on the ground with (I’m guessing) the rockets attached to launch it into space.

What are your favorites? (and the works themselves?)

Part II is in the works.

(W. E. Terry’s cover for the November 1953 issue of Imagination) 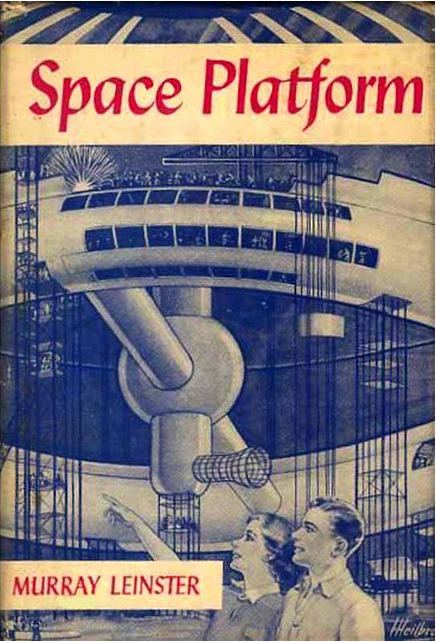 (George Schelling’s cover for the June 1965 issue of Galaxy) 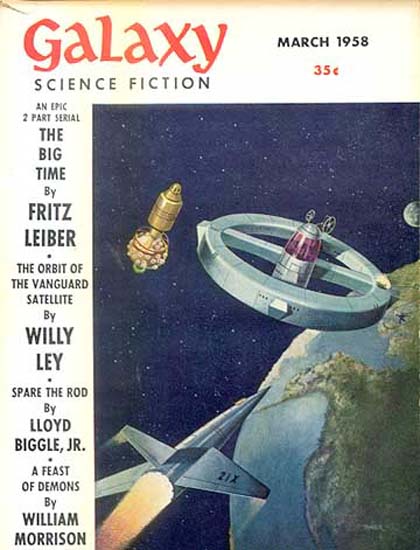 (Sol Dember’s cover for the March 1958 issue of Galaxy) 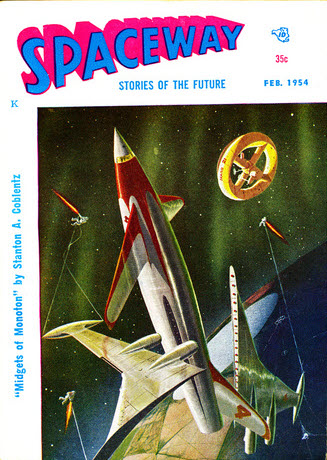 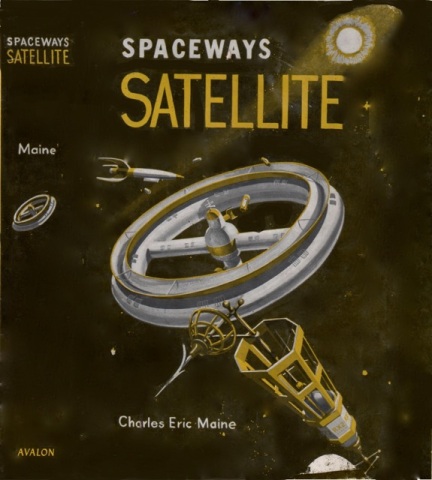