1. I bought this themeless hodgepodge anthology for two reasons–the UK 1980 edition has a cool spaceship! And second, it contains Chad Oliver’s generation ship short story “The Wind Blows Free” (1957). MPorcius calls it one of Oliver’s best. As I’ve not been enamored with his brand of SF, I’m eager to try a short story on a favorite theme far outside of his normal anthropological-focused oeuvre.

I’ve previously reviewed Oliver’s The Shores of Another Sea (1971).

2. Sheri S. Tepper is a glaring hole in my SF knowledge. I often explore the back catalog before plunging into the best known novels of an author—The Revenants, her first published novel, is “a long, complex work of SF” according to SF Encyclopedia. I wish it would be a tad more descriptive…. the novel has a fun map which I’ll feature in a Monday Maps and Diagrams post.

3. French post-apocalyptic SF in translation! With an awful cover…

4. Paul Cook is another unknown author to me. His first novel, Tintangel (1981) has a bizarre premise (see blurb below). This might be my next SF read.

Let me know what books/covers intrigue you. Which have you read? Disliked? Enjoyed? 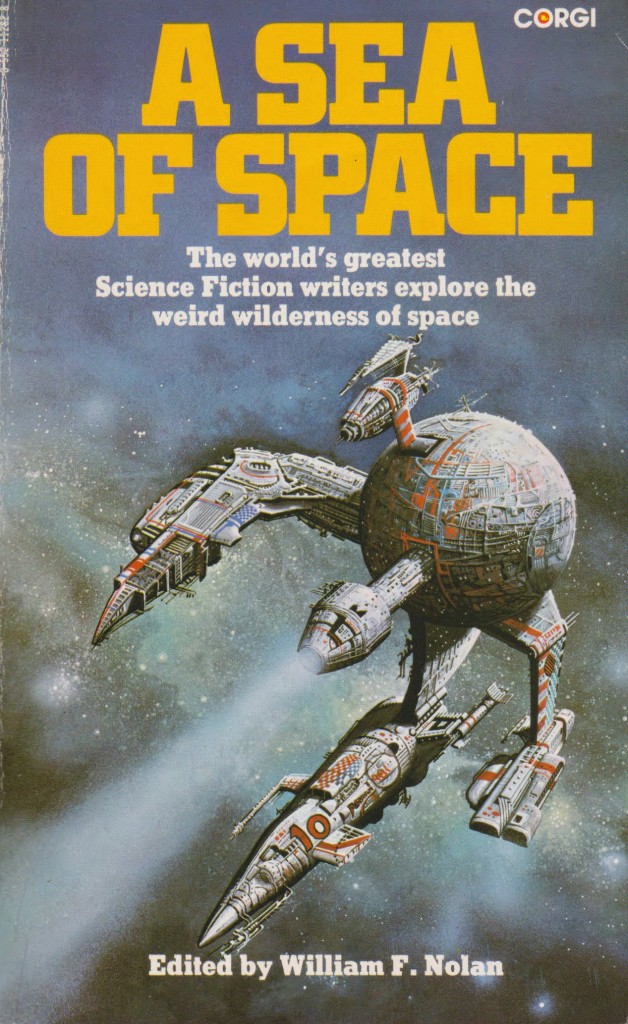 From the back cover: “NO BOUNDARIES! Science Fiction, recognizes no boundaries. Unlike the mainstream novel, it is not limited by time and place, or by conventional ‘wisdom.’ The best writers in the genre are pioneers, deliberately questioning the nature of reality, breaking down the boundaries of thought which limit our appreciation of its luminous possibilities. Their work is a tribute to the scope—and the power—of the human imagination.

The 14 fascinating, disturbing—or just extraordinary—stories in this collection are classic examples of an important and visionary art.”

From the back cover: “They seek to answer riddles that have no answer; They are bound on a quest that has no end. Thewson of the Lion Courts, Queen of the Beasts. Medlo, outlawed Prince. Jasmine the Dancer. Terascourus the Singer; And young Jaer, whose like has never been seen; Jaer, the greatest riddle of all…

They are the Revenants. This is their story.

In an isolated French chateau, a group of friends have fathered. While they taste the wine in the deep cellar, a nuclear explosion incinerates the earth. They are survivors, Robin Crusoes of a dead world, condemned to go back to man’s roots and reinvent the means of existence, the ancient forgotten skills of primeval man.

Follow these loving, hating, hoping, fearing human beings as they try to build a new and better world—and as necessity diverts them from defense to aggression in a haunting familiar pattern….”

From the back cover: “THE ULTIMATE ESCAPE. In the 21st Century, a strange epidemic has conquered an earth already overrun by pollution and revolt. Those who succumb call into their dreams, vanishing on strains of music into a perfect world that enthralls like a paradise and binds like a prison.

To the Stalker, whose job it is to bring them back alive… to the first woman President, whose charisma is her own worst enemy… and to the beautiful superactress who is the most desired woman in the world… the challenge has been set!

To meet it, they must embark on the ultimate escape.”