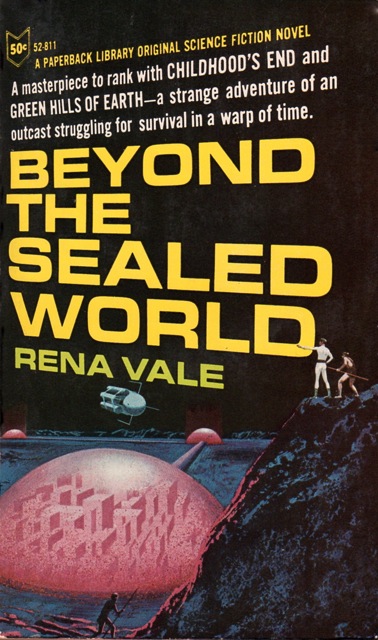 While browsing through my collection of cover images I’ve collated over the last few months for science fiction art post ideas, I came across the uncredited cover for Rena Vale’s Beyond the Sealed World (1965) and was transfixed!  The angle of the text, the mountain, the dark expanse of space, the little spaceship, the figures silhouetted against the night, and the surreal shape of the domed city connected to other distant domed cities… If anyone knows the artist (or has a good educated guess) please let me know!  The second edition cover (below) still has beautiful domed cities but the caveman, helmeted soldier, and white-clad (not for long, the dress is slipping) woman tableau ruins the feel.

Without doubt this will be a multi-part science fiction cover art series considering the amount of images on this theme I’ve found — there’s nothing I like more than visually stunning future cities, and visually stunning cities with domes are even better.  And good story is always a plus!

Are the domes simply to keep space out?  Or to keep people locked inside?  Do the inhabitants of these domed prisons know that there’s even a world beyond the walls?

(are any of the works worth reading?  I’m tempted by Rena M. Vale’s Beyond the Sealed World but then again she had a sordid career ratting out various Communist party members as an investigator for the House Committee on Un-American Activities!) 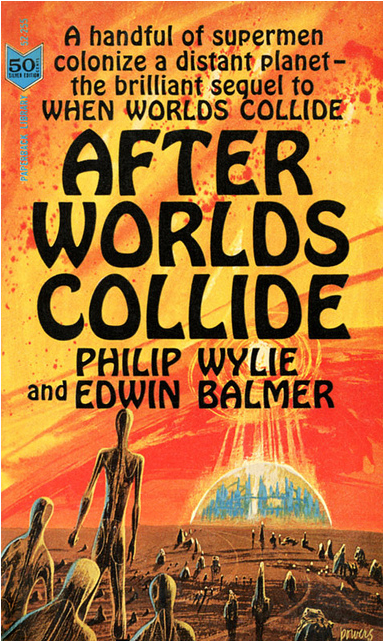 (Richard Powers’ cover for the 1963 edition of After Worlds Collide (1934), Philip Wylie and Edwin Balmer) 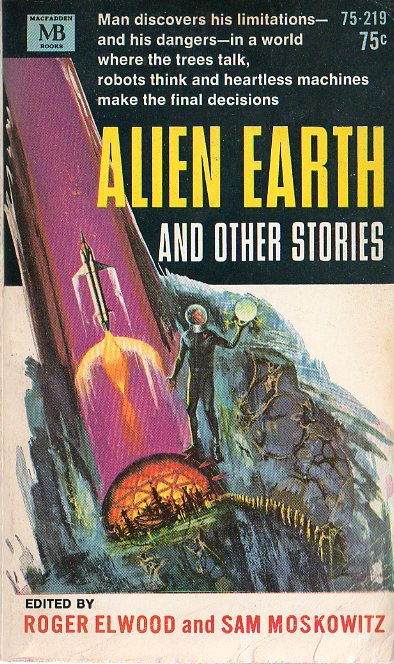 (Jack Faragasso’s cover for the 1969 edition of Alien Earth and Other Stories (1969), ed. Roger Elwood and Sam Moskowitz)

5 thoughts on “Adventures in Science Fiction Cover Art: The Domed Cities of the Future Part I”