I had a choice, one of the worst SF covers I have ever seen vs. a standard Richard Powers cover. Despite my undying Powers love, I chose the worst (weird white face bathed in purple/pink strangeness)…. you know…. a conversation starter? As I have read little of Simak’s non-novel SF, I was quite happy to I come across one of his collections at the local bookstore.

Ward Moore’s 1953 alt-history classic fetches quite the price online. Perhaps due to a renewed interest as it was recently published in the Gollancz Masterwork series. Regardless, I found a 70s edition (alas, a bland cover) for a few dollars. I’ve been listening to his humorous satire of salesmen Greener Than You Think (1947) as an ebook while at the gym and thought I’d give his most famous novel a go…

My Universe anthology series grows and grows–and, this one contains authors new to me, including Howard Waldrop, F. M. Busby, and Lee Killough.

Thoughts/comments welcome!  I doubt many will support my choice of picking the hideous cover over Powers, but, I can submit a picture of it to our esteemed purveyor of trash covers, Good Show, Sir! 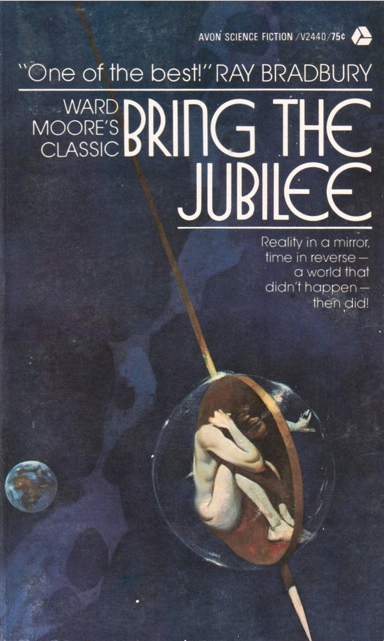 So begins the fantastic account of Hodgins McCormick Backmater, the strangest voyager you’ve ever met.  Journeying through the maze of time and history, he is our guide to a world that never was, to events that never happened — yet somehow through his eyes take on a super-reality we cannot deny!” 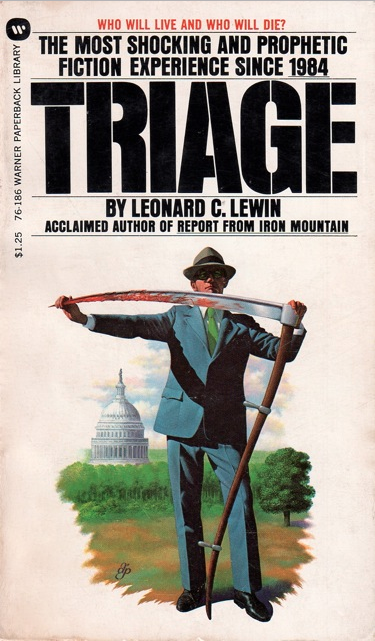 From the back cover:”WHEN THE GOVERNMENT ELIMINATES THE SOCIALLY UNFIT-WILL YOU BE THERE?

A plan for government-approved murder for social benefit had already been scheduled by the President.  It called for the latest technique in liquidation: controlled wars, psychological self-destruction, and selective termination of the aged, the infirm, the unstable and the unfit. The first phase began with a unique method of extermination for hard-core drug addicts.  And only God knew where the second phase would end…

TRIAGE. THE MOST SHOCKING AND PROPHETIC FICTION EXPERIENCE SINCE 1984.” 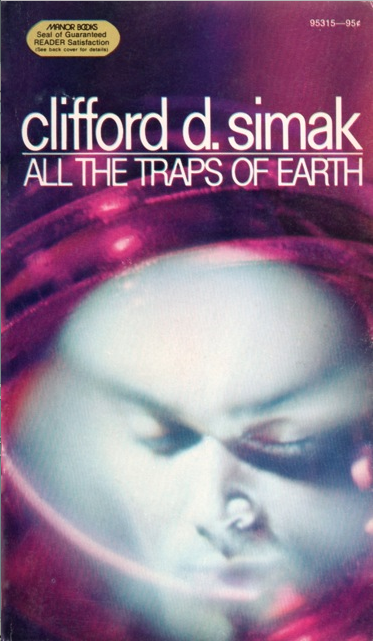 From the back cover: “In the world of the future

…there will be robots that think–time machines–space travel–inter-planetary trade wars, and strange creatures from other worlds.

But human passions remain the same.

In this collection of brilliant stories, a noted science fiction writer shows a universe which everything is unfamiliar but man’s unchanging emotions–self-preservation, greed, honor, cowardice, love and passion.”

From the inside flap: “Enter through the stellar portal of UNIVERSE 10, where an astronaut must confront humanity’s ultimate fear of the unknown.  Wander into a colony filled with artistic bizarreness and taste the deliciously evil nature of Bête et Noir. Take Edgar Rice Burroughs one step further to a place where extinct creatures from Earth’s past reemerge.

There are but a few of the intriguing tales that await you in UNIVERSE 10, from the award-winning series of original stories specially gathered by the well-known and respected editor-writer Terry Carr.  This compendium contains new stories by some of the best writers in the science fiction cosmos, including James Tiptree, Jr.; Michael Bishop; R. A. Lafferty, and F. M. Busby, along with two special non-fact articles. UNIVERSE 10 is sure to leave you thinking about the “shape of things to come.”