2. I’ve never read James Morrow… I might as well start with his first SF novel.

3. Bob Shaw’s “Light of Other Days” (1966) is a brilliant piece of short fiction. And I finally have the novel version. After the relentlessly average Shaw novels I’ve read, I look forward to his acknowledged best.

My other Bob Shaw reviews:

4. I bought this virtually unknown Doubleday edition due to the art. First class art. Check out my  exploration of her work: Collage and Mechanism: Anita Siegel’s Art for Doubleday Science Fiction.

Wait, there’s one other reason–I’m slowly collating titles for an “academia in SF” list and I might as well read a few of them.

Thoughts and comments are always welcome!

Note: Hi-res scans are of my personal copies. 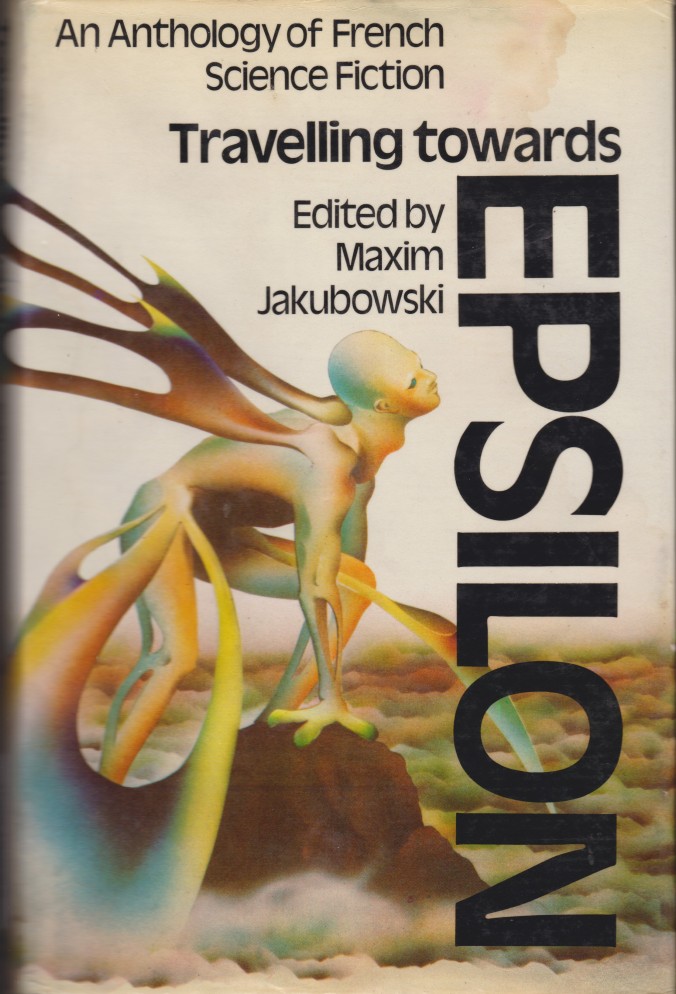 (Christos Kondeatis’ cover for the 1977 edition)

From the inside flap: “Travelling towards Epsilon is an absorbing collection of the best science fiction of recent years from France an is the first such compilation ever published in hardcover in this country. Many leaning science fiction writers are introduced to the English reading public for the first time through the remarkable, unobtrusive translations of Maxim Jakobuwski and Beth Blish.” 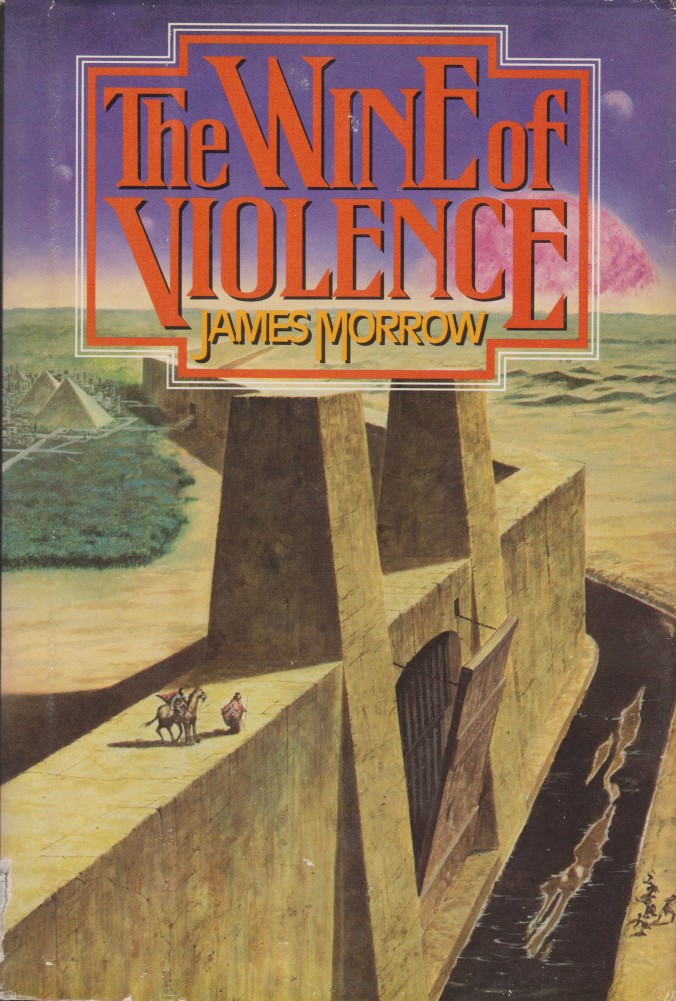 From the inside flap: “‘There was a time, believe it or not, when human beings did each other harm. In the chaotic ages preceding the Stromboli Solution, torture, rape, war, and murder happened almost daily. Violence reigned like a soulless despot. Self-defense was a growth industry.

Scholars today agree that, of all the pre-Stromboli schemes for conquering aggression, only one merits preservation in our collective memory.

This is the story of Quetzalia.’

….And it is a brilliant and provocative a story as anything modern-day science fiction has given us. For Quetzalia is no ordinary or simple utopia. On one side of its split society, behind the most curious of fortress walls, lives a culture free of machine technology, with its moral and religious precepts based upon the mystical and more pacifistic practices of ancient tribal Mexico. On the other side, over the planet’s wasteland plains, roams another more subevolutionary species, a people of abysmal savagery known as Neurovores (“brain-eaters”). Between them runs a wide river of liquified hate–a remarkably caustic substance called “noctus.”

The disruption of Quetzalia begins with the arrival of a galactic expedition from their return to Nearth (from “New Earth,” the future center of the human diaspora). After its crew of four scientists is almost immediately halved by Neurovore attack, the two survivors–an easily upset entomologist named Francis Lostwax, and an aggressive physicist named Burne Newman–are taken in by the peaceful Quetzalian Army to rid the planet of the Neurovore plague, form the two main strands of this marvelously antic saga, with plots within plots played out against a wickedly funny and wholly ingenious portrait of an aberrational paradise.”

(Uncredited cover for the 1978 edition)

From the back cover: “Alban Garrod, scientist and amateur detective, creates a new type of glass which records and stores the events seen through it, only to reveal them months or years later. Slow glass brings Alban fame, wealth, problems with his love life and danger when the Government, like a super Big Brother, wants to use micro-spy bugs for its own purposes…”

From the inside flap: “What was the Kiley Proposal? And why was its author reluctant to take credit for it?

For years universities have been restive sounding boards for those who talk of revolution, or a new system, of freedom for every man. This chilling tale begins the same way–a university and a riot–only this time it’s a successful riot and a new epoch in the American Way of Life begins. Robert Kiley, a member of the faculty, views the change as a giant step forward in the educational process and even lends his name to the program to carry it out. But his effort bring him far more than he bargained for when it becomes necessary for a colleague to place him in a state of suspended animation to save his life. Awakening a considerable time in the future, Kiley fins that he is still on the university campus where, through some strange metamorphosis, he has become the spiritual leader of the people. The only problem is that he can’t understand where he fits, in that distant time when everyone speaks in a distorted version of today’s jargon, everyone has a Ph.D., the university has become the world, and old world a barren wastland [sic] where no one dares venture. But the money still comes from Washington and as the “leader” it seems to be Kiley’s task to obtain it, a job launches him on a journey across America which shows him just how alien a being he has become.