Note: I’ve changed the post title “Acquisitions” to “Purchases” for the sake of clarity. Some readers (especially on twitter) assume I’ve read these books. I’ve just bought them! (or they are unread books from a pile I bought a while back but never processed). These posts provide my initial half-formed thoughts, links to related reviews, front cover scans of my personal copies (unless noted), and back-cover info. For full-formed thoughts on books check out my reviews. I’ve also changed the format. My “initial thoughts” can now be found after the back cover blurb. Let me know if the format changes are helpful.

As always which books/covers intrigue you. Which have you read? Disliked? Enjoyed?

From the back cover: “The dust came first.

It began piling up in the streets and on window ledges—red dust, inches thick. In London, the wind toppled the flimsier buildings and forced the airlines to suspend service. Midway in the Atlantic, the S. S. United States had to turn back because of heavy seas. Tokyo and Singapore reported widespread flooding and fire damage.

Then, at the rate of five miles per day, the wind force bean to accelerate. By the end of three weeks, it had passed hurricane velocity. Buildings were falling, looters prowled the streets and food supplies were growing short.

Science was powerless to analyze or halt the global cyclone. Ruthlessly, it stripped the earth to its seams—turning Paris and Rome into jungles of falling masonry, leveling proud landmarks, eroding fertile plains.

Would man be swept from the face of his planet? Or could a way be found to fight the relentless fury of Nature gone mad?”

Initial Thoughts: J. G. Ballard is a personal favorite. While I never reviewed The Drowned World (1962), I placed it in my preliminary Best of the 60s list (hasn’t been updated since 2015). My review of Ballard’s “The Dead Astronaut” (1968) rekindled my interest in tracking down the rest of his 60s visions.

Ballard disowned his first novel The Wind from Nowhere (1962). He claimed it was hackwork which he wrote in a few days. If Kafka is any example, I care little for what an author retrospectively says about their fiction. Burgess disowned A Clockwork Orange as he was annoyed it was the only novel he was known for (um, it made him a ton of money that allowed him to write whatever he wanted). Octavia E. Butler disowned her third Patternist novel Survivor (1978). Reviews online claim it’s worth reading (the $350+ price tag prevents me from buying a copy). Gene Wolfe also disowned his first novel.

Ballard’s The Wind from Nowhere might indeed be his worst novel–and that’s okay for three reasons. 1) Even his average works are better than most. 2) Authors aren’t always the best judge of their own work. 3) I like the act of exploring.

From the inside flap: “This provocative novel continues the adventures of Andrew Ames, whose experiences on another planet were related in Marie C. Farca’s first novel Earth.

Ames i the “Complex Man.” His home is an inverse, highly technological Earth of the future where reproduction is achieved through clinical cloning, where people live in huge multilayered cities completely apart and sheltered from the natural environment. To that sterile world Ames returns after some time spent among a people whose simple community, complete with villages, fields, and forests both amazed him and left him wondering  which life he really preferred and which was more the way things were meant to be.

Thought of that pastoral realm continue to bedazzle Ames as he struggles to readjust to what has become an almost alien way of life. But subtle forces are bringing change to his home planet, and as this parable of the future man moves to its surprising conclusion Ames discovers that the very technology that identifies his culture is leading it to a society more like the one he once lived in.”

Initial Thoughts: I bought this because of the fantastic Anita Siegel cover. No shame. She’s a favorite of mine (art post). I had no idea this was the second in a series as isfdb.org lists them as standalone novels. I’ll need to buy the first one. As for Marie C. Farca, I can find little about her online. Here’s here SF encyclopedia entry-–which is so general it suggests the writers hadn’t read her books. 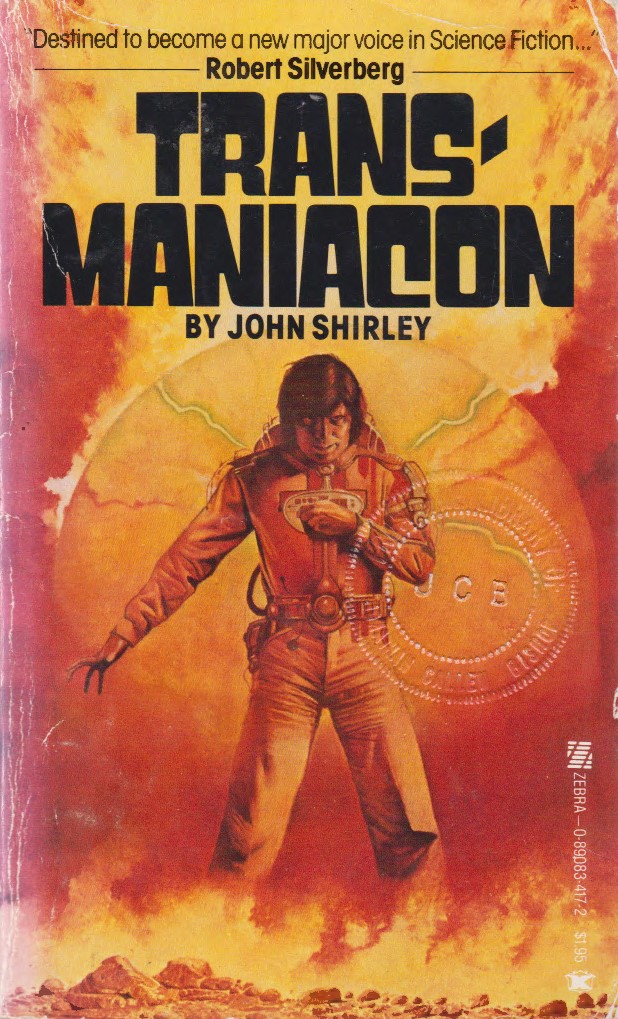 From the back cover: “BEN RACKEY

Foremost Professional Irritant, remarkable in acting both as burglar and inciter in the bizarre and pleasure-seeking world of the 22nd century is a fearless, ruthless man of ingenuity, completely overwhelmed with his own strength. His lated and most dangerous assignment is to steal

A dangerous and fragile device for the augmentation of the telepathic transfer of mania. By seeking out and amplifying strong, hostile human emotions, the excited can turn a street brawl into a ragging mov and a border skirmish into a full-scale war. As soon as Ben has possession of it he will have the power to destroy

Conceived as the perfect defense against nuclear, biological, and chemical warfare, it was activated in 1989—an invisible screen of densely flowing ions entirely enclosing the continental zone labeled “The United States.” Once the barrier is demolished Ben can escape.

THE DANGEROUS, GROTESQUE, AMORAL WORLD BEYOND THE FARTHEST REACHES OF CHAOS!”

Initial Thoughts: As I read and enjoyed John Shirley’s early cyberpunk novel A City Come-A Walkin’ (1980), I went ahead and bought his first SF novel—skirting around the edges a bit before reading an author’s best known work is my style. Excited about this one. 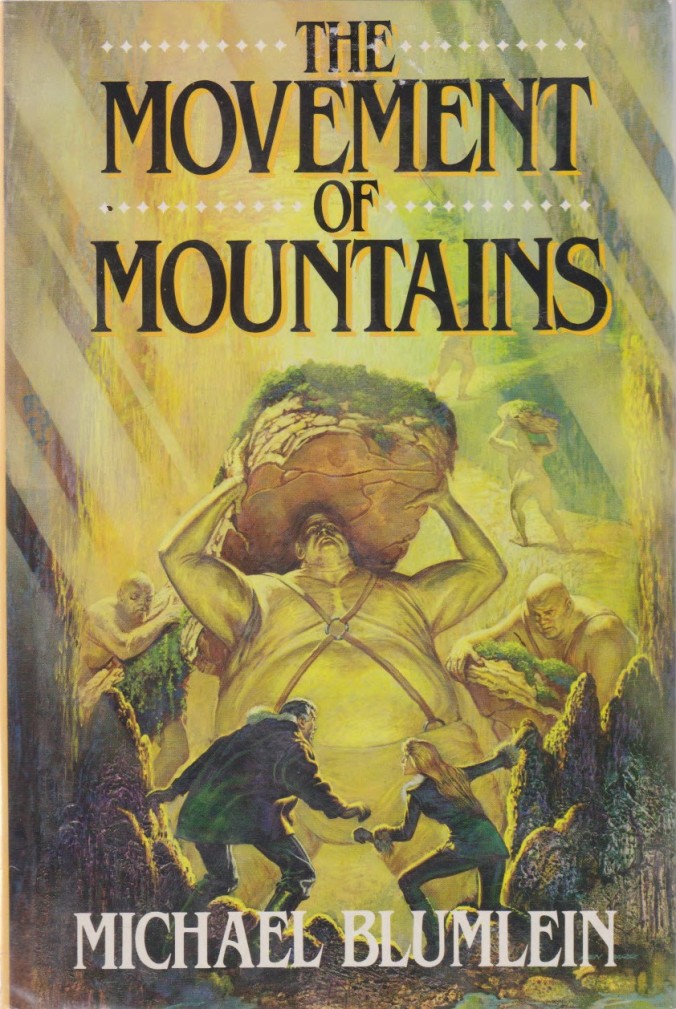 From the inside flap: “Jules Ebert is a physician in a near-future world on the brink of economic crisis. In spite of the constant budget cutbacks at the medical clinic where he works, Jules is content with his life. But his lover, a woman named Jessica, is restless: sensing that there is no future for her on Earth, she persuades Jules to travel to the colonized planet of Eridis, where she will work as a research scientists. Jules agrees to take up practice there, administering to a race of genetically engineered slaves, the Domers.

Designed to mine a fungus that is used in a new wonderdrug, the Domers are huge and corpulent creatures with five-year lifespans; their bodies recycled to create each succeeding generation. A new strain of virus disrupts their carefully orchestrated lives, however, conferring strange memories; with them comes the pain of hope. The Domers’ intellectual awakening poses a complex moral dilemma for Jules: should he cure the disease, or allows its dissemination on the change that it will liberate both the Domers and the rest of mankind?

Certain to spark controversy and garner acclaim, The Movement of Mountains will prove to be one of the most though-provoking sf novels ever published.”

Initial Thoughts: I know little about the author or his work. Michael Blumlein seems to have written some interesting experimental fiction for Interzone condemning Reagan—“Tissue Ablation and Variant Regeneration: A Case Report” (1984). And, as I am interested in medical-themed SF, that one at least seems like my cup of tea.

Check out my review of William Kotzwinkle’s Doctor Rat (1976) if you haven’t already.