Two themed anthologies—one in “honor” of the election [*cough* I mean, well, I won’t go all political] year cycle…  Another on one of my favorite SF themes, television of the future!

That said, both Asimov edited collections (from the 80s but with stories from only earlier decades) have a serious fault: out of the combined 35 stories there is not a single story by a woman author.  I’ve read a vast number of 60s/70s collections which do not fall into this trap…. Orbit 1 (1966) almost manages gender parity!  I can think of numerous stories by women authors that fit both themes.  For example, Kit Reed’s wonderful “At Central” (1967) fits the TV anthology!

A hard to find for cheap early M. John Harrison novel…. Unfortunately I only found a much uglier edition that the one I show below as the rest were out of my price range….

And, a complete shot in the dark—a SF novel by the mainstream French/Lithuanian novelist/screenwriter Romain Gary, the author of White Dog (1970)..

As always, I’d love to hear your thoughts + comments. 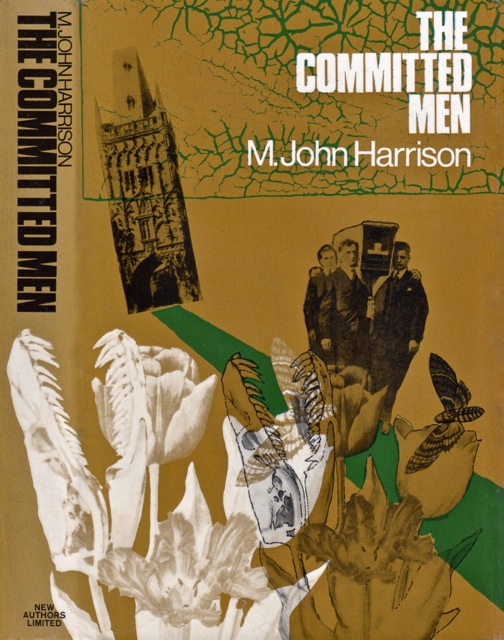 From the back cover of a later with an altogether uglier edition (VGSF Classics, 1989): “In a bleak present-future Britain, mounting radiation levels brought about widespread deformity and a catastrophic collapse of society.  The crazed and cancered remnants of the population are bent upon stamping out abnormality with messianic zeal.  But those few who look beyond their own, doomed struggle for survival know that only a mutant version of mankind can survive in this poisoned environment.” 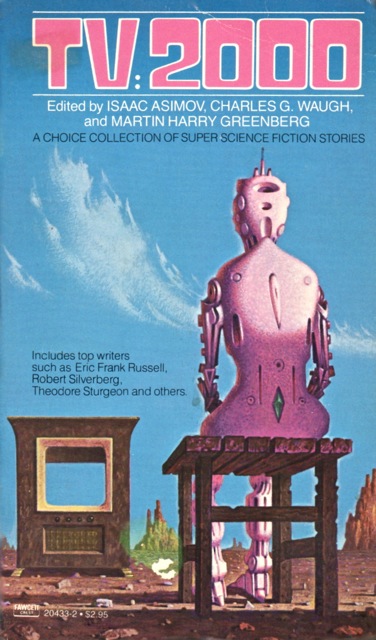 From the back cover: “WHO REALLY CONTROLS TELEVISION?  WHAT DOES IT ACTUALLY CONTAIN?  HOW DOES IT AFFECT US? In this book, science fiction masters give us a fascinating picture of the awesome powers of television—and what it will be life in the future.  It includes such stories as:

‘I SEE YOU’ by Damon Knight.  Viewers are suddenly able to tun in on their neighbors…

Eighteen top stories [and not a single one by a women!] of a TV future that will chill your mind and set your spin tingling.  By America’s most celebrated science fiction writers…”

(Uncredited cover for the 1984 edition)

No back cover or inside flap blurb.  But, I think this collection is rather self-explanatory.

From the back cover: “IT LEAVES YOU BREATHLESS!  It’s the gasp—the strange force, more powerful even than atomic energy, that leaves men’s bodies at the moment of their death.  Is it warfare’s ultimate weapon—or man’s immortal soul?  THE GASP is a dazzling novel in the tradition of Dr. Strangelove and Cat’s Cradle.  It will make you laugh, it will make you tremble—and like the gasp itself, it will leave you breathless.”