An eclectic range of books from my annual pilgrimage to Ann Arbor, MI.  Unfortunately, the anthology series I was most excited about—Best of New Worlds and Orbit—were lacking from the shelves of Dawn Treader Books….

Also, I also procured a 1967 Nebula-nominated novel by Hayden Howard, more Richard Holdstock, and a collection containing the famous short story “Beyond Bedlam” (1951).  Over the next few weeks I’ll post the rest of my acquisitions. 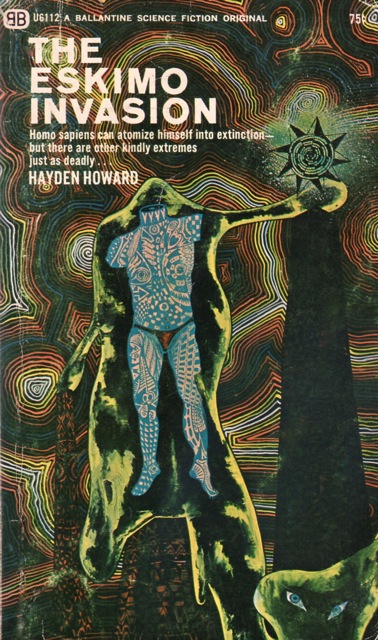 From the back cover: “Dr. West was puzzled, frustrated, and mad.  He knew something was wrong up there in the Boothia Sanctuary, but what?  Why, really, did the government want to keep him out?  He didn’t for a moment believe the spurious political excuse of preserving a “cultural sanctuary” intact.  What were they hiding?  What could possibly be wrong with a harmless, lovable, group of Eskimos?  Dr. West could never leave a puzzle alone.  Besides, if he went up there, maybe he could get proof.  Of something.  Unfortunately, even when he did, no one believed him…” 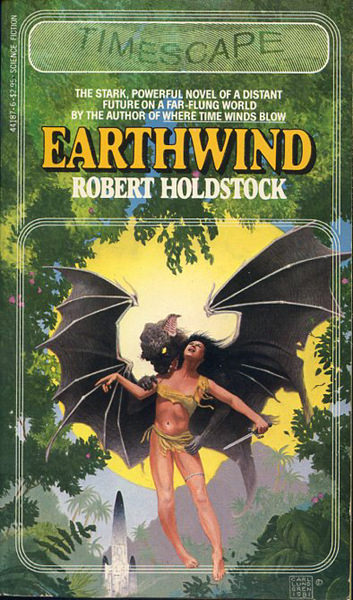 (Carl Lundgren’s cover for the 1982 edition)

From the back cover: “TO HEAR ITS SONG IS TO GO MAD UNDER ITS SPELL…

One a stone-age planet in 36th-century space, a world of flying beasts and primitive men, Elspeth stands alone, shivering and naked, enthralled by the power of the mysterious rune the natives call the Earthwind.  There is something she dimly remembers, something she must come to understand before too long.  Something that might still save the others from Earth before the reckoning… before it is too late to know the vital secret of the EARTHWIND.” 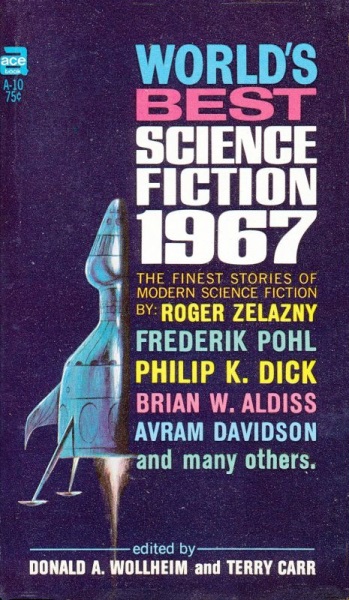 From the inside page: “WORLD’S BEST SCIENCE FICTION: 1967 contains possibly the most unique collection of sf stories ever assembled in one book.  In it you will enter the world just around the corner—the illusive and fantastic corner of time:

The future millenia [sic] away—when Man is extinct and only his computers and robots roam the Earth, in senseless mechanical patterns worshipping the long-dead race that created them….

Or the reverse corollary—when future Man worships the computer, and each man has a personal god who answers his prayers, even though Man has found the key to immortality…

Throughout this marvelous realm of the new science fiction on theme is outstanding: How might any of countless alternate futures affect Man—affect you…?”

(Ronald Walosky’s cover for the 1967 edition)

From the back cover: “How Far Is Way Out?  If WYMAN GUIN tells you, it’s more miles than man can count and lost time which man cannot even contemplate.  In these choice suburbs, you’ll find families whose lives are similar to ours, even though often something is terribly wrong.  Earth, too, is a choice suburb and the events in Guin’s earth families are plagued by something wrong.  The only way to discover these awesome secrets is to try LIVING WAY OUT in these pages.”